New changes in the market and their causes 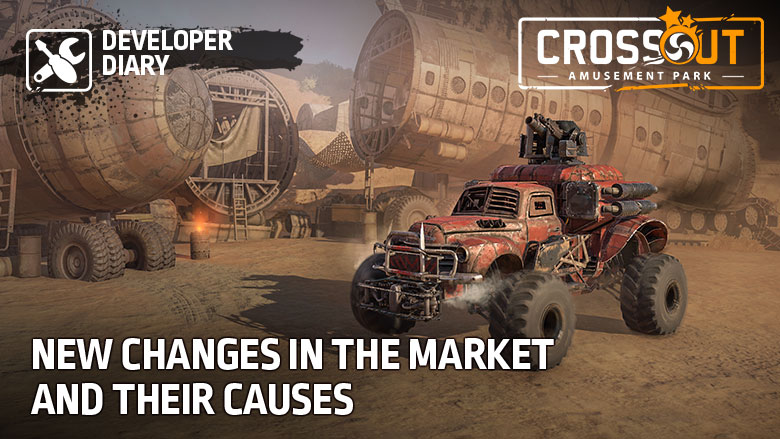 Today we would like to talk about the latest changes in the market and why they are being introduced.

Many of you are aware of the term “Address in-game transactions” (when one player knows exactly to whom he will sell the lot) from the game. Those of you who are actively using the in-game market know how this happens: the price of certain items starts to jump or fall sharply for no objective reason. It certainly does not look like a fair price formed as a result of the supply and demand balance.

Please note that address in-game transactions are conducted for the purpose of transferring funds from one account to another. As well as any other fraudulent actions, such deals are prohibited in the game. But a transfer of valuables from one in-game account to another is only half the problem. These actions are also used to withdraw funds from stolen accounts and to launder money from stolen cards (so-called “fraud”).

All of this causes direct damage not only to the game, but to the players as well. To commit fraudulent actions, accounts without two-step authorization are often hacked and used, which, in turn, leads to their blocking and the player losing all progress in the game.

Why are address in-game transactions possible?

As you probably guessed, such operations are possible due to the fact that players can set any price for the offer, i.e. get extra profit from a speculative trade. You can reasonably note that at the early development stages this feature was announced as one of the main ones. However, let's take a closer look at how this actually works.

It is important to understand that “setting any price” is not equal to “selling at any price”, since it always takes two people to complete a deal. Moreover, both participants (both the seller and the buyer) must consider its conditions acceptable. That is, when setting “any” price, it is not certain that you will be able to sell or buy anything.

As a part of this blog, we would not like to dive into all the nuances of the “Depth of Market”, which is implemented in our in-game market. But we consider it necessary to point out some of its extremely important features:

In one of the past updates, we left free pricing for players who enabled 2-step authentication, and for the rest the ability to trade certain items was blocked and the dynamic price corridors were introduced.
As a result, the market was not harmed and the number of players trading with a connected two-step authorization increased by several times. Such growth in the number of accounts protected from hacking is good news.

Interesting fact: according to statistics, 98.5% of real sales were made within the price corridors even before the 0.12.5 update. And for the remaining 1.5%, the share of fraudulent transactions is about 90%. This means that in the absolute majority of cases, the ability to set “any” price is used to make address transactions, which harms both the game and other players.

What has changed in the market?

Based on all the information received during the observations, we decided to make the following changes to the market:

How do these corridors work?

We would like to specifically note that we do not pursue the goal of introducing strict price regulation and do not have such plans in the near future. As before, it is the players who will influence the market prices - this is as important for us as it is for you.