Crossout development: how balance changes are made 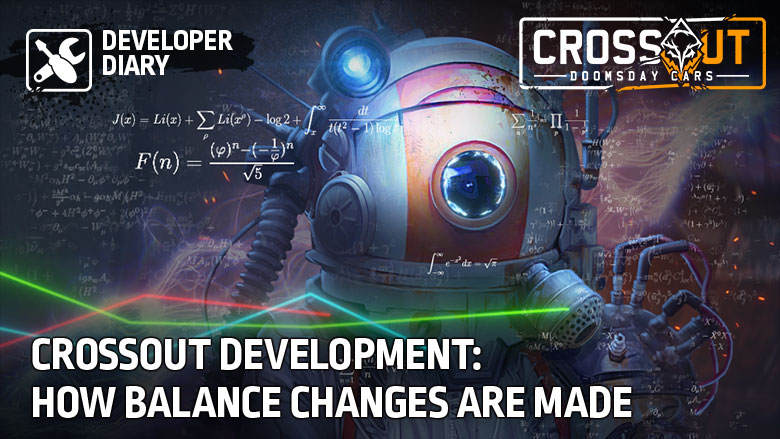 Hello, survivors! In the comments, you often ask: “When are you nerfing hovers?”, “Why don't the devs increase my favourite gun's damage?”, “What are the test servers for?”. It's time to talk about how we make balance changes to Crossout — from your feedback, through development, to getting the changes into the game. Let's go!

Why are we testing on special servers?

We are sure that by giving players the opportunity to “feel” the changes, we will get better feedback based on actual experience. Besides, it will give the player the opportunity to actually test the change not only as is but also in combination with other weapon mechanics, modules, co-drivers. Check his own armoured vehicles or change them to fit a new strategy, which will make the feedback more “profound”.

Making many changes that seem simple requires changes to the code. This, in turn, can affect the operation of the game on different configurations of computers or game consoles. It is not possible to cover all possible combinations in the developer's office or with the help of super testers. Therefore, players on test servers help us catch bugs before the changes are released.

Imagine the situation that happened on the test server: Survivor 1 fired a missile at Survivor 2. Survivor 2 manages to destroy the armoured car of Survivor 1, but the projectile 1 explodes the engine 2, although the first survivor is already gone. The situation is random, reproducing it is very difficult and will take a long time. And something here could “break” the game.

How do we respond to feedback from players?

A detailed text with an objective assessment really makes us happy, and a couple of sentences with insults — not so much, because they do not contain any information that will help improve the game. Also important are screenshots and videos where the problem is clearly visible.

Recent examples where balance changes have been made to Crossout based on feedback from players.

Before the balance changes in the 11.40 update, it was players who pointed out that the Assembler's excessive strength lies in the accuracy and velocity of its projectile — as a result, these parameters were tweaked.

Players also asked to replace the perks of “Punisher” and “Crusher” with those that would correspond to the weapons of relic rarity, and on the contrary, for “Spark” they wanted us to slightly weaken the perk that was too effective for a “legendary”. The changes were made thanks to the survivors and now we closely monitor the stats of these parts.

Thanks for the help!

Why not all feedback and suggestions from players can be useful for developers?

Players in Crossout are not always as objective and impartial as possible when it comes to some favourite weapon, module or cabin. What seems to be the ideal solution can often have a negative impact not only on one particular part but also, for example, on an entire class of weapons. Therefore, we always check the actual statistics from the live server and the fresh statistics after testing.

Players do not have access to this data, so it is difficult for them to objectively assess the need for change.

For example, consider recent tweaks to the “Rapier”. It was too strong in matches with rookies who could not adequately assess the threat and allowed opponents with autocannons to shoot their armoured car from a distance. As a result, “Rapier” became the most popular weapon at low Power Score with the highest damage and win rate. We saw a big imbalance in the statistics, although then the players did not appreciate these changes. Here is one of the charts we used for guidance: 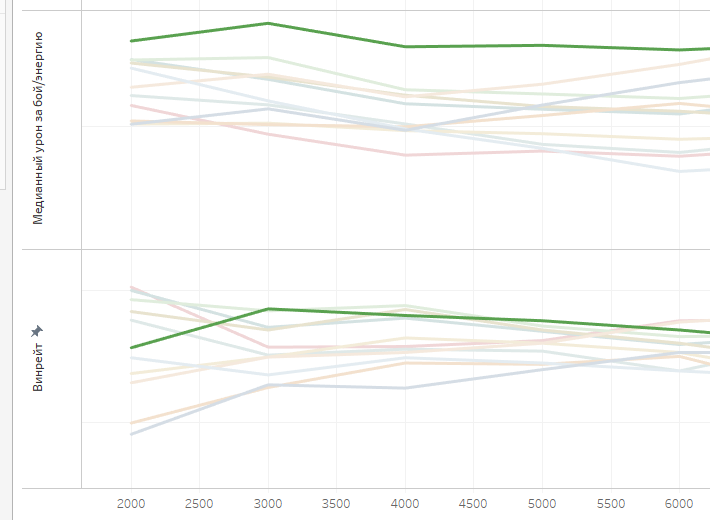 It is also important to take into account the interests of all survivors, not just those who ask for tweaks. For example, after testing hover changes, players asked for the option to rotate this chassis. But other survivors will still put hovers parallel to the direction of movement to make the narrowest armoured car, which is difficult to hit.

What do we look at first when working on the balance in Crossout?

We look at the sum of statistics and feedback from players. Particular attention is given to the parts whose statistical values look suspicious. And mass complaints of players once again confirm the need for changes.

Work on the balance in Crossout is carried out every day. In order to be more accurate, developers need as much feedback from players as possible. Participate in public testing, survivors! And remember to post detailed feedback. Perhaps your message will help make Crossout better!