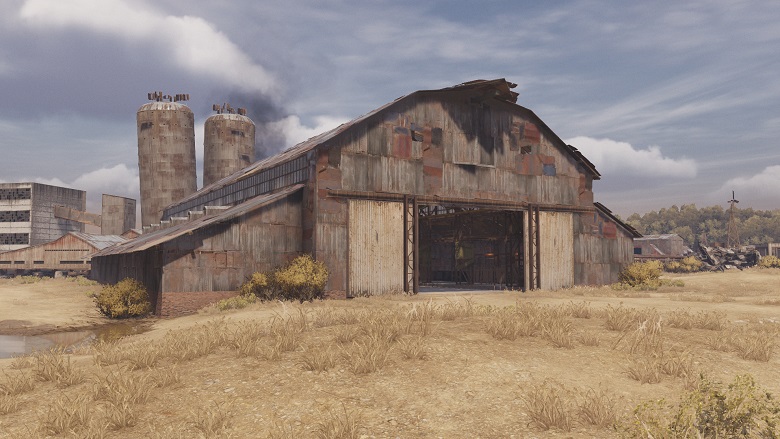 Greetings, survivors! Today we will tell you about the significant change in Crossout — the new starter garage! Which all players get for free in the 0.11.40 Crossout Birthday Update. Also, note that the new garage will replace the current one. Before we move, let's get acquainted with our new home and its terrible secrets.

ATTENTION: content shown in this publication is at the development stage. The final version can differ both externally and functionally.

Once upon a time, the “New Dawn” farm supplied the entire district with meat. But then it turned out that some meat products were extracted not from carcasses of animals, but… Here the versions differ therefore we won't guess happened in one of the barns after all. Since then, the farm has been empty.

Until Ivy XO's scouts found it. The leader of Engineers looked for a new shelter for survivors long ago — spacious to both drive and shoot some targets. And change the scenery.

There are no large unused areas in the new garage. We placed a shooting range in front of the gate: now you don't need to leave the garage and spend time on the road to test everything. We also made a new space for racing enthusiasts — in the old garage there was only a number of jumping ramps, and we wanted the functionality to match the needs of survivors. Finally, we built an arena where you can fight raiders. In the old garage, this function was performed by the landscape, so there were few partial shelters.

The visual scenery of the abandoned farm will allow survivors to be distracted from the deadly Wasteland and breathe this oasis of tranquillity.

Stay tuned about Crossout 0.11.40, survivors! This week we will talk about the third rookie of the Wasteland, as well as how you can get new parts.