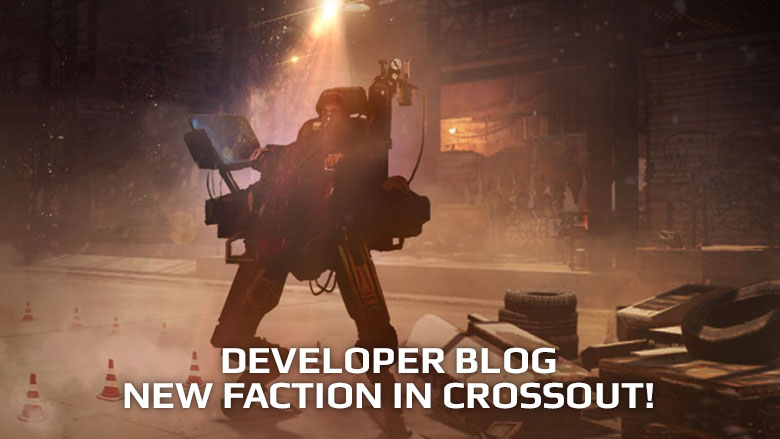 A new faction will emerge at the start of next year. You'll hear the final release date a little later, but we are ready to reveal some interesting points today.

Who hasn't heard of the Engineers? Close-knit idealists willing to come to the rescue, give literally everyone a chance at survival. But are their motives that pure? Those who are not afraid of the truth know that the Engineers used to be a force that everyone had to reckon with. Once their power grew so much that it began to scare people. And, united, they overthrew the dictatorship of the Mentor. But he could not have achieved his past heights without a strong ally.

When the Mentor's empire collapsed, not everyone agreed to lay down their arms and follow Ivy on the path of redemption. There were also those who did not want to play by the rules of others. And soon they will return to the Valley again.

We have already mentioned that the “levelling” of a new faction will be different. Let's see how it works.

Attention! The mechanics of levelling existing factions will remain the same!

With the release of the update, a special in-game event will begin, which will be available to all players. We plan that it will have at least 50 levels (the exact amount may change). Reaching each level will take you one step closer to getting all factional items. Thus, all players without exception will be able to unlock:

Also in the update with the new faction, the mechanics of a Battle Pass will appear for the first time. What is the difference between playing with and without it? For those who purchase a pass, the new faction will provide not only everything mentioned above, but also:

An important point to note: the event with the new faction will be available for a limited time. This means that when it is finished, you will only have the recipes for the parts that you managed to get.

To get the levels of the special event, you need to complete unique challenges for getting in-game patches. The challenges will be both daily and weekly. If you can’t enter the game and have remaining weekly challenges, they will be saved and transferred to the next week. By returning to the game and finishing them at an accelerated pace, you can catch up on some of the missing levels. Daily challenges will be updated every day. Please note that they are not carried over to the following days if you missed them.

If for some reason you do not have time to get all the recipes, do not despair. You can purchase parts from other players on the market, and access to recipes for their crafting may appear again, but much later than the event itself. After some time, all players who did not have time to take part in the event will also have the opportunity to unlock the structural parts of the new faction. The way to unlock them will be announced later.

That's all for today. We will share with you the details and announcements in the coming year. And finally, we would like to show how some of the parts of the new faction will work:

Happy New Year to everyone and have a good rest on holidays!