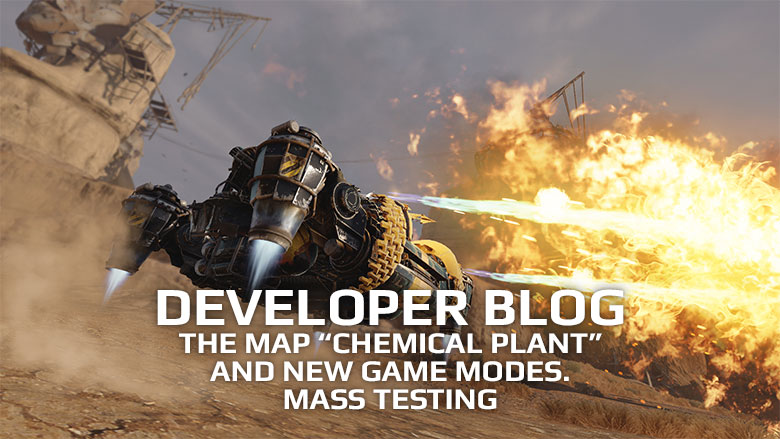 Today, the test server will once again open for everyone. What changes await us this time?

Please note that all the features and changes described in this blog are preliminary and may still be changed before the final release on the game servers. 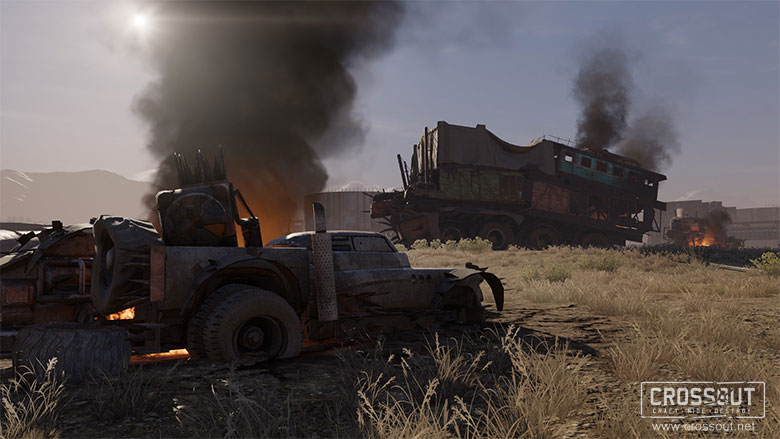 The map is zoned by roads that remained at the factory. Wide and open driveways provide a good overview and lines of sight for some sections of the map. Numerous factory buildings serve as shelters and provide ample space for manoeuvring armoured vehicles focused on melee range.

The battles on the map will follow the “Domination” scenario. Three main points are located on the map — the railway station, the place of the convoy explosion and the “treatment facilities/chemical workshop”

Heavy vehicles can immediately try to capture the central base, and fast cars can capture the nearest point and then get closer to the battlefield or get to the farthest point and capture it.

Please note that new modes are available in “Custom battle” on the test server. At the moment, we have no plans to include these modes in the brawl schedule. With the release on game servers, the modes can become missions or activities for special events or tournaments.

The mode is a PvP battle in the “Best of 3” format (the winner is determined by the results of several rounds). The main feature of the mode is the familiar mechanic of repairing an armoured car. Let us remind you of the basic principles of this mechanic: 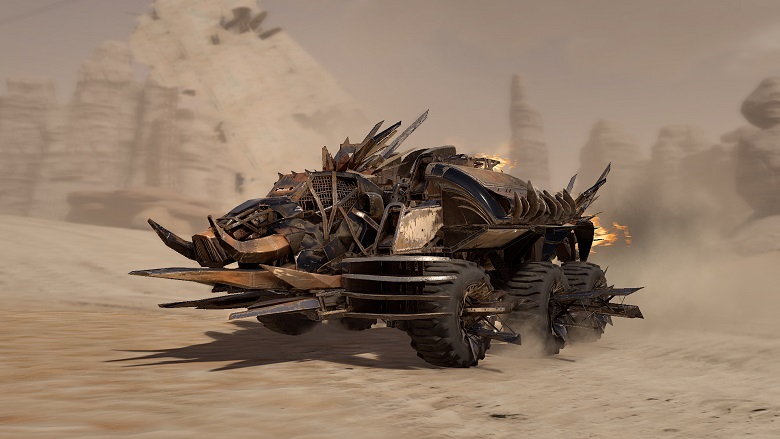 Fight against opponents in intense close combat! The battle takes place on prebuilt cars with boosters and the “Tusk” cabin, which means that your skills, reaction and cunning will play the main role. Maneuver constantly, try to ram the enemy at maximum speed and remember to monitor the battlefield! Who knows, maybe at that moment someone's tusks are ready to tear your “Boar” to pieces?

Flamethrowers, boosters, harpoons and hovers — what else can you need for a crazy brawl? Harpoon and burn everything that moves, because it is this deceptively simple tactic that is the key to victory!

Changes in the inertia of hovers

Thanks to the previous mass testing and your reviews, we made the necessary changes and achieved the correct behavior on hovers, which helps cars climb inclined surfaces not due to inertia, but due to traction (like cars with wheels) and, at the same time, they will not be able to climb into many places on maps that are not available to other movement parts. We suggest you try out updated hovers and share your opinion in a special thread!