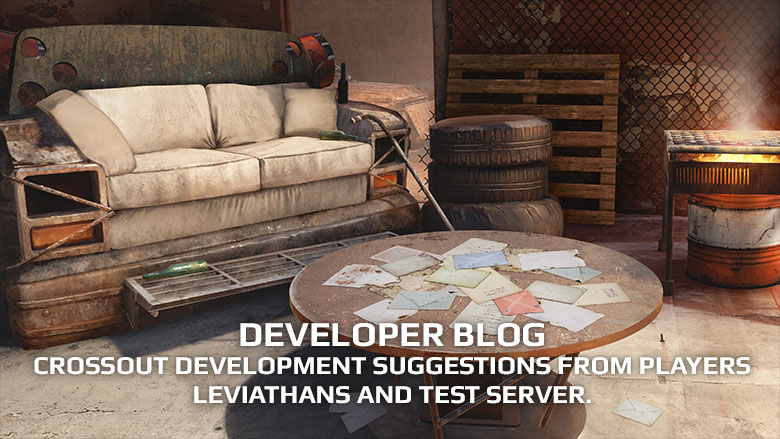 Greetings to all survivors!

We are continuing the series of developer blogs, which serve to keep you informed of suggestions from players that were accepted and which with a high degree of probability may be realized in the game in one of the upcoming updates.

We remind you that all the features described in this blog are not final and are still in development. Some of them may be included in one of the upcoming updates, but the final information about this will be revealed only in forthcoming news items. The mere fact of mentioning a particular suggestion and information about it being in the works does not guarantee that the change/feature will appear on the game servers.

And we would like to start with numerous questions and suggestions on part customization kits. We looked at many options of how you see CK in the game and came to the decision to completely rework the existing mechanics.

We remind you that at the moment for every part, whose appearance you want to change, you need a separate CK. After the rework, the CK mechanics will be similar to that of paint: only one CK will suffice to change the appearance of several identical parts — practical and straightforward. With the same ease, you can remove the CK from the part at any time (except for battles, of course) without having to spend any resources on it. It will be possible to apply CK to ordinary parts as well as to their "temporary" variants.

We will not forget about those players who have several identical CK in storage. The “excess” packs will be removed from storage and compensated for.

For those who asked, waited and hoped for new CK, we also have good news. In one of the upcoming in-game events, you will have a chance to compete for a new prototype CK for... wheels! 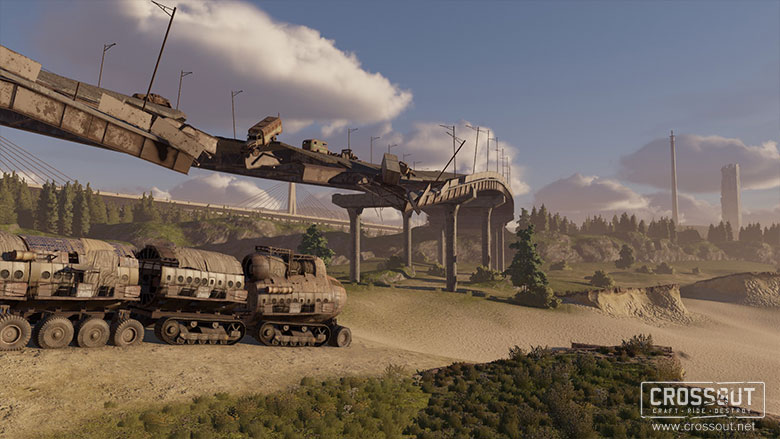 We often read questions and suggestions about maps, and today we would like to make an announcement that we are currently working on two brand new PvP maps that we plan to present to you in the upcoming updates. At the same time, work is underway to update the existing maps and fix problems associated with the bumpy landscape of some locations (hello, “Fortress”!).

“Encounter” and scoring in missions

Moving on. We found the proposal to improve the PvP scenario “Encounter”, or rather, the mechanics of capturing the base, quite interesting:

Under such conditions, we think the following scenario is quite likely: the first team captures 1 segment, then retreats under the pressure of the opponents and surrenders the second segment, and then a heated battle unfolds for the last crucial section. It looks and sounds really interesting, the proposal is accepted and already in works:)

At the same time, we took into account the comments and suggestions on enemy kill assists, both in raids and in missions. Now, if you deal damage to the enemy, and it was destroyed 15 seconds after your last hit, then you do not get any points. In the updated version, the fact of your assistance in the destruction of the enemy will be maintained until the end of the battle, and you will receive additional experience points if the enemy is destroyed. We would like to thank you for the valid arguments and detailed proposals.

We took into account the concern of many players about the number of stickers added to the game. Therefore, in the upcoming in-game event, you will be able to get new unique rewards, such as backgrounds and logos for your banners and the already mentioned CK for wheels. This does not mean that there will be no more stickers. We will continue to add new stickers but plan to "dilute" their inflow with other exciting rewards. And yes, the question of the use/exchange of unnecessary stickers will also be discussed.

Also we would like to note that in the upcoming update we plan to ensure that non-tradable decor, obtained during in-game events or when buying packs, does not occupy space in your storage. This applies both to the new decor, which is yet to be obtained, and to what is already in your storage. 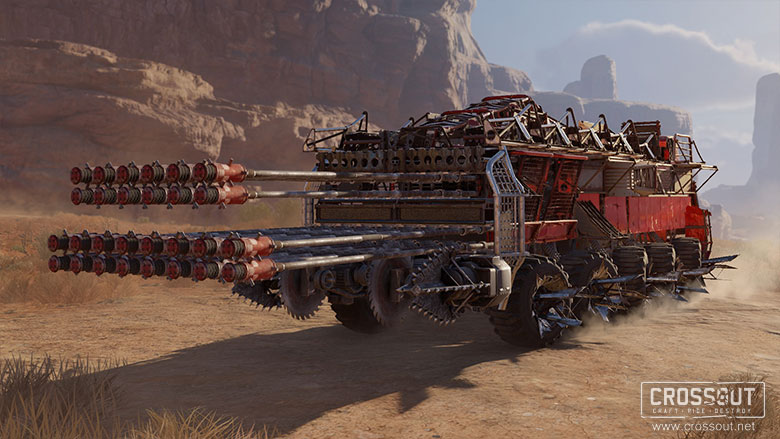 We also plan to pay attention to the comments and complaints about the Leviathans in the "Invasion" with melee weapons and explosive spears. First of all, we would not like to prohibit such cars in this mode and limit the flight of fancy and resourcefulness of some players. That is why we drew attention to several similar proposals that solve the problem of the instantaneous destruction of the tower in a somewhat different way. At the moment, it is planned that in the updated version, there will be 3 towers at the location, combined with a shared durability indicator. This means that if one of the towers is destroyed, the overall durability scale will decrease by one third. As a result, even if you were lucky to meet an "explosive" Leviathan and couldn't stop it before contact with the tower, you will lose only a third of the total durability indicator and still maintain the chances of successful completion of the battle.

We are ready to present you the current versions of some changes to the “Invasion” and leviathans, and we offer you to try them out on the test server today!

Launch of a special test server

Today, we invite you to a special test server, where you can try out the first changes to leviathans and the “Invasion” mode.

See you in the new developer blogs, survivors!