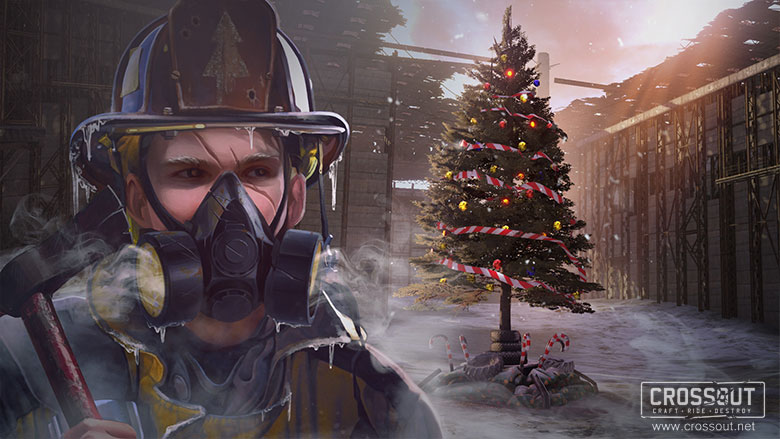 Fireman Henry is a true professional, who remained true to his vocation even after the end of the world. He decided that there was nothing left to save in the cities, and devoted himself to the protection of forests. Once on New Year's Day, Henry clashed with Gronch, who set fire to a fir forest to deprive people of festive trees. Since then, Fireman Henry pursues Gronch and stops his atrocities. Henry's wrath will find anyone who tries to start a fire against the rules.

And the villain Gronch is at it again! He's definitely not short in the impudence department. Just like his hatred for the New Year holidays and those who wait for them and believe in miracles.
This year, he gathered a truly huge army of followers and is ready to spoil the holiday! Are the survivors ready for this challenge? We are going to find out soon.

So, what can you expect in the “Battle with Gronch”? According to scout reports — a massacre. Gronch will send wave after wave of his troops to one of the main New Year's symbols, the decorated Christmas tree, until the defence trembles and is broken to pieces. Judging by his yearly obsession, he has some old and deep issues with fir trees...

Players have to fend off the incessant squads of henchmen and protect the Christmas tree. Teams of the most resistant and stubborn defenders will receive unique New Year's gifts. But all the other survivors will not be ignored! Complete special challenges in the brawl and get a festive sticker and a memorable portrait!

We plan to include such rewards for the new mode as unique decor items, a sticker and a new portrait of “Fireman Henry” — Gronch’s sworn enemy, who has been chasing him for many years and saving the world from his atrocities. 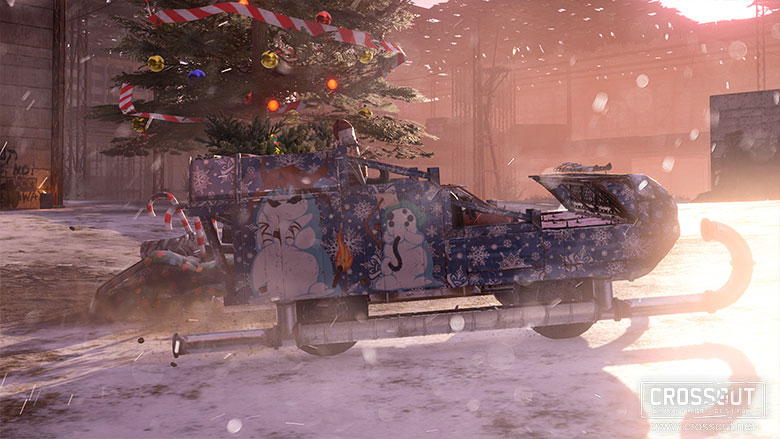 In addition, with the start of “Snowstorm” the temporary workbench “Explosive property office” will open once again, and each survivor will be able to choose some nice New Year's souvenirs. You can get them in exchange for a temporary holiday resource “Crackers” and other resources. “Crackers” will be available in the special New Year Fever PvP mission. Among the unique souvenirs in the “Explosive property office”, you can find a number of New Year items from last year, and completely new stickers and decor that will transform your vehicle into a real New Year armoured sled! A complete list of items and their recipes will be published in the description of the New Year's update, stay tuned!

Of course, this is not all the details on the upcoming event “Snowstorm”. Keep up with the news and descriptions of updates and get ready to help Fireman Henry in a fierce fight with Gronch!