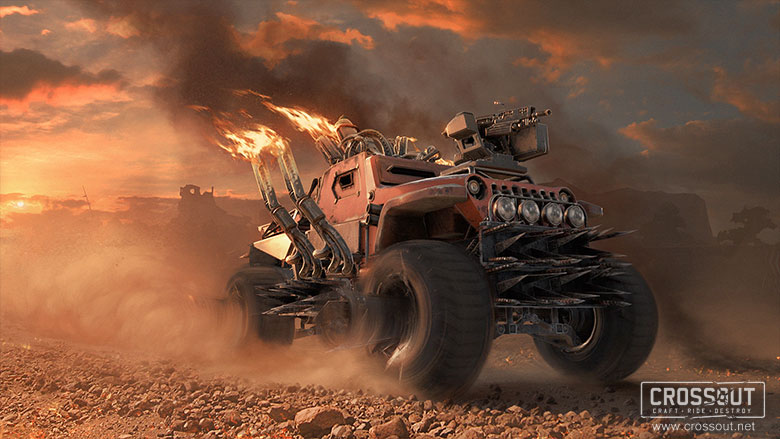 In previous entries of the developer blog, we covered the backstory of what's waiting for you in the new mode. Today we will share some details about the mode itself and the rewards.

The new game mode will be called “Adventure” and will be significantly different from other modes in the game.

The “Adventure” will take place on the map “Blood Rocks”. The map is known to many players from the “Battle Royale” mode, but you will immediately notice how the terrain has changed in this zone. There, in the rocks, you can now find new settlements of raiders, mysterious factories and other buildings. Life in the Rocks is hard and full of dangers. Even more so lately...

Players can get into the “Adventure” from the World Map. Just select the mode's icon and join a queue by pressing the “To Battle” button. The first story missions will be available to all players who have reached reputation level 3 with the “Engineers” faction, regardless of the PS of their armoured car. As you progress through the story, the requirements for your armoured vehicle and the minimum level will increase, and the challenges posed to your character will become more and more serious. But is it going to stop a survivor when the truth is at stake?

Every adventure is better with friends! You can go to the Rocks in a group of up to 4 people at a time (including yourself). Together with a group of friends, you can participate in both the main story adventure and the side missions available on the map. Raider strength will depend on the armoured vehicle that you started the mission with. So if you lose half your parts during an attempt, the raiders will not become easier by the end. The damage dealt to or by raiders will depend on the adventurer's PS.

All missions available to players on the map can be divided into three groups:

You do not have to assemble a group of 4 people. You can play alone or with only one friend. If you play alone, you can find companions right there in the Rocks among other solo players and complete the “Group missions” together.

For completing missions of all three types the player receives reputation points and a special in-game currency “Engraved shells”. The player also receives scrap and copper for completing the “Awakening” story missions. 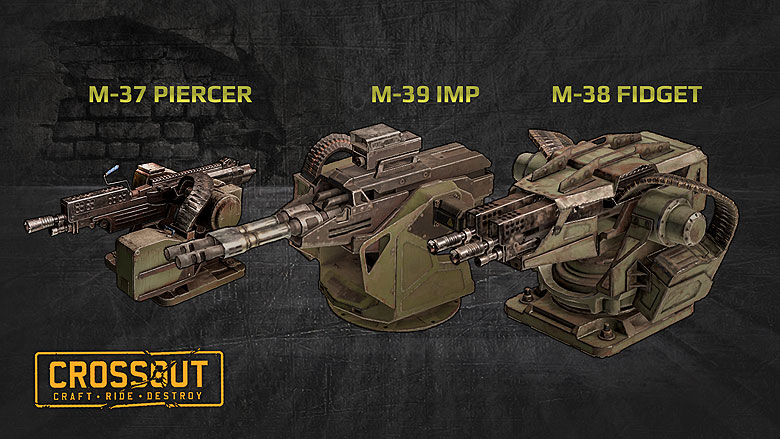 Using the workbench “Engineer CNC machine” players will be able to manufacture the following unique weapons and cosmetic items using the shells and other resources: 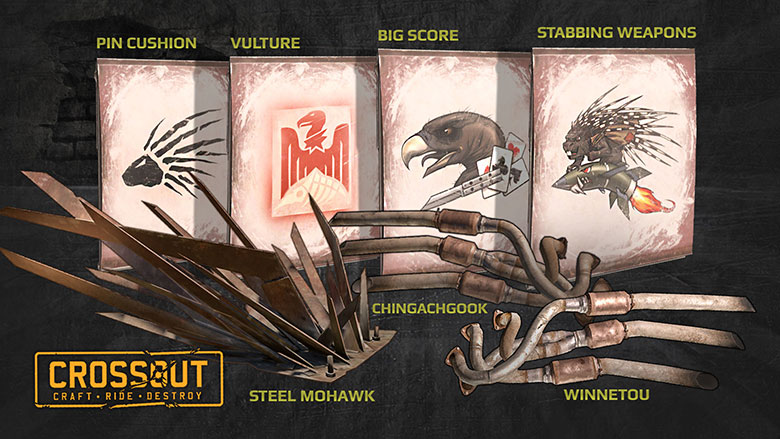 Please note that this is the early draft of the list. In the future, we plan to expand the range of parts and cosmetic items that can be obtained using shells and other resources.

When moving around the location, you can also stumble upon supplies left by other survivors. Don't be shy, grab anything that's not nailed down! But remember that no one will allow you to casually saunter from one supply cache to another! In the Rocks, you can always stumble upon bandits and hostile raiders who will be happy to eat a lost traveller for breakfast.

You can interrupt a mission at any time and return to the garage. Having built a different armoured vehicle and once again returning to the “Adventure”, you will start at the same mission in the story chain where you stopped before. To return, you just need to find the mission highlighted in red on the map, reach it and continue your way along the Blood Rocks in search of answers to your questions.

If you invited friends to help, then to continue your storyline you have to be the one to accept the story mission. Note that your group is always sent to progress through the adventure of the survivor who accepts the mission. And each player in the group may have different progress in the storyline.

Unfortunately, at the moment we are not ready to give everyone the opportunity to take part in the Adventure. The new mode is complex and requires additional closed testing. To take part in testing, you need to get special early access to the mode.

Please also note that during the closed testing of the mode, the production of parts from the mode will not be available. Players will be able to complete all types of missions and earn resources, but the production of parts will be open simultaneously with the conclusion of closed testing and the opening of the mode for all players without exception.

All survivors will be able to make an application to participate in testing the “Adventure” mode. We will include you on the waiting list. An application does not guarantee access to the CBT of the new mode. If you become one of the participants of closed testing, you will be sent an automatic notification.

Early access can also be obtained instantly by purchasing the “Wholesale recall” pack in the official store, on Steam or in console stores. By purchasing the pack, you will receive not only early access to testing the “Adventure” mode but also a unique armoured vehicle, decor, a character portrait and coins.