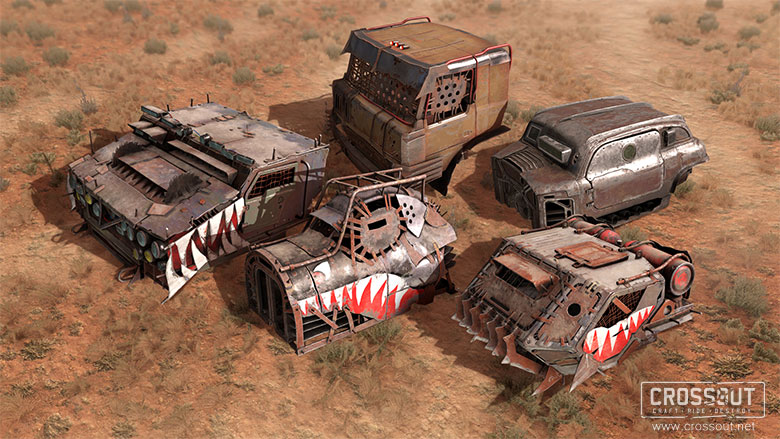 Greetings to all survivors! We would like to devote today's issue of the blog to the long-awaited exhibition search mechanic revamp, as well as a completely new way to change the look of your armored car. In addition, we will touch on a few more interesting changes that await us in the upcoming updates. So let me start from the beginning.

Soon, players will get access to appearance customization kits for vehicle cabins. They look very unusual, but the original prototypes are not that hard to guess.

The trader who supplies the Wasteland with the new products, refuses to say which craftsman decided to undertake such a feat. Initially, the converted cabins showed clear traces of the Lunatic style. And those particularly interested in unraveling this mystery even managed to find some poor wretch and tried to quiz him on how he managed to repurpose so many cabins. But around the same time, new models appeared on the market, this time reminiscent of the Nomads or even Dawn's Children. Consequently, the investigation hit a wall, and the mysterious craftsman working on the cabins remains unknown. 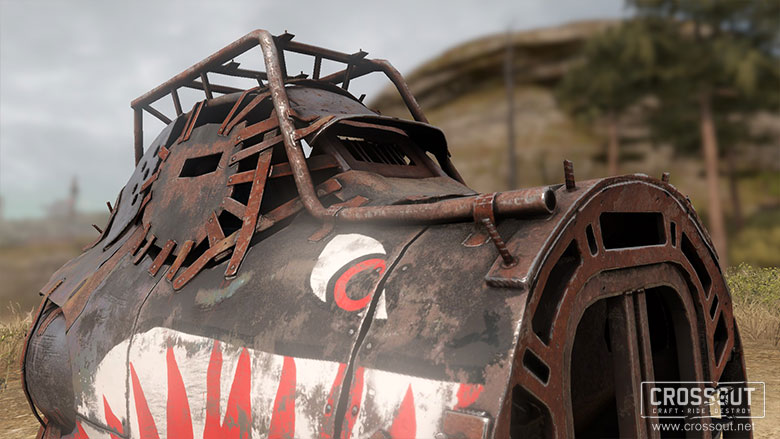 When it comes to high speed, the Lunatics are the first who come to mind. But every rule has its exceptions. For example, “Wyvern” built by the Nomads. Maybe that's why the unknown artisan re-built this cabin in the style of the Lunatics. And now, not even Ulysses himself can recognize a single part! The end result is a dangerous and vicious cabin. A perfect fit for the predators hunting in well-coordinated groups in the Wasteland. 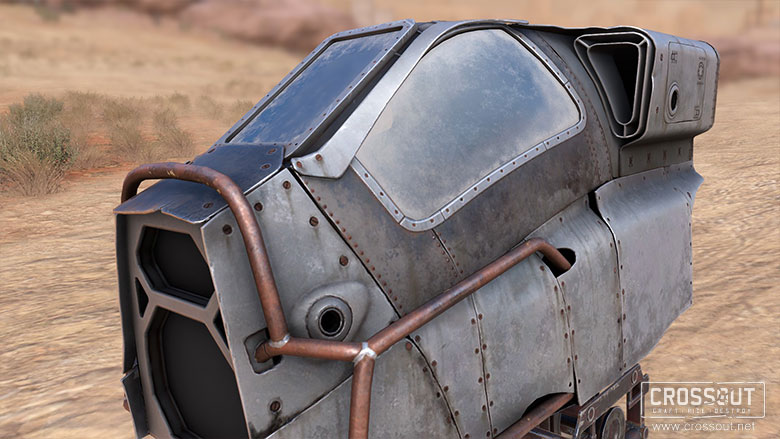 What happens when a nomad and a Dawn's Children scientist bet who builds a better cabin? “Marmaduke” happens!

The latest customization kit's creators are not known to the public, but it is not hard to guess their factional allegiance. That's not just a cabin, but a work of art. Fast, stylish, streamlined. Just nobody really knows, if it's more like a plane or a space shuttle. 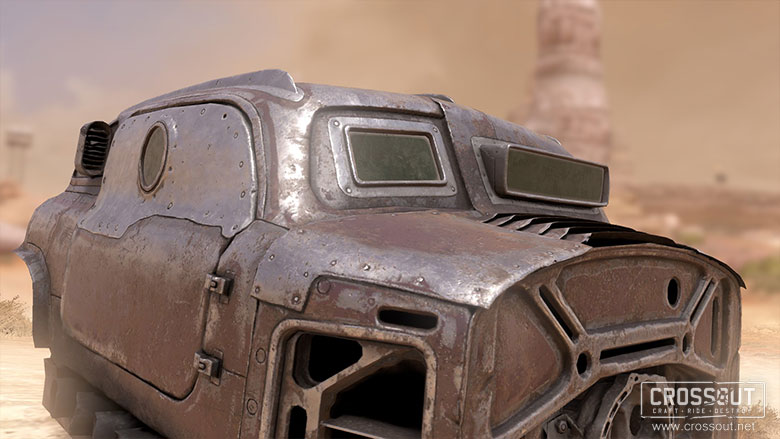 Until recently, no one really knew where the Firestarters got their “Bat” cabins from. And then the other day, according to the trader with all the fresh stuff, his scouts came across a warehouse where they found plenty of cabins, similar to the “Bat”. And they looked much more decent in their metal shell. Like brand new!

The early bird that gets the worm. After all, no one was found in the abandoned warehouse. There was just a skeleton sitting next to the cabins. Judging by its barely legible records, he collected them back in the times of some Great War or something. Which proves the popular theory that even before the catastrophe, genius engineers walked the earth. 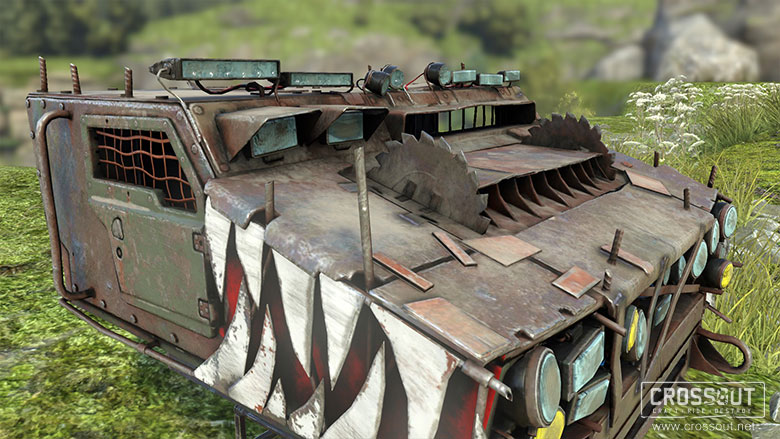 One day, a “Jawbreaker” was taken from a military vehicle by Steppenwolfs, hammered and filed here and there and quietly turned into a basis for an armored car.

The Lunatics, rebelling against everything orderly, altered this cabin beyond recognition. It's as if “Lucifer” himself has risen to the Wasteland roads from the underworld. His headlight eyes are watching the surroundings vigilantly. Have you got what it takes to get behind the wheel of this hellish creature? 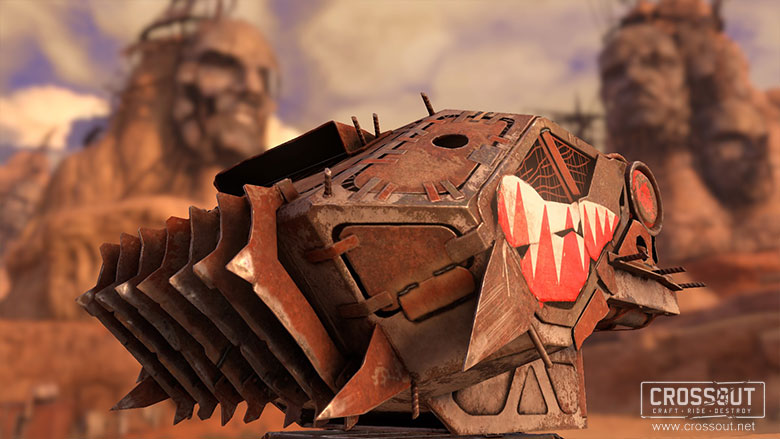 The Lunatics are proud of being close to their bestial nature and use any chance to show this in their weapons and armored cars. They got their hands on the “Pilgrim” cabin too, now bearing the proud name “T-Rex”. Whether a driver feels safer in battle wearing the skin of a beast or not, will remain to be seen in action. But anyone they encounter will realise that you don't mess with someone who tamed this wild beast. 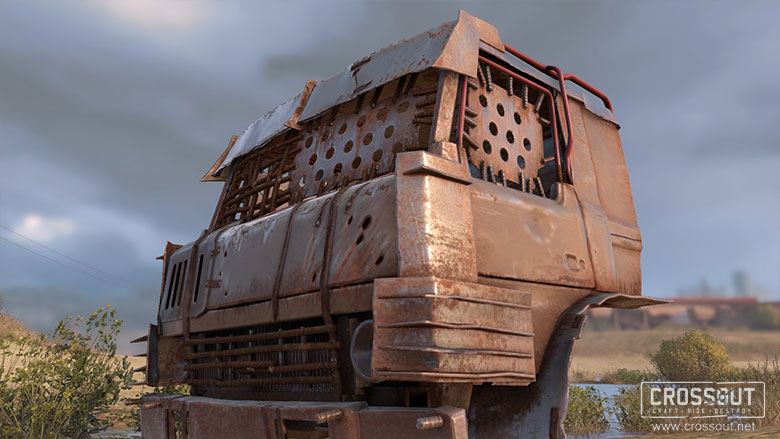 An unknown craftsman removed everything from the “Trucker”, and only left its “bones”. Yet the new “Backbone” still shows clear signf of the old model, imposing and very solid.

And if you'd never tried heavy machinery before, because it didn't look crazy enough, finally there's a good reason to do it.

All of the above cabin appearance customization kits will be available in the in-game store soon. Watch for the game updates and do not miss the opportunity to transform your armored car beyond recognition!

Probably every survivor at least once faced the need to quickly find an effective armored car with a certain set of parts, which would require only a couple of tweaks before battle. Yes, searching for a particular part made the task a little easier, but it definitely was not the final and the most effective solution in this situation.

In the upcoming update we plan to present an advanced armored car search interface, where you can set several search criteria simultaneously. The following are currently planned:

We also plan to add a similar interface to the auto-assembly function. You no longer need to scroll through a lot of options that do not interest you. Set the necessary conditions and browse only the crafts that you need! 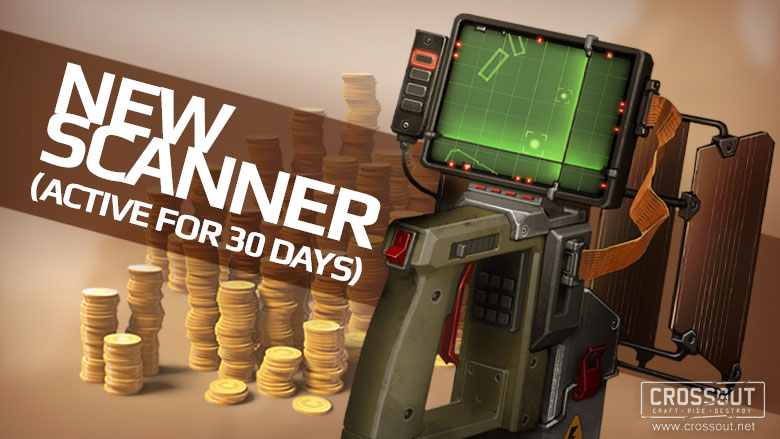 With the support of the best technical specialists of the “Dawn's Children”, we are proud to present the updated Scanner to survivors. The time spent in laboratories was not wasted, and now the owners of the Scanner can extract even more resources! According to the latest tests, it's 50% more than what survivors get after each battle.

Note that the scanner will not increase the amount received of:

In addition, in an upcoming small update we plan to: