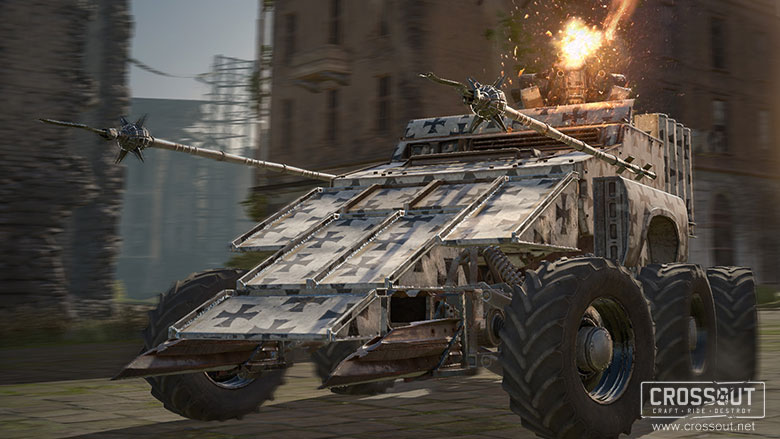 Greetings to the Wasteland's inhabitants! The time of the knechte has come again, the knight riders have returned with trophies once more, and once again they offer the worthy to earn their fine weapons. If we're to believe the rumours, this time they decimated a big gang of Raiders who had settled in the army depots of the old world, and now the Riders have too any deadly weapons on their hands. What can the knechte offer this time? 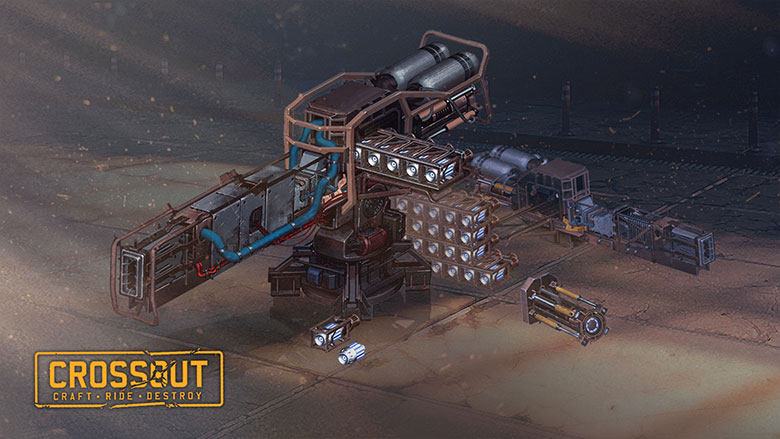 Even in the time of the old world, such systems were considered secret, and there weren't too many prototypes around. In the Wasteland they can become the final argument, putting an end to a battle.

This plasma emitter has come a long way. It changed hands dozens of times and earned enough notoriety. None of the owners of the legendary relic died quickly and painlessly. Martin still hasn't told anyone how exactly the emitter got into the hands of the knechte. But it is known that there have also been several owners among the Riders, and then the weapon went on sale. This shotgun was once a mounted defence weapon on the crest of the wall of a raider settlement. It should be noted that its former owners were famous for two things: haplessness and grubbiness. They weren't really the hottest raiders on the block and they followed the tactics of jackals: find a crippled caravan or a solo survivor by their stronghold, and then attack, trying to steal rather than kill. Martin decided to check in on them them during one of his pilgrimages and he nearly died laughing when he saw that the only thing capable of firing actual projectiles was that shotgun. They scared the raiders away with claps and loud noises, and the weapon was taken as a trophy.

The knechte don't just collect trophies. Their craftsmen watch, learn, analyze. And now, it's time to put ne of the unique products up for sale. A deadly one. And sure like a blade.
The creator of this revolver sought to meld two things: reliability and high firepower. The idea came to him when he came across an old film one day. It had stern, lonely warriors in wide-brimmed hats and some kind of cloaks travelling through the desert and using weapons that never misfired. And then it dawned on the artisan: if you take this scheme, appropriately fit the right ammunition and make space for more of it — you will get a faultless killing machine! Simple mechanics, nothing that can break down, no complicated electronics. In addition, a weapon like this is easy to maintain. This easily compensates for the gun's small ammo pool!

The time has come, and the craftsman presented his creation to Martin. He loved the efficiency and power of the revolver and gave the engineer a wide-brimmed hat as a reward for his services.

Attention! During the event, you can produce only 1 revolver.

This project by Dawn's Children sees the invisible, and you don't. Therefore, just for your sake, the sensor turns toward the hidden enemy, flashes and beeps. With this invention, nobody can take you by surprise!

Want to shoot some targets with a friend, but he keeps driving away? Just couple his vehicle to yours! Install the module on both cars, activate it and get the crafts as close together as possible.

Attention! After analyzing the feedback and suggestions of players on the relic machine gun and the current system of clan battles, we decided not to include the “Punisher” machine gun in the list of parts available during the in-game event. However, we still plan to add the machine gun to the game as part of one of the future updates.

Attention! During the event, you can produce only 1 can of this paint. 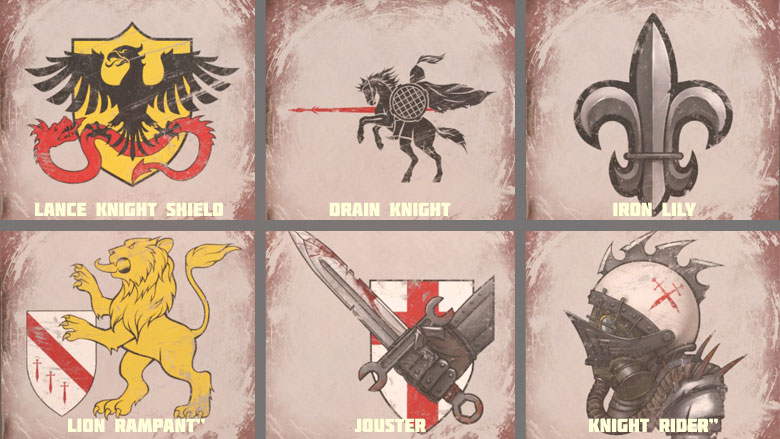 In addition, you will be able to build the following items once again:

We would also like to inform all survivors that in the upcoming update we will add the following maps to the rotation in the clan battle mode:

Plans for the near future

Soon we plan to add a speedometer and odometer to the game. Thus, each survivor can control the work of unique perks associated with vehicle speed or the distance travelled, whether it is a new shotgun “Nidhogg” or the good old “Powerful radiator” and the engine “Cheetah”. We are already working in this direction, but we'd also like to note that neither feature is expected in the next update.

The knechte and Sir Martin are close, survivors! Prepare to meet the legendary knight riders!