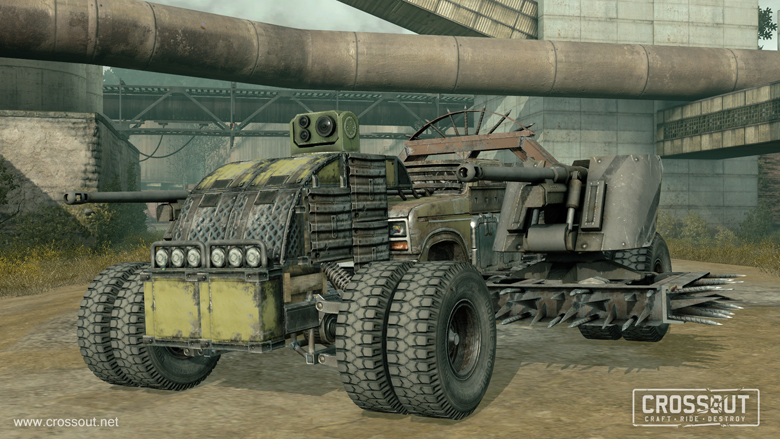 Last time we talked about Common weapons that can be earned in battle, featuring an average performance. Today, we introduce you to the Rare weapons, that are a level higher. They are impressive not only because of appearance, but also due to their enviable performance. They significantly increase the player's chances to win a battle, but getting such a weapon directly through combat is impossible. To build them, you need to hire “Masters” of the Crossout universe. In addition to payment for their work, they will also request a list of items and weapons that will be consumed to build the desired Rare object. 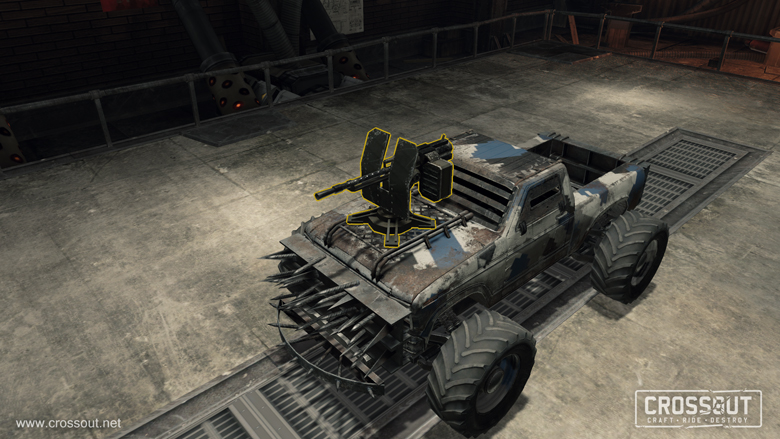 Individually, this guy acts as a nice companion to your cannon, while in numbers they have the strength to demolish foes at range. Compared to your light MGs, this one has better damage, rate of fire and accuracy. While ammunition is not something to worry about, overheating may be a major concern. 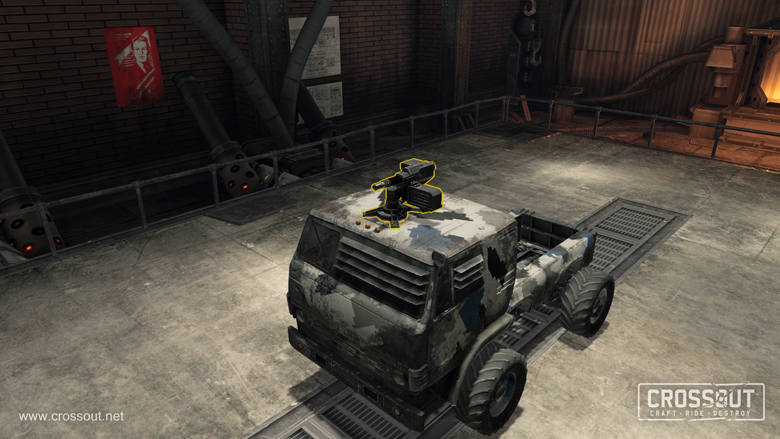 Comes with a large caliber, but its rate of of fire is lower than that of a regular shotgun. When firing at point-blank, a few volleys are enough to destroy most targets, so even the high chance of overheating does not detract from its effectiveness in combat. As any automatic weapon in Crossout, this weapon features unlimited ammunition.

Unlike its carriage-mounted counterpart, this gun is very easy to use and allows you to utilise the terrain better with your vehicle. It has slightly lower than average ammo reserves, boasts a 360 degrees firing angle, but it is worth noting that the rate of rotation of this gun is quite low. 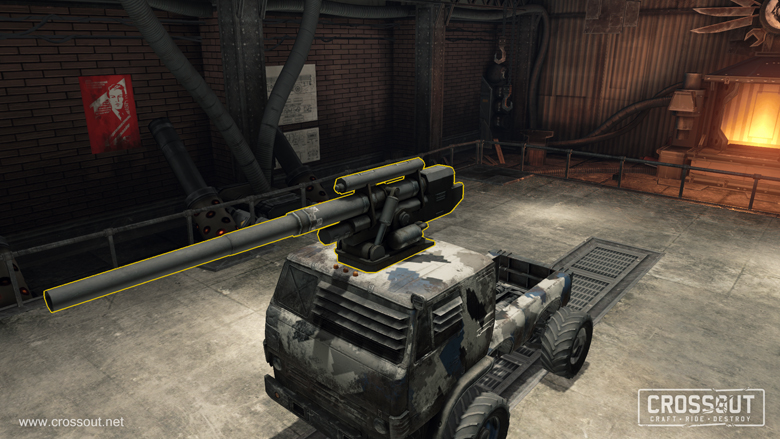 The choice of those who know how to occupy strategic positions. When used properly, it can stop a whole truck! It has average ammunition reserves and small vertical and horizontal firing angles. 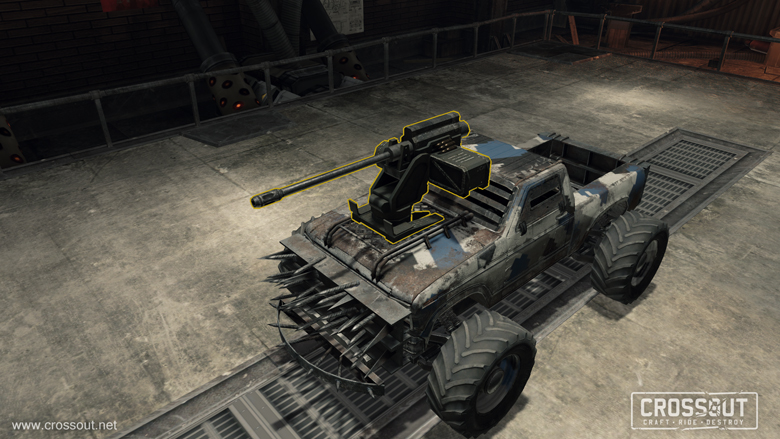 If you realize that running into a crowd of enemies with just your shotgun is suicide, and the big guns have restrictions on tactical flexibility, this is your choice. It has unlimited ammunition, since it's an automatic weapon. Its firing angle is 360 degrees. Good accuracy and rate of fire. Perfect balance makes it an indispensable weapon in battle.