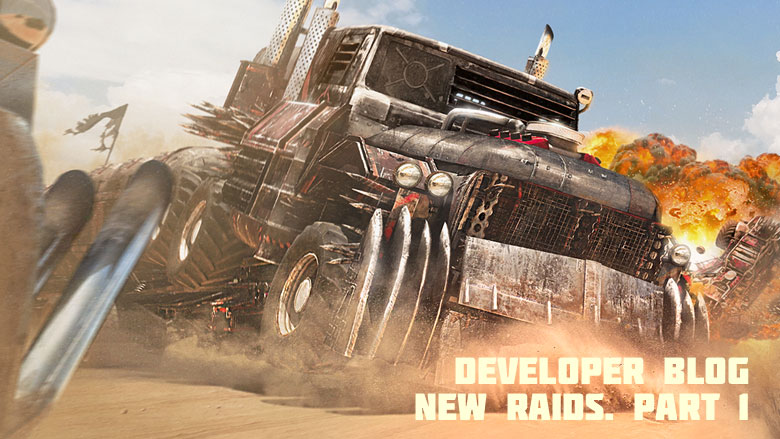 - Have you got new pve-raids?
- We have something better — new pve scenarios!

Greetings to all inhabitants of the Wastelands! Life is motion, it never stands still. Crossout is also moving forward, and today we are ready to share our plans for things which are likely to see the light in the next updates. We are going to talk about PvE scenarios.

The ‘Raids’ mode in the game is always popular among our players. By cooperating with other survivors, any Wastelander can participate in an exciting adventure to compete for valuable loot and try his hand in confronting multiple enemies. In the new PvE scenarios, we focused on these emotions: exciting gameplay, vivid impressions, satisfaction from teamwork. The development of the ideas embedded in PvE content of the game allowed the implementation of dynamic missions where you have to complete more than one objective, and move from task to task, using your skills and getting to know the Crossout world even closer. 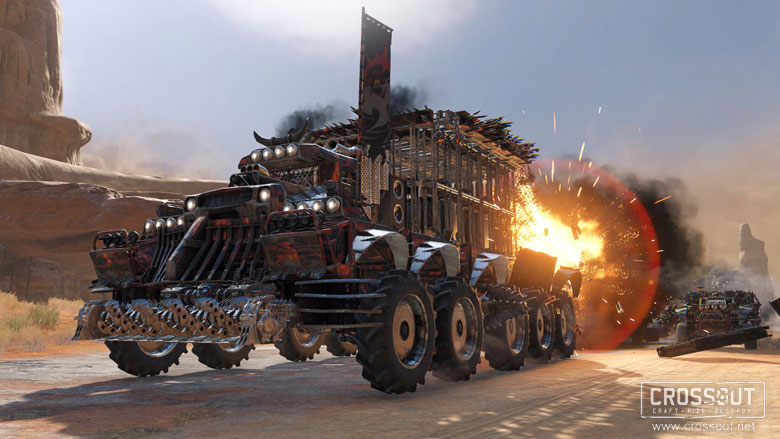 The main question is what is the difference between new content and what already exists in Crossout? First of all — the structure, which we mentioned above. New scenarios are not just escorting trucks from point A to point B while shooting enemies along the way. This is a full-fledged mission, and its conditions change on the go. You have to quickly navigate in a dynamic environment, adjusting to new conditions on the fly. Each scenario (five are planned at the moment) has its own story — events develop unpredictably, and sometimes there is simply no time for thinking about solutions.

Imagine a situation — one of the factions decided to start some trouble with their ‘sworn friends’. A small detachment of ‘saboteurs’ on fast cars is sent to the rear of the group. The task of the detachment is to find the location of the enemy truck with valuable cargo, seize it and escort it to base. But in the course of the mission, something goes wrong: during the truck hijacking phase, you have to fight back against enemies and save the valuable cargo. It turns out that ‘saboteurs’ did not just attack a truck with ammunition or fuel — the cargo is so important that one of the iconic characters of the enemy faction rushed to punish the insolent. Only thanks to joint efforts and a huge share of luck, ‘saboteurs’ managed to win and escape from the dangerous mission. Do you like this story? This is the new PvE scenario. 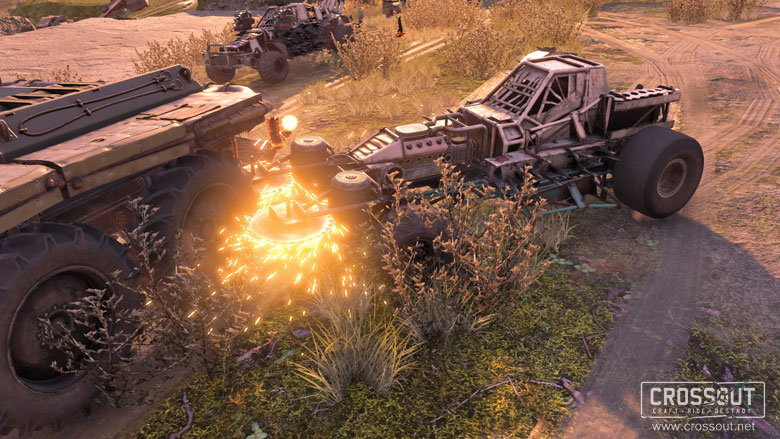 Players will have to participate in each of the stages. The story will not remain ‘behind the scenes’ — you will be a part of it. Stealthy infiltration, repelling enemy attacks, the crazy pursuit and, as the finale, the battle with the boss, who wants to return the stolen goods and destroy the thieves. It is this unique experience that we want to provide.

In the nearest updates, we plan to implement several dynamic PvE scenarios — each with its own history, enemies, objectives list and unique locations. We will have to chase and escort, break through the enemy barriers and attack the superior forces.

Keep an eye on our blog — we'll try to talk about each scenario separately.