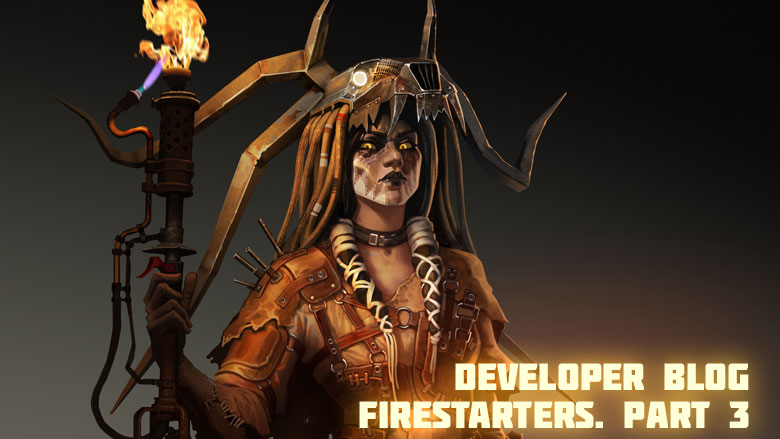 Survivors! We can already hear the roar of engines and the screeching of augers. These are the Firestarters! They say that their engines run on flames, not gasoline. And the legendary Odegon leads them.

In order to survive in the new world, protect and feed herself, the elderly actress turned into a witch.

In the first years after the disaster she survived alone. She built herself a hut on piles, surrounded with a palisade of skulls. Even the most cruel raiders left her alone. She conducted some rituals. Served someone, made sacrifices.

Until Khan himself came to her alone and unarmed. They came out of the house together. Since then, the witch has advised Khan on various issues. She moved to the HQ, but prefers not to stay in one place for long.  They say that after leaving the hut on chicken feet, she betrayed the one she served. And he pursues her, forcing her to move constantly.

Nobody knows for sure if the witch has some magical powers, but nobody wants to deal with her. At least because Khan is personally interested in her fate.

Today we want to tell you about new types of weapons and other parts that will become available to players, after the appearance of Firestarters. 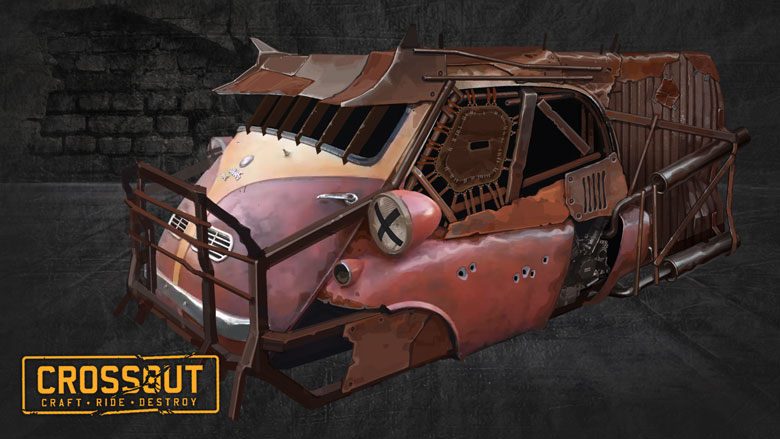 ‘Werewolf’ cabin
With a cabin like this, a defeat can turn into a victory! And it does not fear silver bullets.

With this hardware, all melee weapons start to spin like crazy and hurt everyone even more for 5 sec. But it overheats and becomes more vulnerable to damage. 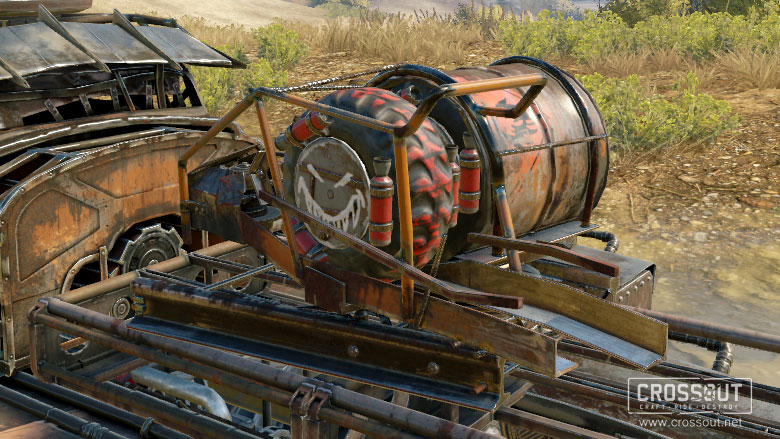 Launches three wheels, which roll happily and explode when they collide with an enemy or receive damage. They are stuffed with unstable explosives, so they detonate after 8 sec. 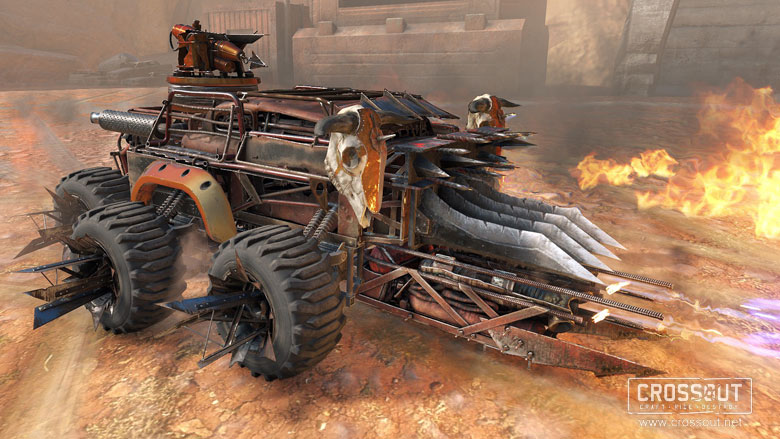 This used to be an agricultural flamethrower for destruction of weeds and pests. A rare case, when the essence has not changed over time.

Changes in the mechanics of repair kit production

In the future update, we plan to make changes to the mechanics of repair kit production. The process of creating them will be easier for all players. Survivors will no longer have to pay for renting the Engineers workbench to craft the next set of repair kits. Now they will be created on the Engineers Workbench, whose rent is free for everyone, and access to their creation will be opened from the 4th level of the Engineers faction. The amount of resources required for crafting will be reduced to 300 units of scrap metal and 30 units of copper. The number of received repair kits will also be reduced to 5 pieces.

Now it will be easier to prepare for raids, but the raiders do not know about it yet. Let this be our little surprise for them.

See you in the Wasteland!