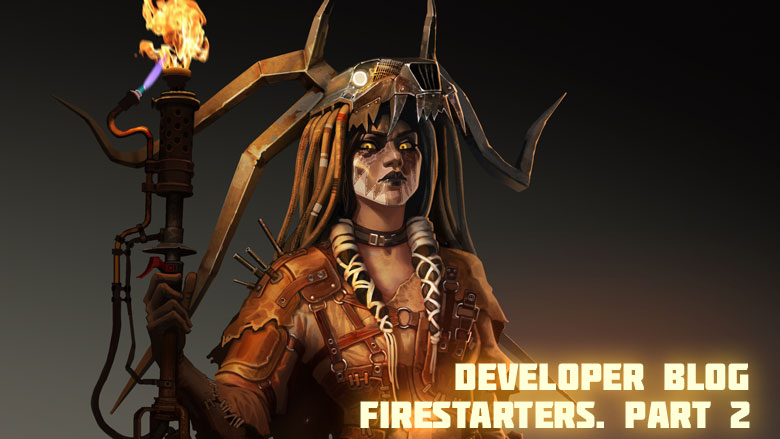 Preparations for the arrival of Firestarters are in full swing in the Wasteland. Faction leaders, of course, are not enthusiastic about the idea that they will have to make room, but the Survivors already anticipate this long-awaited event. Meanwhile, ‘Pyromania’ is gaining momentum, and more and more residents of the Wasteland are flocking to the Firestarters Altar, which has become accessible to all. The cult's adept sare ready to exchange lighters and resources for special faction parts and faction stickers. Hurry, the Altar's active time is limited!

Today we will continue our story about the faction's roots. In the previous blog issue, we talked about how Khan began to unite numerous gangs and form a special caste of Firestarters. In a few years the number of Firestarters increased. Now each unit has at least one mobile tent, or a mortar, or a cauldron, or at least a crystal ball, through which they contact the beyond. And control raiders.

And to ensure security in the material world, each such car has an elite guard unit.

It is by no means a fact that Firestarters possess some kind of supernatural abilities. But they do have a talent for presentation! Former actors, musicians, and just crooks with conspicuous looks and sufficient courage form the backbone of this faction.

Today, we will look at some new parts and weapons that will become available to players along with the arrival of the Firestarters.

With the next update, we plan to reduce the PS of all structural parts without exception, and the ratio of durability and mass will also change. A logical question might follow: ‘Why?’Let's figure it out.
Analyzing the collected statistics, we came to the conclusion that the PS of structural parts contributed too much to the overall PS index of the armored car. At equal PS values armored cars with a large number of parts often lost to opponents with fewer structural parts, but more guns. In order to make the necessary changes to the in-game balance, we're planning to slightly reduce the role of structural parts. Thus, we will adjust the PS of armored vehicles and automatically move these theoretical players to different queues. The change will allow the system to more accurately select players, based on the power of their weapons.

As for the change in the durability and mass parameters, we will modify them in such a way that the appearance of the part more closely matches the declared characteristics.
In general, we plan to reduce durability of light parts and increase it in heavy parts as well as to tweak mass parameters. Medium parts may also undergo some minor changes. Balance changes to structural parts will allow them to more effectively perform the function that was originally conceived for each of them. 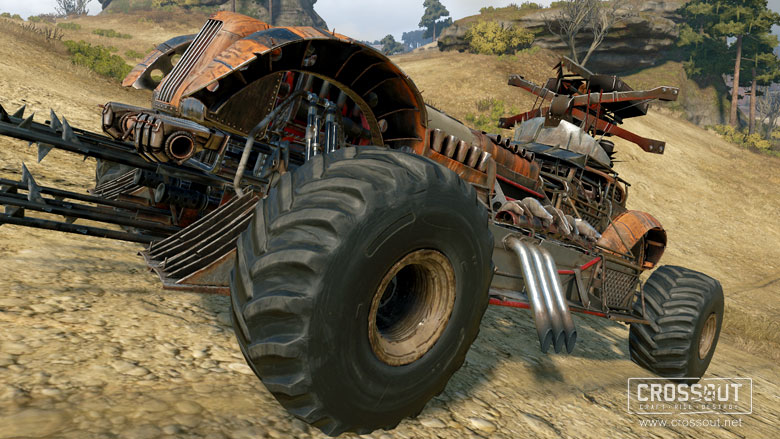 New parts of the ‘Firestarters’ faction

It survived from the time of the competitions of giant trucks and was improved by Firestarters to more effectively crush the enemies. Each installed wheel reduces cabin power. 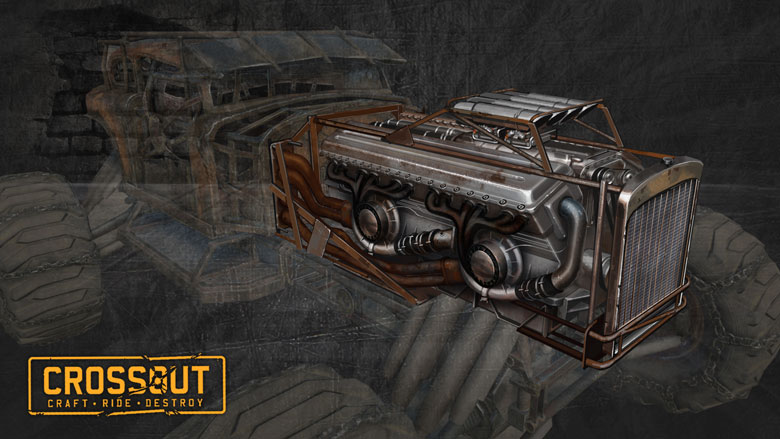 An armored car with an engine like this will blow away everything in its path: small obstacles, sleepy raiders, a roof... Only one engine can be installed on the vehicle. 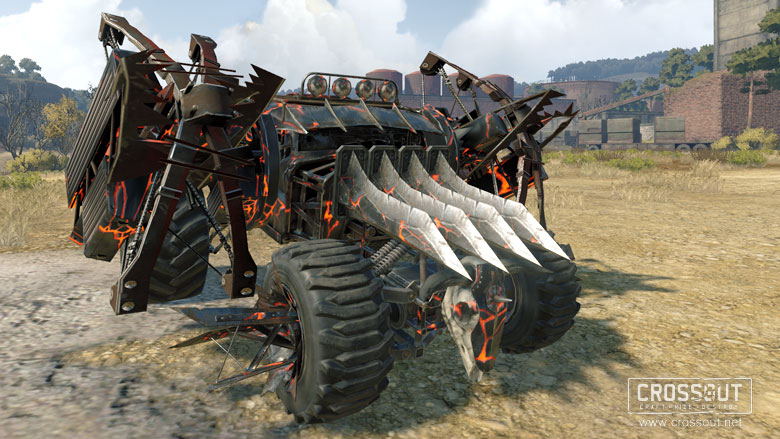 For Firestarter engineers, a simple crossbow was not enough, so they screwed some explosives to it. 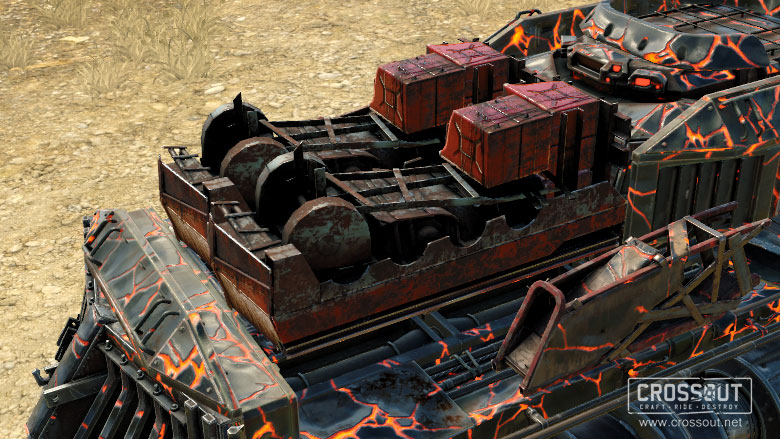 Launches an incendiary projectile at medium range. Creates a burning area at the explosion spot.

In the next blog issue we will tell you about the new cockpit and FIrestarter weapons. We remind you that the Developer Blog series tells the players about preliminary plans for the development of the project. The final version may differ from the changes described above.

See you in the Wasteland!