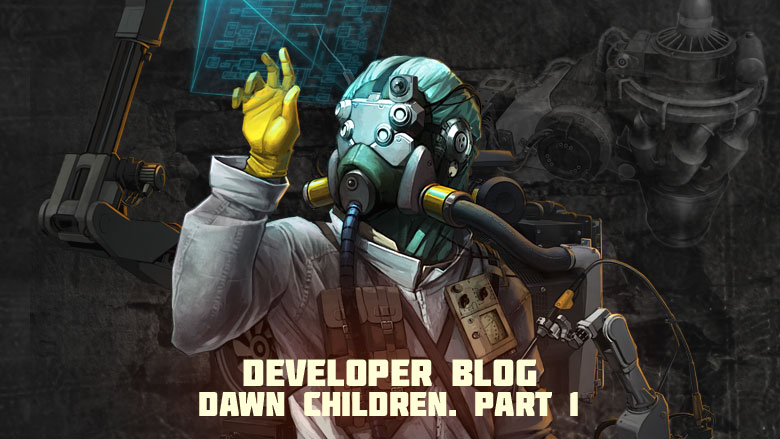 ‘After the disaster, some people have acquired genius-level inventiveness. People of intellectual work were more prone to this than others. Therefore, for a while university campuses, closed cities and large laboratories have turned into branches of the world of the future. Until they became more like amusement parks in a madhouse...’

The new faction, which will soon appear in the world of Crossout, is known among the Survivors as ‘Dawn Children’.

The leader of the faction is Riley. Little to nothing is known about Riley before the disaster, even his gender is not certain. Previously, he was the head of one of the laboratories of Waterquarn Corporation. He is the creator of protective overalls, counteracting the deadly effect of Crossout. However, the sealed suit won't let you see who is inside. There is a theory that the creature inside can no longer be called a human being. 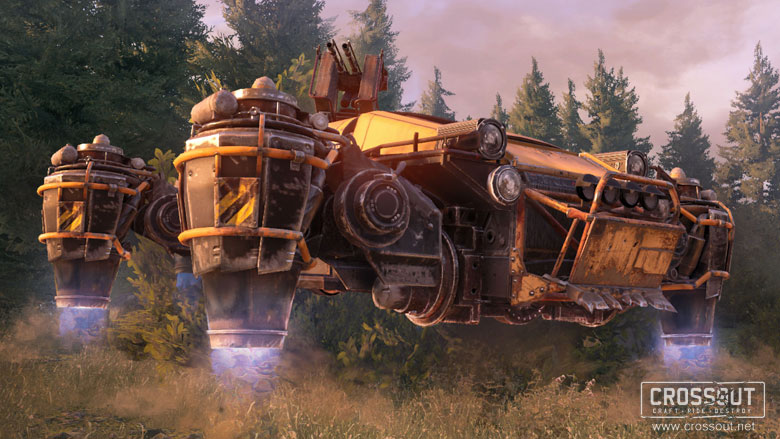 Scientists,making up its backbone, created unique types of weapons, parts and modules. Perhaps the most famous of their inventions is the hover: vertically positioned jet engines that provide stable traction and allow the car to soar above the ground.

Survivors will be able to produce hovers ‘Icarus 7’ - parts of epic rarity. Managing them is not as easy as it seems, you need to learn how to keep your balance. But hovers don't need roads. With their help an armored car can soar above the ground and water. 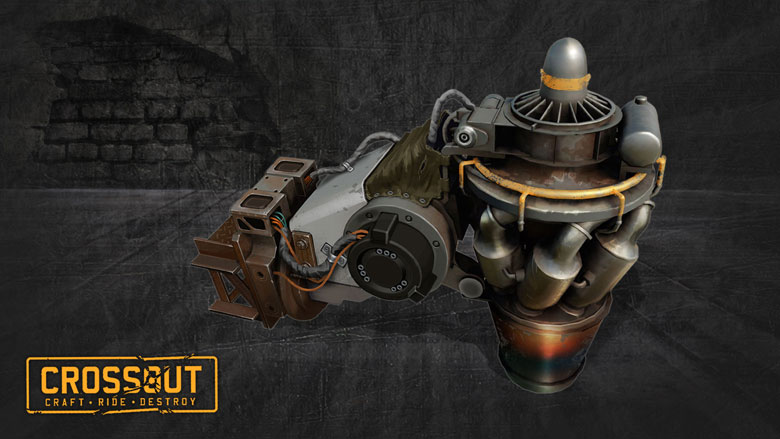 Before the disaster some scientists from the ‘Dawn Children’ worked on space vehicles intended for mankind's conquest of space. That is why many of the faction's parts, including cabins and wheels, were previously used in the Moon and Mars rovers.

The new wheel ‘Lunar-4’ is one of these parts. Previously, it was intended for movement over the surface of celestial bodies, but it also works great for wastelands.

In the next issues of the Blog, we will tell you about the latest weapons, new modules and cabins that will be available to players along with the new faction.

See you in the wastelands!