Rewards for everyone who participated in the project testing 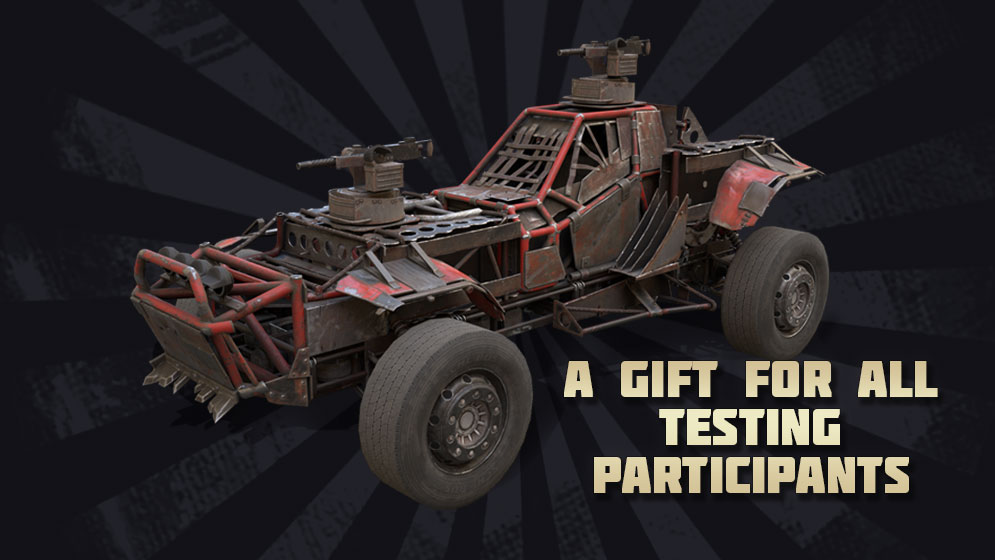 Very soon our project will move into a new, extremely important and demanding stage — open beta testing. It has been quite a long journey, going through the internal testing of the game, alpha testing, battle tests and closed beta testing of the project. We would like to thank everyone who took part in all the game testing. And after the start of OBT, we want to present small, but valuable gifts directly to the players who helped us.

A gift for all testing participants

All participants of the testing - those who participated in the alpha test, battle test and CBT - will receive a reinforced armoured vehicle ‘Snappy’, built around a unique cabin ‘Duster’. This is a memorable gift, which will immediately make all test participants stand out in battle.

A gift for all CBT participants

A gift for all Battle Test participants

A gift for participants of the Alpha Test

Thank you for participating in the testing of Crossout so far, your feedback and opinions have been truly invaluable. See you on the battlefields, of the Crossout Open Beta!

All gifts will be given to players after the start of OBT!