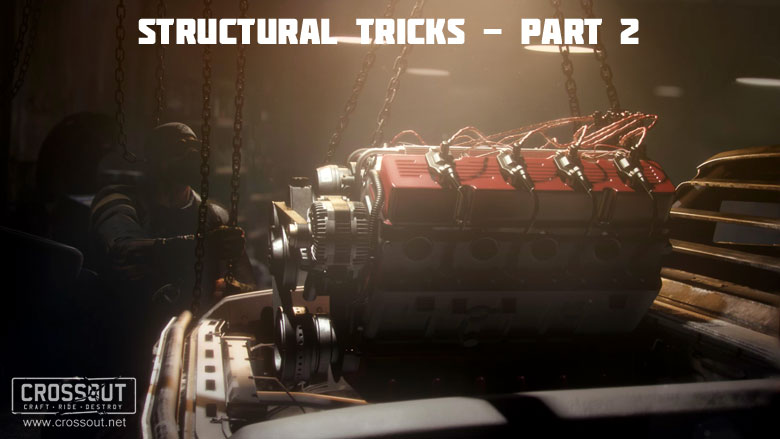 Hello to everyone who survived! The motto of our game is ‘Craft! Ride! Destroy!’  , and the ‘Build!’ part here is the most important, since the better your vehicle is assembled, the better it's going to perform in battle. Today, we continue sharing the intricacies of mechanized warfare with you!

The generator is the most vulnerable and the weakest part of a vehicle. Of course, it is better to hide it as much as possible.

Players have long been using an interesting technique in order to hide explosive modules — mounting them under the cabin.

As you can see, the generator is located between chassis frames, under the cabin, and now it's going to be extremely difficult for enemies to get to it. However, it's best to put the generator on heavy frames (available from the start) ─ light frames from the Lunatics are going to be penetrated by enemy damage and then the generator will be destroyed. Also, it makes sense to protect it from the bottom somehow so that the occasional hit below the frames does not destroy it.

You can also put other objects between frame to save space, because the smaller the vehicle, the harder it is to hit: 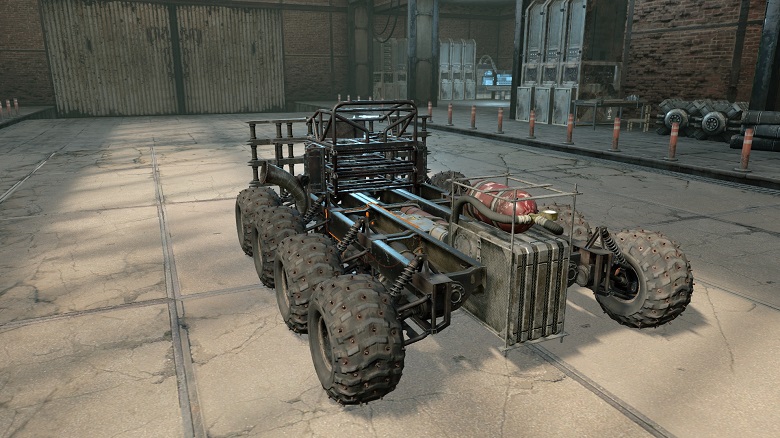 If, however, you have the generator sitting higher than the frame, like behind the cabin, remember that it must be very well protected.More experienced players will quickly guess where it's likely to be hidden, and will aim right at it. Therefore, just one wall will lead to rapid destruction:

The craft in the previous screenshot was chosen for a reason: it shows a very common mistake. In this case we have a heavy generator, its main advantage is durability ─ 141 structure points. But next to it are 2 ammo packs with 95 structure and a barrel which has a total of 56 structure points. 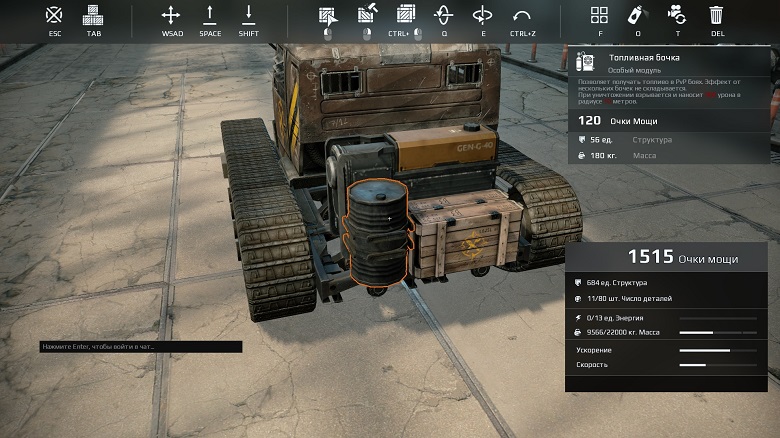 All of these modules are explosive. Destruction of any of them will lead to detonation of the others.

To destroy your generator with 150 structure points, the opponent just needs to deal 56 damage to the barrel. Therefore, you should always look at the various options:

In mechanized warfare of Crossout you aim not only to disarm your enemies, but also to immobilize them by knocking out their chassis. Sometimes rookie players find themselves on two or three wheels, fleeing from pursuing crowds of enemies.

To avoid this situation, you need more wheels: six or eight. Don't be afraid to use starter wheels, but make sure that the main weight of the vehicle does not fall on them, because they are most likely going to be destroyed first.

Also, do not be afraid to build a chassis based on steerable wheels (ST in their name refers to steering) — it will increase your machine's maneuverability.However, to make turning more stable it's better to leave a pair of non-steering wheels in the middle.

Do not be in a rush to install tracks, because, in spite of their very high structure, they slow your vehicle down significantly — use them only if you are determined to get behind the wheel of a slow, incredibly well armoured super juggernaut.

That's all for now. However, THERE'S MORE TO FOLLOW...