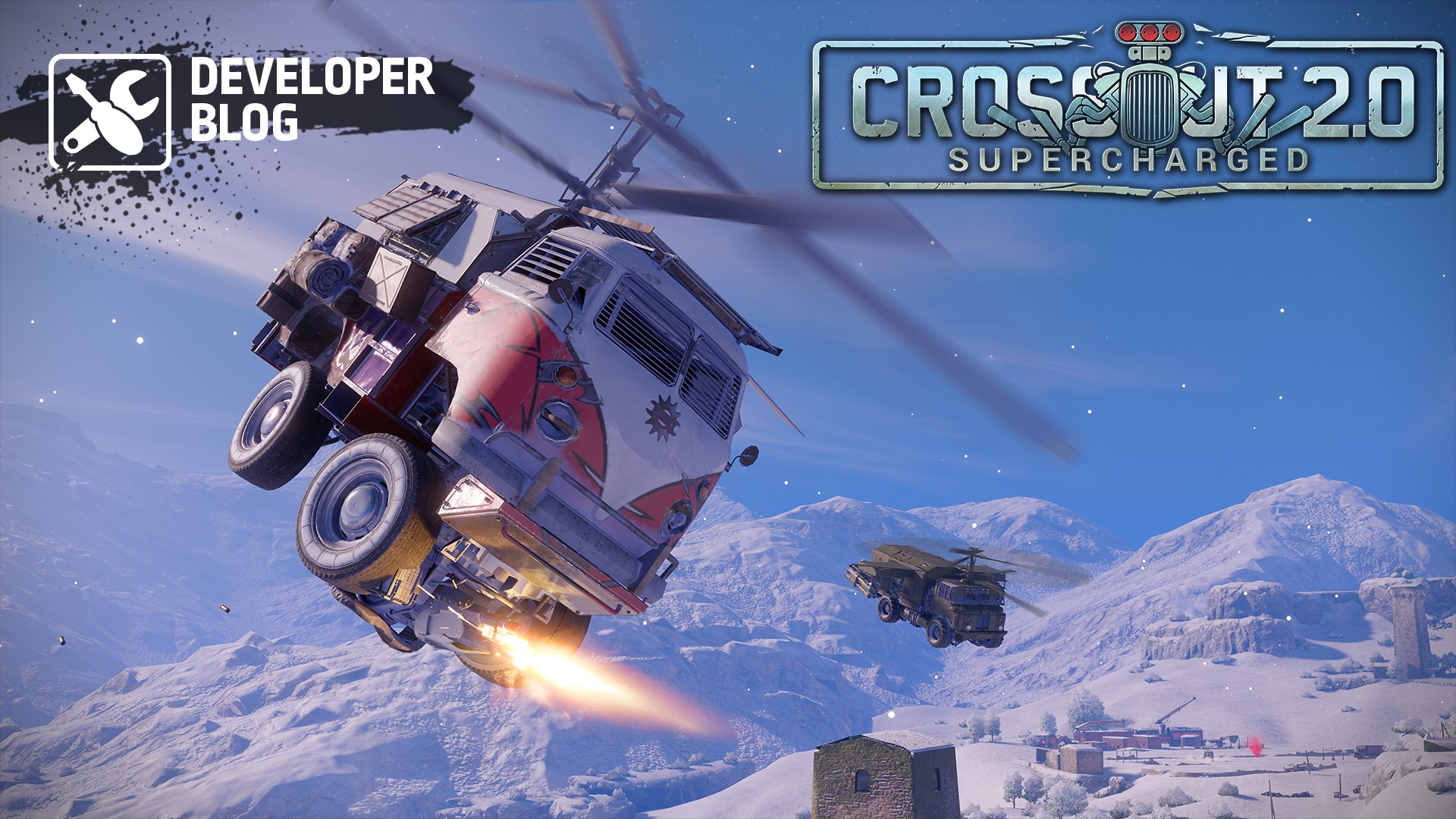 The New Year is getting closer and closer every day, which means that we can expect a festive update very soon as well. And this time, real wonders will happen in Crossout!

We are certain that many of you have already seen the picture that we published earlier in our official communities, but still we’d like to show it again to those who didn’t see the publications: 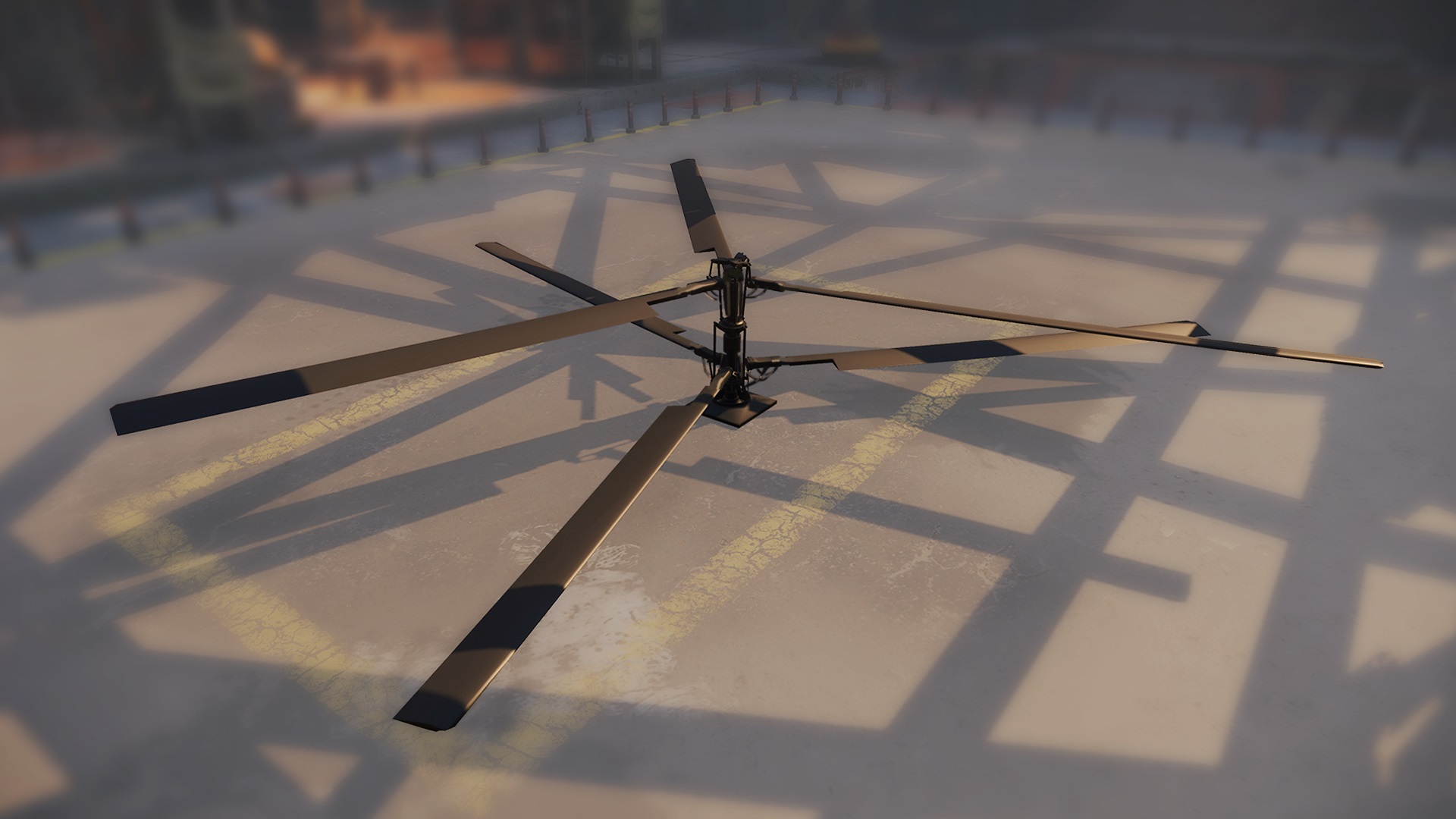 There was a lot of speculation and discussion, and many of you were absolutely right! Of course, we are not yet talking about the battles on the ground and in the air in standard missions. But we are happy to present to you the first brawl with “armoured aircrafts”. You can assemble the armoured car of your dreams and fly up into the sky with the help of a propeller!

There will be no predetermined builds, only the familiar building mode. Want to assemble a flying SUV and go into battle? Go ahead! A tank with a propeller? A flying copy of a lightweight car or a truck? Easy! The main thing is to stay within the limit of 10,000 Power score to be able to join the battle.

The propeller will be given to each player and will be available throughout the New Year’s event.

The brawl “Off we go!” will take place according to the familiar rules of another brawl, “Slaughter”: 2 teams fight each other in order to score 10,000 points faster than the opposing team. Points are awarded for shooting off vehicle parts and destroyed opponents. The mode also has respawns.

At any point in the battle, you can land your vehicle and continue moving on the ground, and then fly up again, combining air and ground combat, depending on the situation on the map. So don’t forget to equip your car with ground movement parts! In some cases they may come in handy.

The battles will take place on the maps with extended airspace for flying, and they were designed specifically for this mode. Two of them are already familiar to you — “East quarter” and “Dead city”. And the third one is a completely new location, “High Cathedral”, ideal for long-range air battles.

In order to combine the interesting and unique gameplay of Crossout with something useful, the brawl “Off we go!” will be connected with the New Year’s workbench. In this brawl, you will be able to earn the New Year crackers and exchange them for the available rewards of your choice. You can also get new themed decorations by completing daily challenges.

The start of the “Off we go!” update is scheduled for next week. And, as usual, your old friends Alexander and Igor will show and tell you everything a couple of days before the start of the event on the official livestream. Don’t miss it!