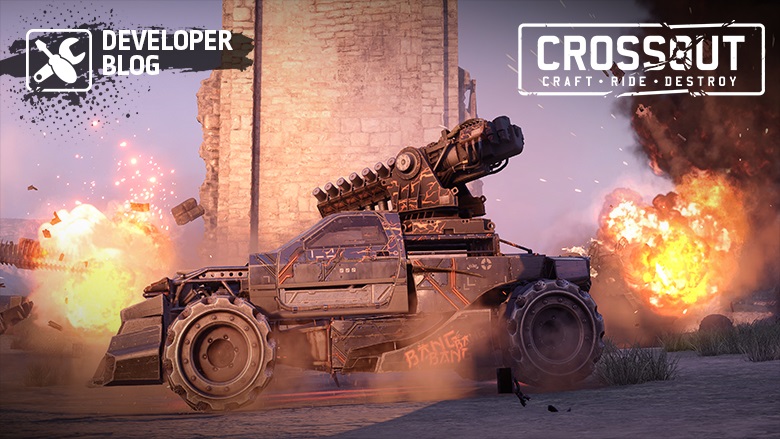 Last week we told you about the ways the current version of the “Targem Engine” will change, what technical improvements will be implemented in the upcoming update, and how they will affect the game’s visuals. If you didn’t get a chance to read this blog, you can do it here.

When we decided to make a visual overhaul of the game, it was immediately clear that it will include not just the new technologies for the engine. Such a major update wouldn’t be possible without a major overhaul of many of the visual aspects of the game.

In both cases, a lot of work has been and still is being done, and it involves many of the company’s specialists: the VFX artist and other specialists in the art department, the programmers and the game designers. We’ve also taken the feedback from our super-testers and the community into account. Based on all this data, as well as our own vision of how the visual update of the game should look like, we have created a work plan.

All new features and changes can be divided into two types: 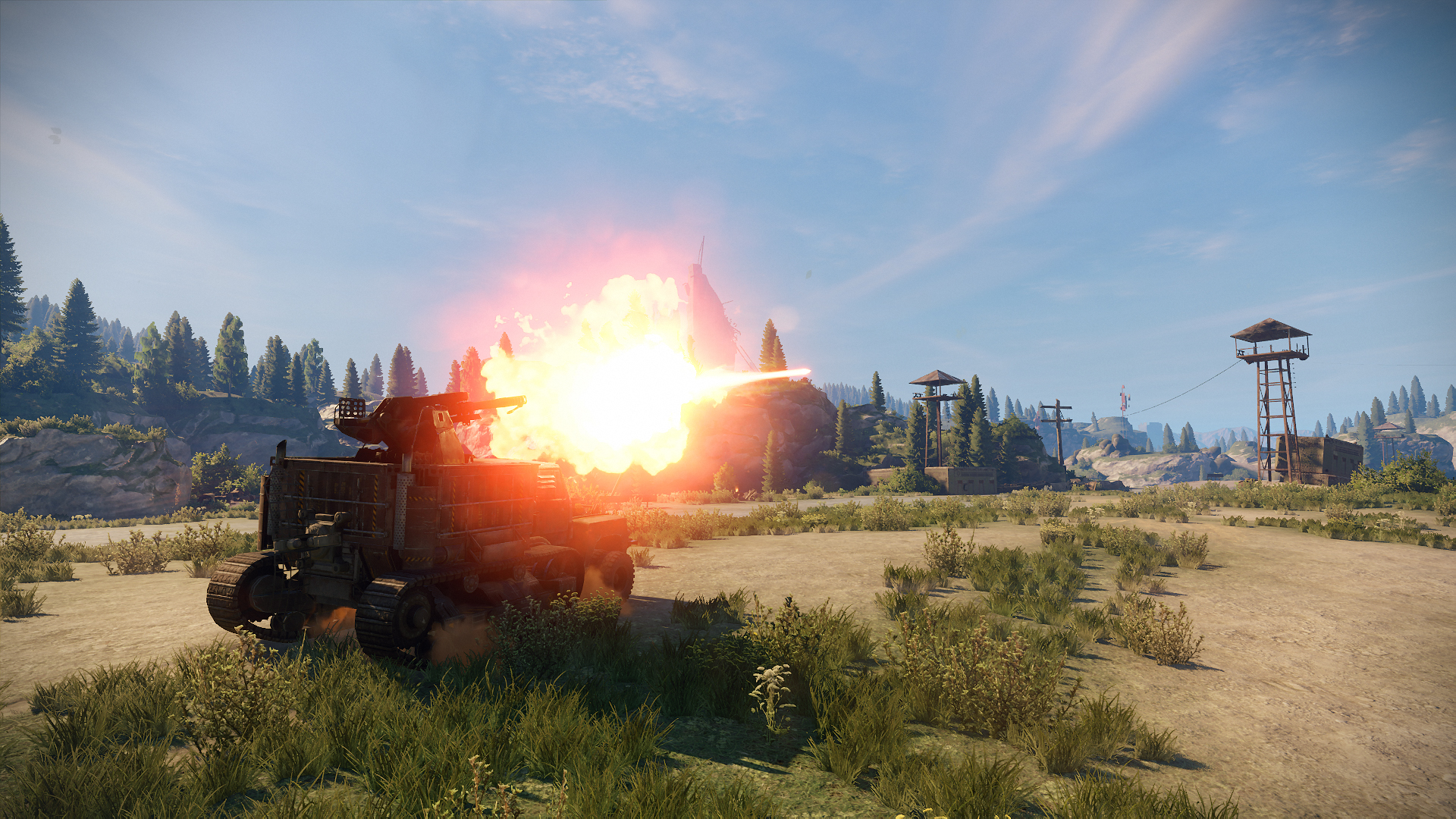 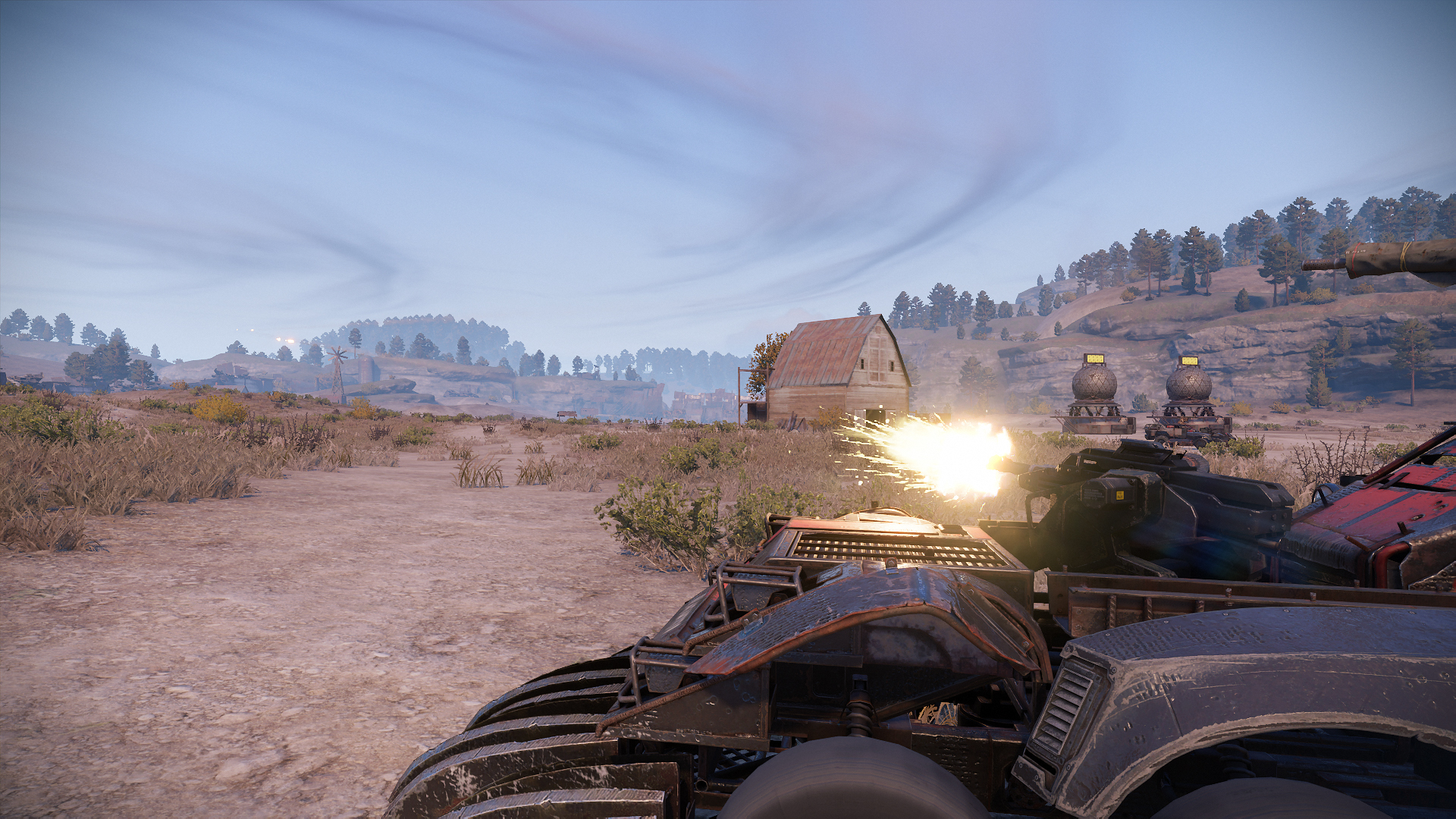 We have reworked the firing effects for all weapons in the game. If you haven’t had a chance to try out changes in the test version, with the release of the update you will see that the shots have become more noticeable from any distance. The effects now vary according to the rarity of the weapon used, so now when you change to a more rare and powerful weapon, you’ll see the increased power not only in numbers, but also in how that weapon looks in action. 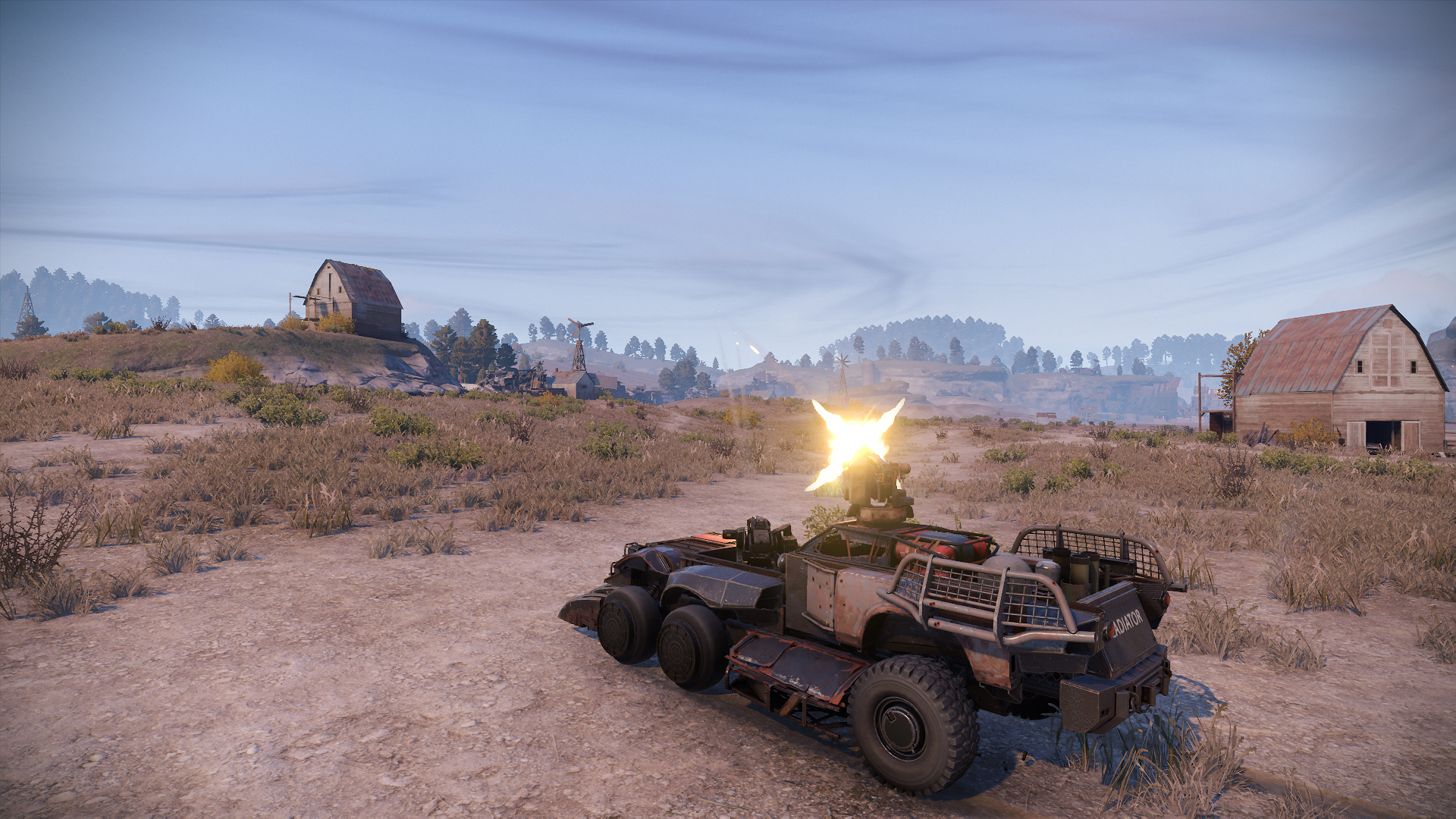 In addition to the firing effects, we have also reworked all the effects of tracers and projectiles, making it easier for you to navigate during combat. And just fighting with such effects is a pleasure! 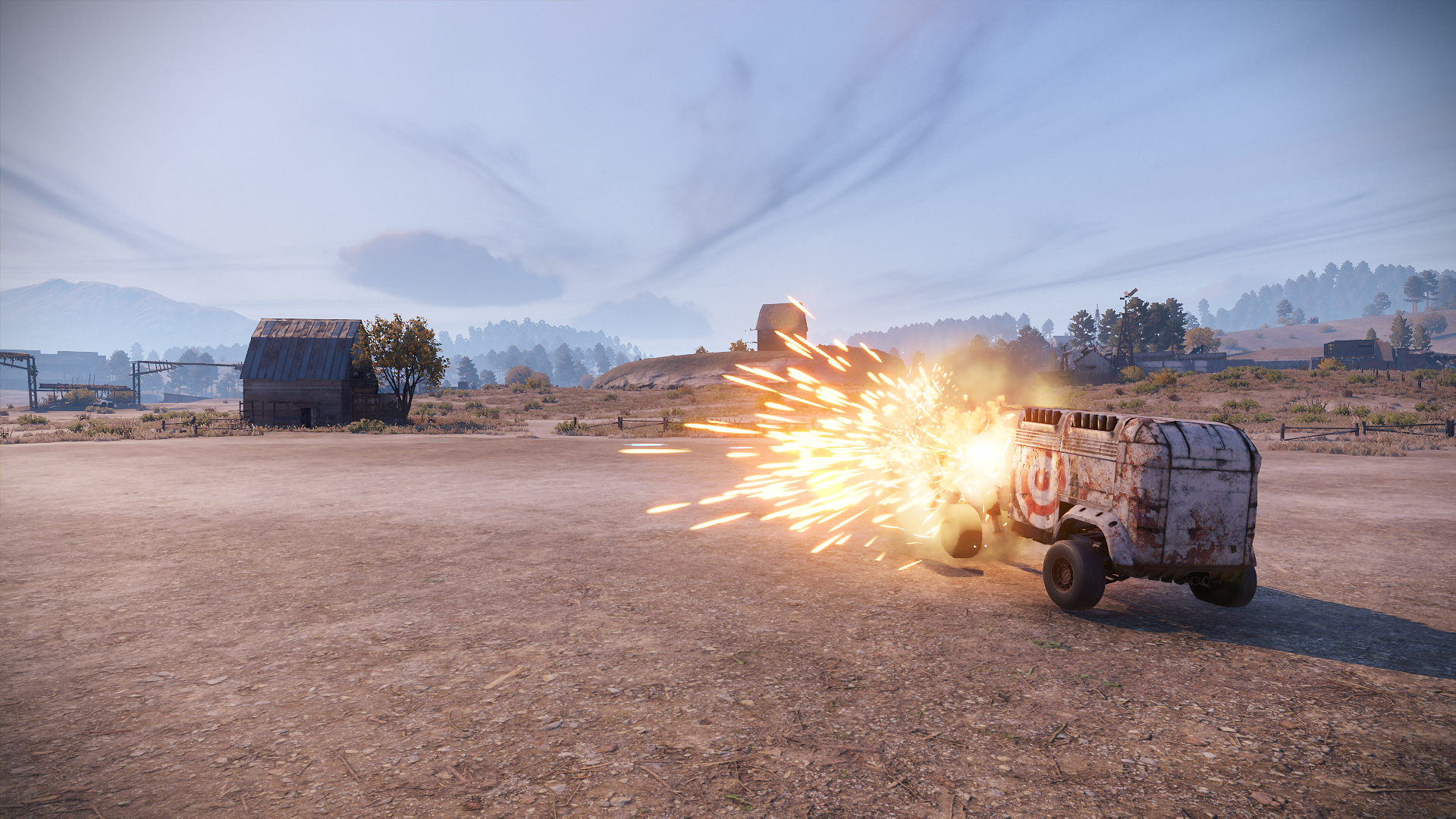 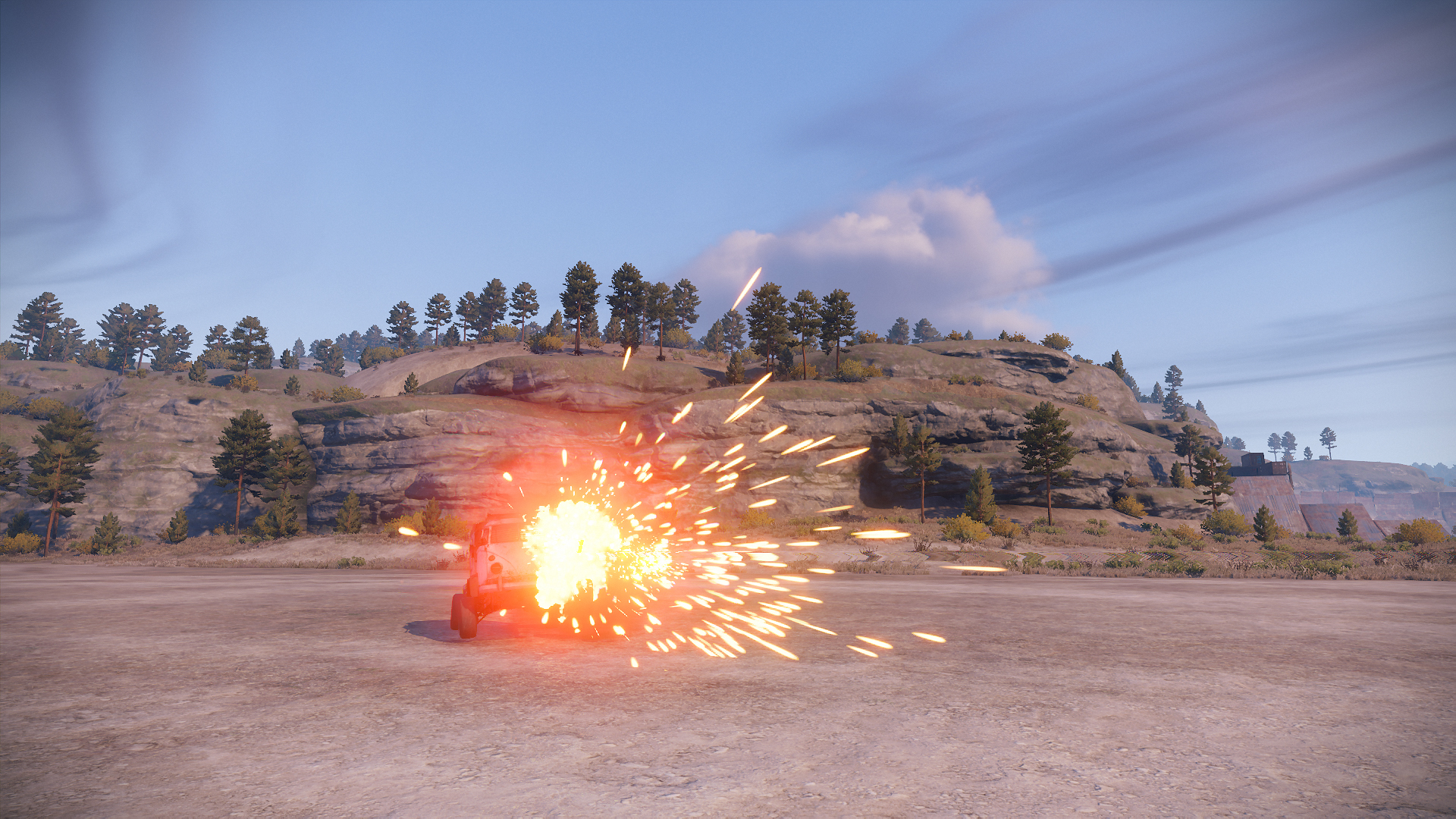 The hit effects of all projectiles from all weapons will also be updated. This will make it easier to understand how much damage has been done to an enemy, even if they are far away from you.

Another important component, which is currently controlled mainly with the help of interface icons. We plan to make a number of improvements to the most essential perks so that their operation is also accompanied by visual effects on the screen.

Global rework of the explosion and vehicle destruction effects

In this update, we will significantly update the vehicle destruction effects. Separately, we’d like to note that after the update, a burning skeleton will remain from each destroyed car. It will consist of the vehicle’s cabin and some parts attached to it. This frame will have a physical model. This way a destroyed vehicle can serve not only as an obstacle, but also as a temporary cover from flying projectiles. The wreckage of destroyed vehicles will add more realism to the battles and help you find out exactly where the combat took place and what kind of vehicles were destroyed. 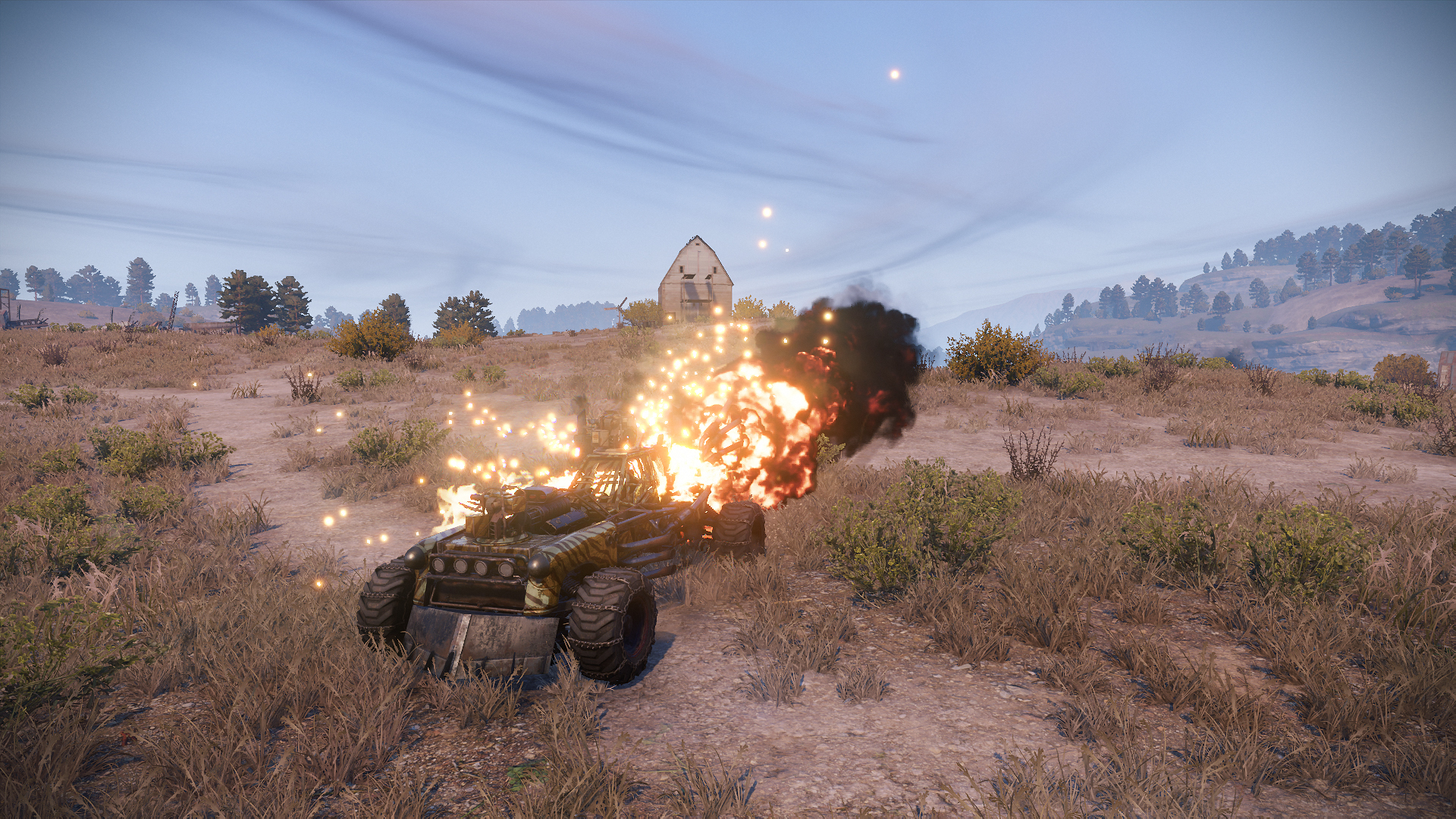 As for self-destruction, a car that is about to explode will also have an updated visual effect. Now the kamikaze car will be immediately noticeable. This is what an armoured car, which has nothing to lose, should look like! 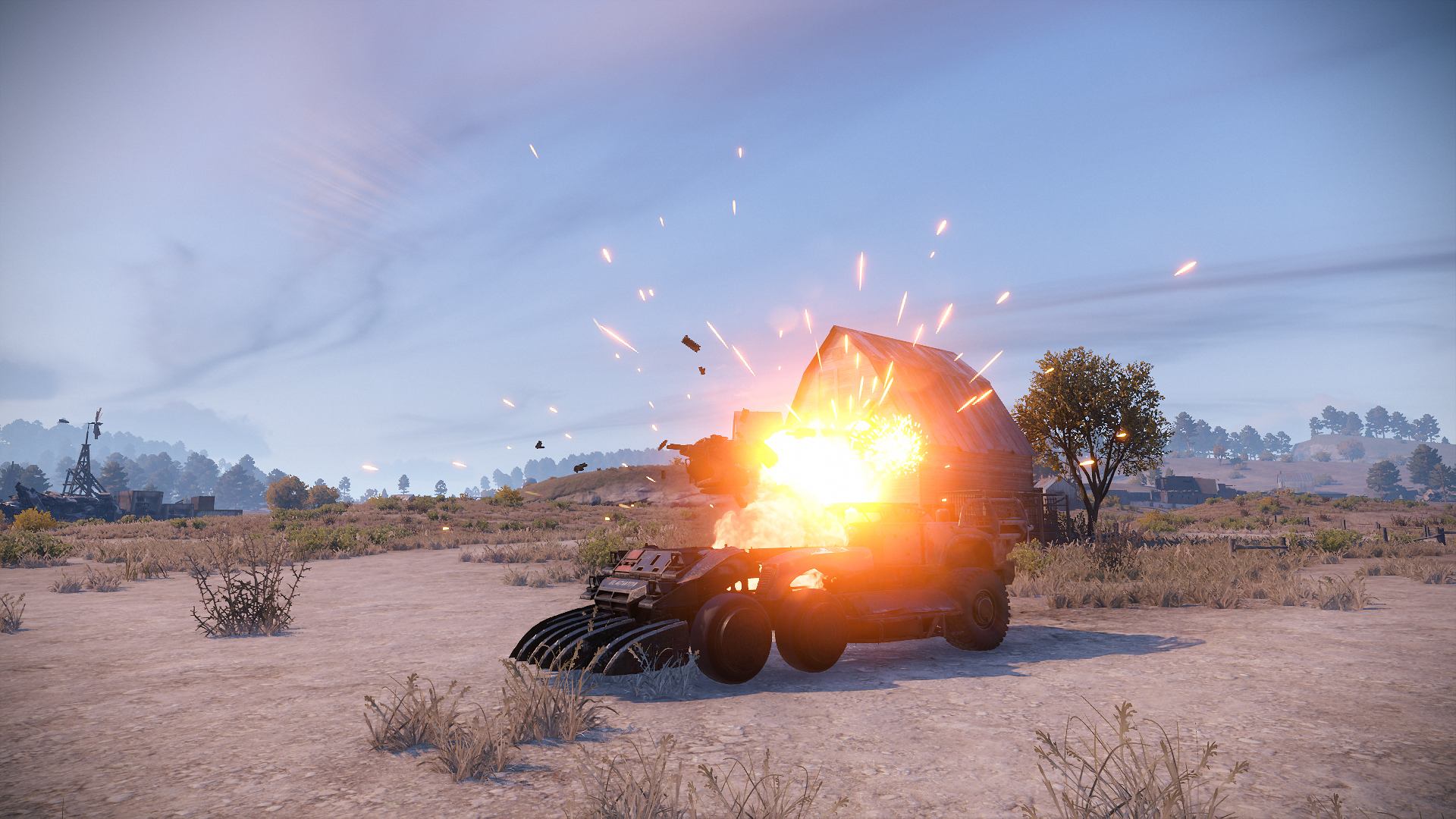 The updated effects of the destruction of individual parts will definitely appeal to those who like to “disassemble” the enemy into components.

Previously, most of the effects of destroying strategically important modules were practically invisible, but now you’ll see them even from a great distance. Now these effects will also be different based on the type of the destroyed module. 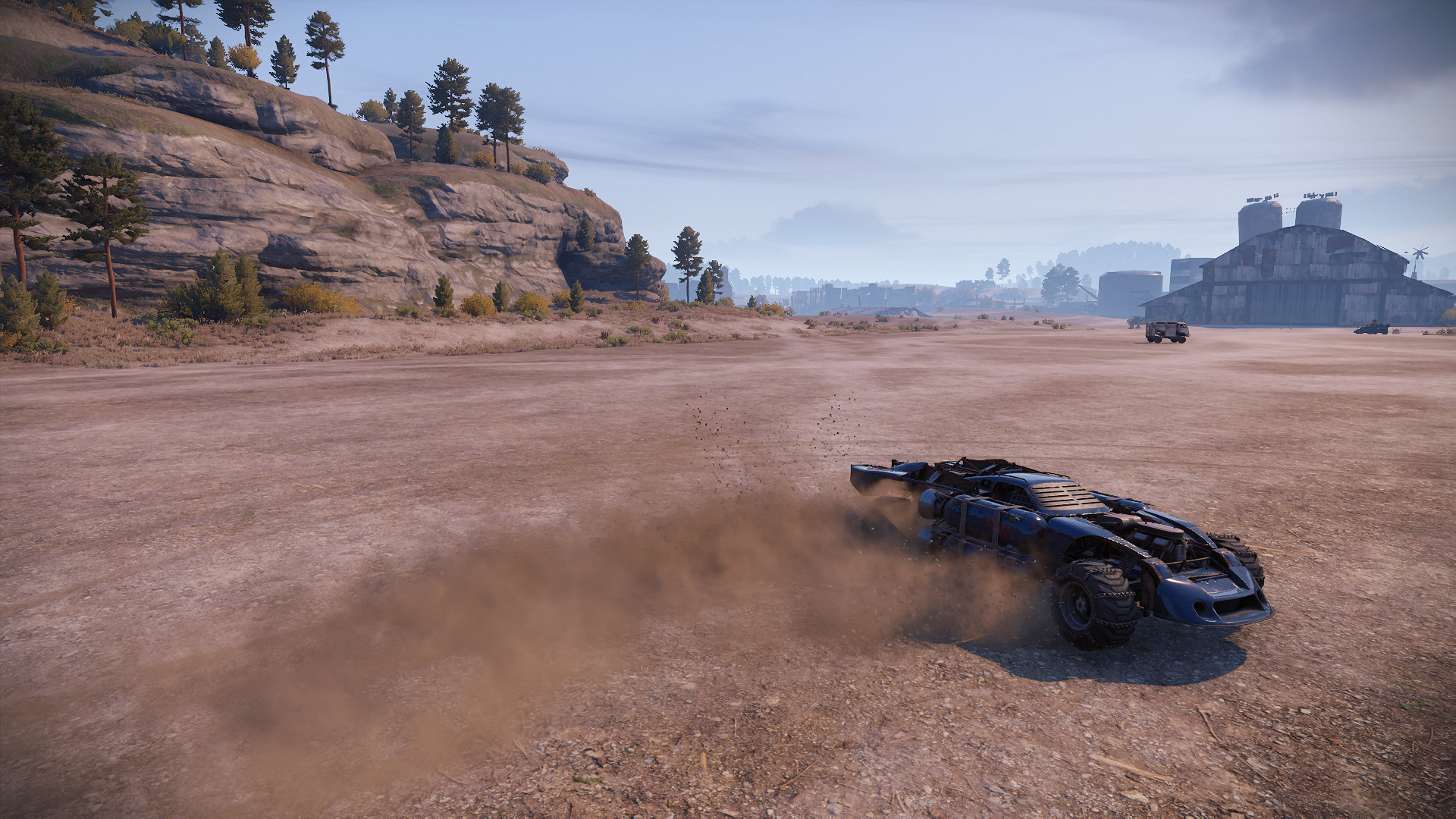 Now the interaction of wheels, tracks and augers with all surfaces will be accompanied by new effects that correspond to the terrain on which you are moving and to the behavior of the armoured car (whether it is skidding, slipping or braking). The effects of hovers and mechanical legs have also been updated according to their features. Thanks to this, you will experience the dynamics of your armoured vehicles in a new way, and you will be able to navigate better and faster.

For the release of the Crossout audio-visual update, we also aimed to further investigate the capabilities of our in-game camera and reconfigure it in order to:

After testing many different options, studying the feedback from our team of super testers, as well as your most frequent suggestions and comments, we have identified a number of necessary additional settings, which our programmers have begun to develop.

What has already been done for the upcoming update:

That’s all for today! We remind you that the release of the “Supercharged” update is scheduled for October 25!