New parts from the upcoming update

In the future update, which is scheduled for mid-October, you will find a lot of unexpected changes and improvements that we are sure you will like. You will find out more information in the following publications. In the meantime, we suggest you take a look at the new parts that will appear as part of the “Furia” — themed armoured car for Halloween.

We remind you that all the new features and changes described in the “Developer blog” are not final and can be changed before they are introduced into the game or not get into the game at all. This applies not only to information about possible unique features of the new parts, but also their appearance. 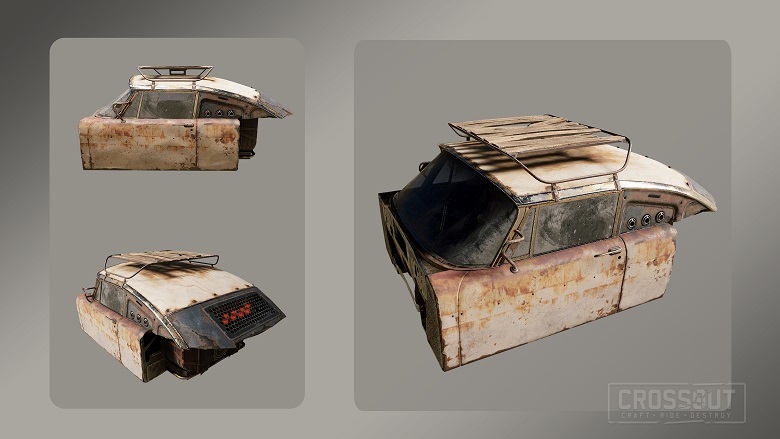 This is quite a fast and light cabin with a good ratio of tonnage, mass limit and power. Many experts in the field of literature and cinema will definitely appreciate its appearance. And the main feature of the new cabin is its unusual perk.

With the beginning of each battle, the damage of all weapons mounted on the car with this cabin will be reduced. By dealing damage with your weapons, you will gradually accumulate a bonus for those weapons up to a certain value, and the effect will last until the end of the battle. Thus, by making a deal with the Wasteland devil and sacrificing damage at the start, you will be able to increase the standard damage of all your weapons by more than 1.5 times! 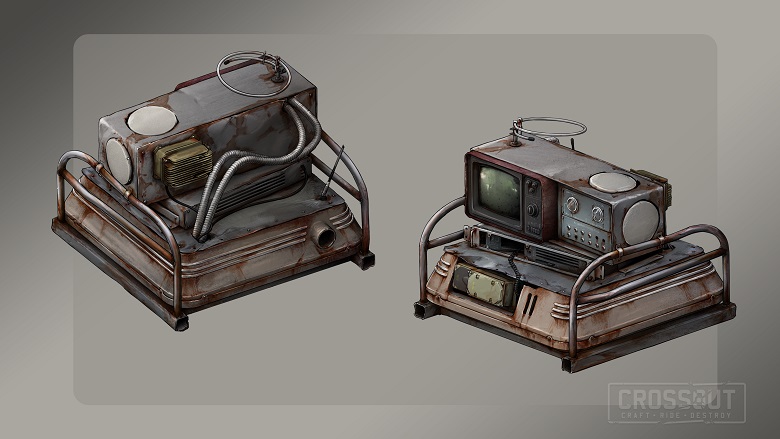 The otherworldly entity of the new car is revealed not only in its cabin, but also in the new module. “Daze” is the best description of what your enemy will experience when he feels its effect. The active module completely disables enemy weapons twice for a short time if they are close enough to you.

But even here you will have to pay the price — during operation, the module reduces the speed and power of the owner’s armoured car and becomes explosive.

Not everyone can curb the spirit of “Furia”. And those who can, will become a real nightmare for their opponents. 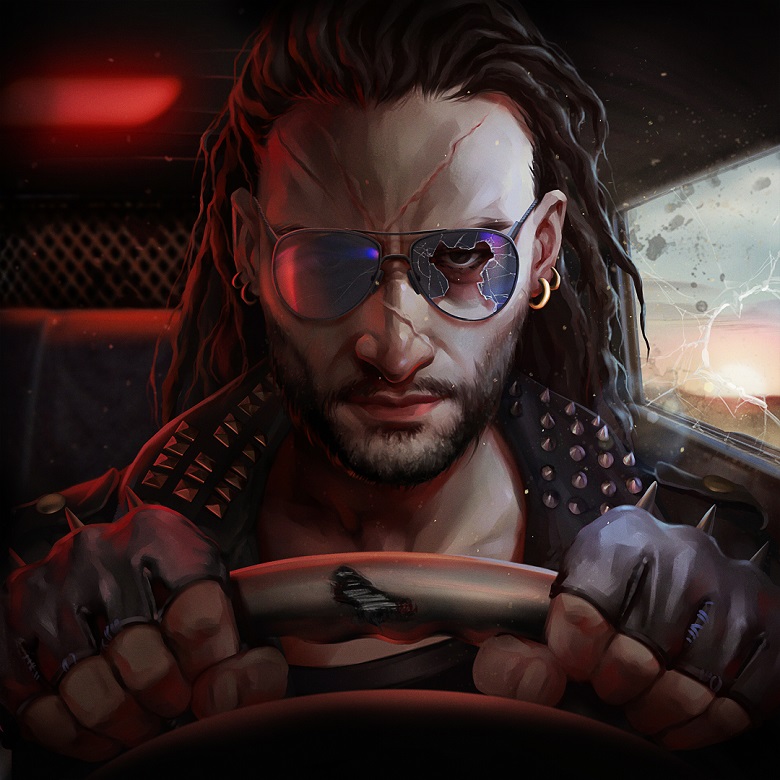 One day, Jones came across an old man named Mortus in the Wasteland and bought an old retro armoured car from him. At first, Ivy XO was happy that Jones had finally found his passion and spends all his time in the garage, but his hobby quickly turned into obsession. The young man’s personality has deteriorated, and even his appearance has changed. That’s when Ivy started to worry.

She found Mortus, hoping to convince him to buy the car back, but the old man shut himself in his home, screaming that will never take Catalina back. On her way to the camp, Ivy realized that she had already heard this name from her friend. She tried to persuade Jones to get rid of that car, but he shouted that his name was Jonathan and he would rather give up everything in the world rather than Catalina. He drove away soon after.||However, he returned the very next day. Looking battered, Jones said that he had encountered a group of raiders in the Valley. They didn’t intend to attack, but made a few of jokes about his haircut and his car. And then... Catalina dealt with the offenders and burned down their camp. Only then Jones managed to break the glass and escape, having activated the vehicle’s self-destruct system.

Of course, there were very few people among the Engineers who actually believed that the car had come to life, and the story was quickly forgotten. But every time Ivy goes out on night patrol, she sees two pairs of dim round headlights and the smouldering silhouette of an armoured car with sharp “tailfins” on its rear fenders in the distance.

Structural parts of “Furia” and decor 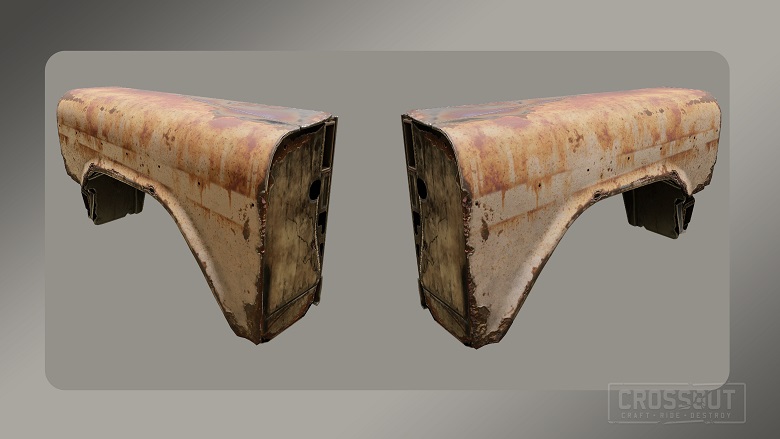 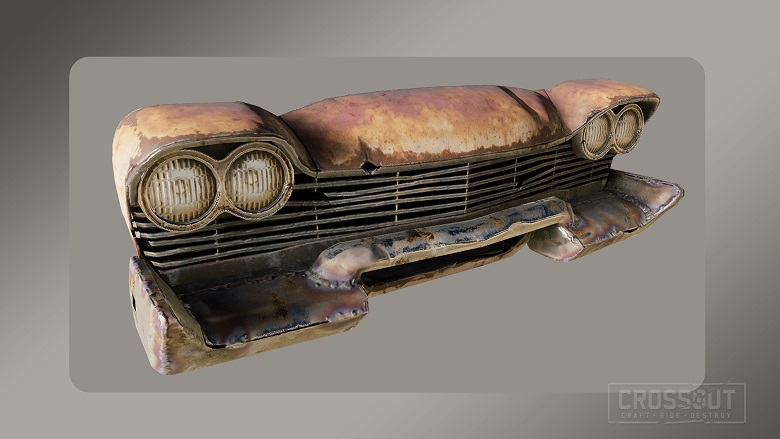 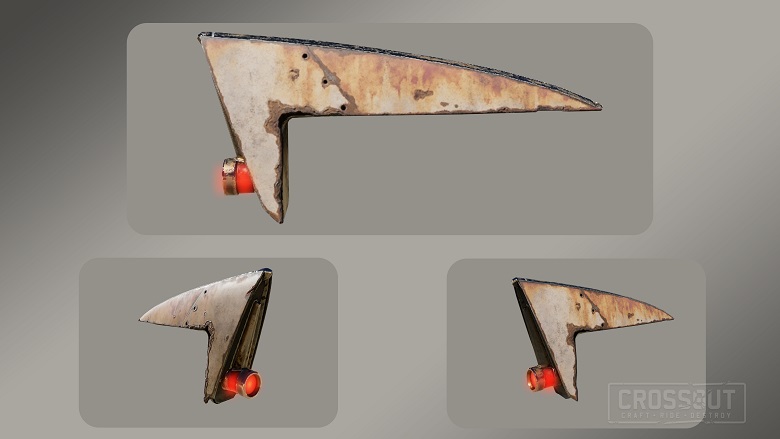