Changes in the mechanics of obtaining items for the range 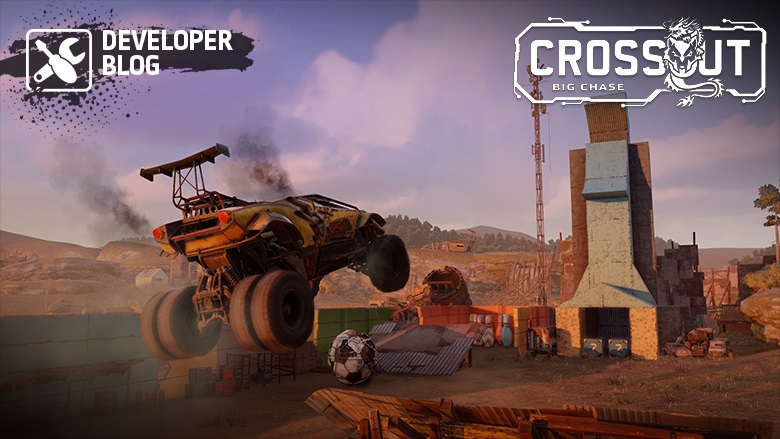 As you already know, the next update will be dedicated to the return of the “Steel Championship” to the Wasteland. But the return of the updated football brawl and the start of a special football season (yes, there will be such a thing!) are not the only notable events of the future version 0.13.90. In this update, we also plan to improve the mechanics of getting new items for decorating your ranges.

Now, most of the items for the range require a special resource “Building materials”, which can be obtained by dismantling other items for the range, recycling of paints, decor and stickers, or in some other temporary activities. Only basic blocks and ramps can be relatively easily produced from the common resources (scrap metal and copper).

With the “Steel championship” update, all items for the range from the “Building” tab can be produced in the usual way: using items for the range of previous rarities, as well as basic resources (scrap metal, copper, wire, plastic — depending on the rarity).

We plan to retire the “Building materials” resource. All the building materials that you have on your accounts will be compensated with Engineer badges. We remind you that the badges can be exchanged for resources or special containers in the corresponding tab. The exchange rate for building materials will be determined closer to the update’s release.

Another important change will be that most (but not all) range items will become tradable and could be sold or bought on the in-game market. As a result, the mechanics of production and trade of items for the range will become similar to ordinary parts, which will greatly simplify the process of range building.

Some of the rarest and most valuable items for the range can be purchased in the in-game store with crosscrowns. Some of these items can then be resold on the market to other players (if the item is tradable). With the update’s release, the packs “Builder pack” and “Amusement park pack” will be removed from sale for crosscrowns, and building paint will later be obtained by recycling decor, paints or stickers. Separately, we’d like to note that the items for the range, which were received for rating leagues during in-game events, will remain unique and will not be produced, traded on the market or sold in the store.

That’s all for today. Stay tuned to our news and don’t miss the start of the brawl and the special season!