What new features are planned in the near future? 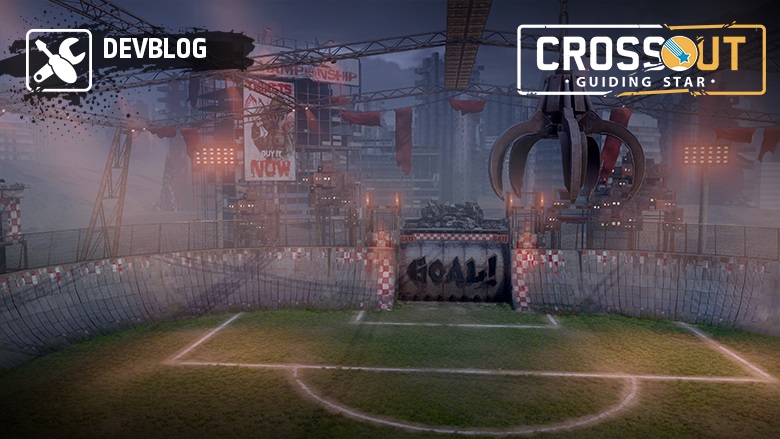 We got a lot of interesting and interesting novelties and announcements, so you can park your armoured car, get comfortable and find out what will appear in Crossout in the near future.

We remind you that all the new features described in the “Developer blog” are not final and may be changed before they are introduced into the game or may not make it into the game at all. This applies not only to information about possible unique features of new parts, but also about the parts themselves.

It has already become a tradition to host intense football matches at the “Central Stadium” in July. And this year is no exception.

Of course, there were a number of changes added to the event! You can expect: an updated football field, brand new armoured cars -“football players”, more emphasis on the individual actions of the player when scoring points, as well as the ability to earn points for defending your gates from goals.

There will also be new commemorative awards. In addition, everyone will have the opportunity to get some rewards from previous football events. 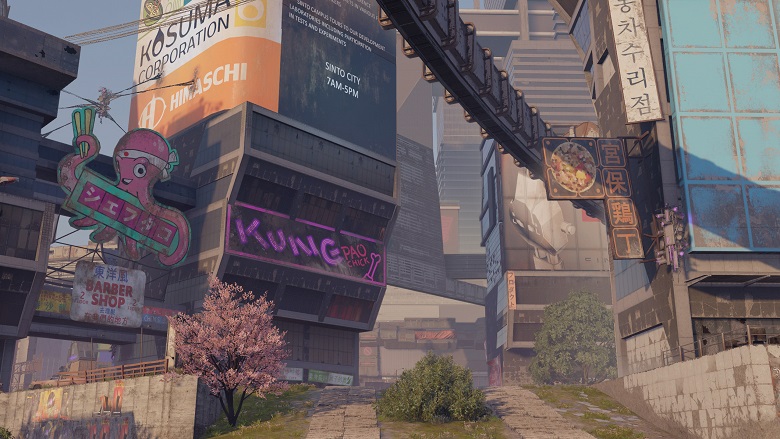 The location will be a part of the post-apocalyptic metropolis setting, which received positive reception from many players. “Shinto City” turns out to be a multifaceted map, and we tried to continue rethinking the usual gameplay routes of players while developing it.

This four-level, relatively compact map for the “Encounter” mode will feature a city quarter of what was once one of the world’s richest corporations, built in a dense urban environment on the bank of the canal.

In the “urban” part of the map there will be ideal conditions to confuse the enemy, evade pursuits or attack the unsuspecting victim from the rear.

From the side of the canal, the players will be able to find long-range firing positions, allowing long-range builds and artillery to take advantageous positions and control the center of the map.

On this map, we plan to implement an interesting feature: the base capture can be started on two levels: at the bottom, or on the upper level — the overpass, which goes directly above the base. It’s not as simple as it looks: your dexterity and cunning will play an important role in the success of your team.

It’s planned that until the end of the summer, several curious and long-awaited parts will appear in Crossout: among them are the wheels for art builds, an extremely interesting cabin and even a frontal wheel! 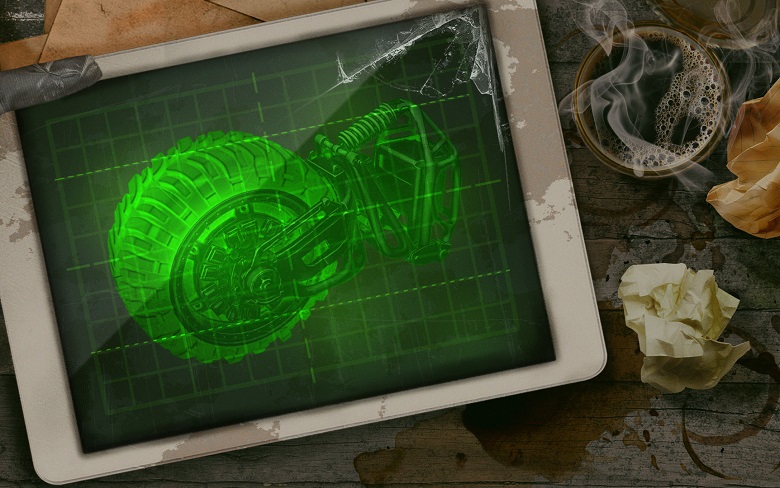 Let’s start with the part that many survivors have been waiting for a long time. Meet the epic frontal wheel!

Yes, you can put it from the front on the frame, that’s why it was created! But we are sure that you will find many more interesting ways to use this unusual movement part.

Talking about its parameters — it’s planned that the new wheel will be comparable to the well-known “Bigfoot”, so you shouldn’t worry about its excessive fragility.

The wheel’s perk will allow you to temporarily get a certain bonus to the damage of any energy weapon after you pass a certain distance. And the bonus value will depend on the number of such wheels mounted on the car (there will be a limit, after which mounting additional wheels will not lead to a larger bonus value).

The loss of each frontal wheel will be accompanied by a brief shutdown of all energy weapons mounted on the car. And, although the shutdown will be really brief, we recommend you not to burst into the eye of the storm, where you can lose your wheels, because in such situations even the slightest delay matters!

Along with the frontal wheel, a new light epic cabin will appear and will give even more options for the owners of weapons with reloading mechanics. It’s planned that its perk will boost the reloading of the weapons mounted on the car, and the bonus to the car’s speed will depend on the amount of those weapons. The fewer weapons mounted, the greater the bonus value.

The model of the cabin is still a work in progress, but we will definitely share its visual appearance with you later. 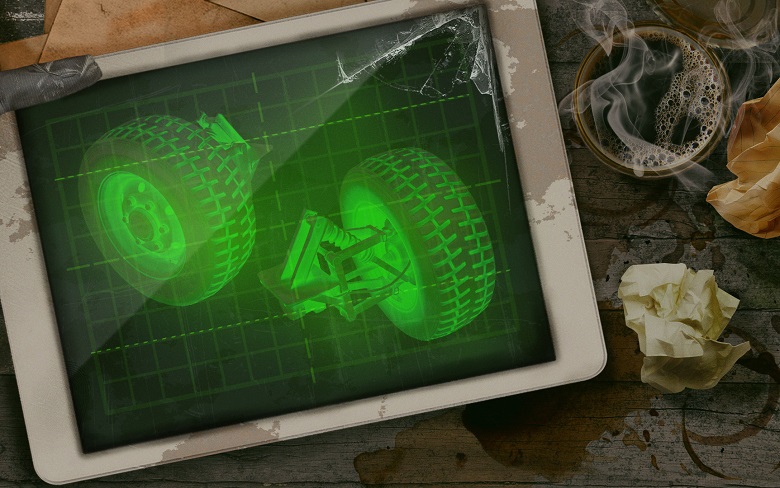 These small “rare” wheels will not add more efficiency to your build and they don’t have any perks. But we are sure that the fans of “art builds” would want to add such wheels in their collection. Using these wheels, you will be able to assemble not only armoured vehicles with minimal clearance, but also recreate the appearance of many cars that exist in real life!

And all this will appear in the game with the next update (which will be released in July) and during August! Stay tuned to our news to be among the first to see the new cabin!