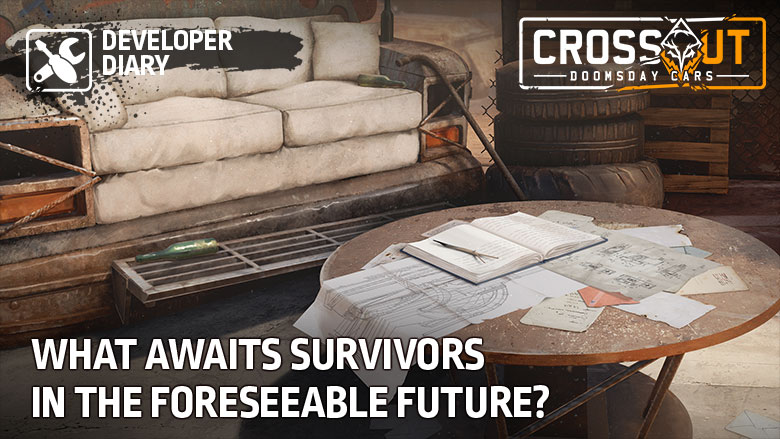 Hello there, survivors! Today we would like to tell you what comes next in the upcoming updates. The biggest new feature, by the way, was born of your suggestions. Intrigued? Then let's do this!

Although we plan to have a small update, we will still add a number of interesting things that you often asked for.

Let's start with the return of Stevo and his Ravens. Our tireless scouts report that the gang is carrying familiar details and something is hidden from sight in a small van. The particularly talkative members of the gang dropped hints that the van carries samples of a certain module and the weapon. The scouts still have their instinct of self-preservation, so they decided to refrain from further questioning.

Let's turn to what almost all survivors in all corners of the Wasteland have been whispering about: new relic weapons. This time two of them are planned. We'd like to note that the relic weapons will not be associated with the arrival of the Ravens. They will be available, like all other relic weapons, at the Engineer workbench “Secret Workshop”. 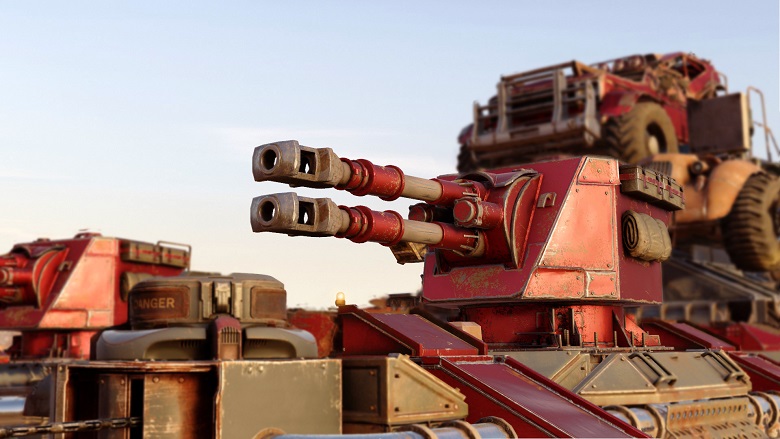 Allows you to land precise shots in any direction at long range. Has two modes:

Planned perk: When fully charged, the first round deals less damage, but heats all parts within the blast radius. 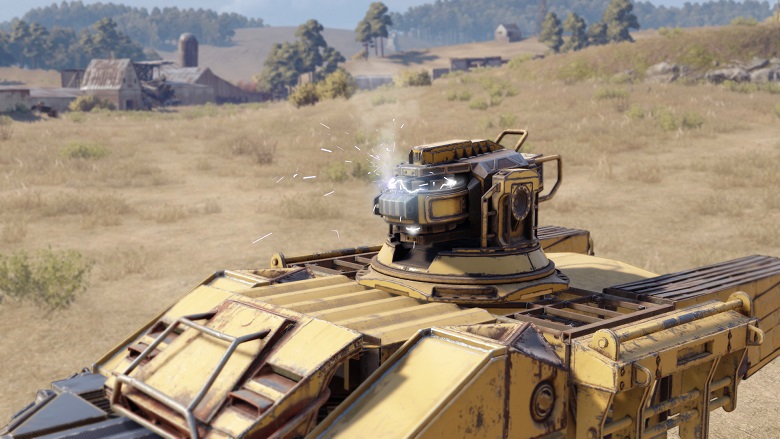 Support weapon. Deals equal damage to all targets in the aiming cone. Effective for fighting multiple opponents at once.

As usual, the precise values aren't here yet, since they may change before the appearance of new parts on the game servers. 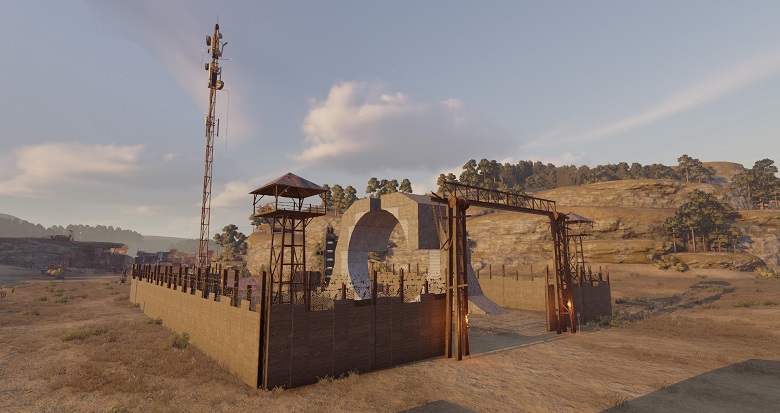 And now the main course! It's been a while for the Wasteland in the OBT stage, we've heard so many different suggestions about “decorating the test drive zone”. As time went by, the idea of ordinary decorations exploded with more and more wishes. And here, we are almost ready to present the result! 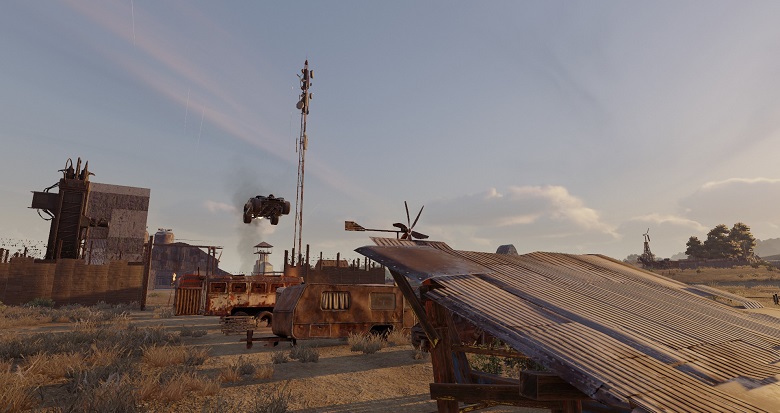 We agree with the opinion of a number of players that everything should not be limited to a simple “decoration”. Such a feature should also carry some practical application, be useful for the player.

With the release of the update, each player will have a special area in the test drive zone that can be decorated at his own discretion using a variety of different objects. These can include both standard objects in the form of blocks and destroyed items (fences, road signs, etc.). Special attention should be paid to “rides”, which will help you test the efficiency of your car. Would you like to measure the impact force in a collision? Please! Do you want to measure the damage of your guns? No problem! 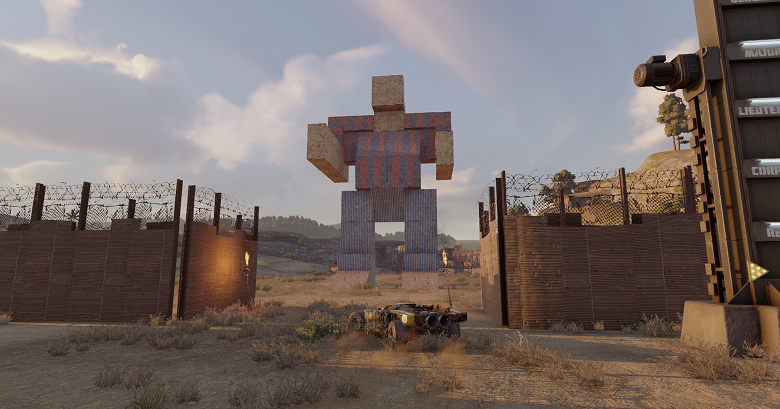 As a result, almost everything will be limited by your imagination, needs and development area:) You can stop at a decorative installation or performance measuring devices, or you can build a real obstacle course! We also plan to add the option of visiting your friends' garages.

How will it be possible to get objects for the decoration of the test drive zone?

Several methods are planned. Some of the parts will be available for reputation levels with the Engineers faction. Other parts will be available by increasing levels in the new season, which will start with the update. It is possible that in the future the roster of items will be supplemented with new thematic objects, which can be obtained only during special events in the game.

What else to expect in the new season?

Of course, everything will not be limited to new objects for the decoration of the test drive zone. We also plan to add a few new parts for your armoured vehicles to the list of the season's rewards, including: 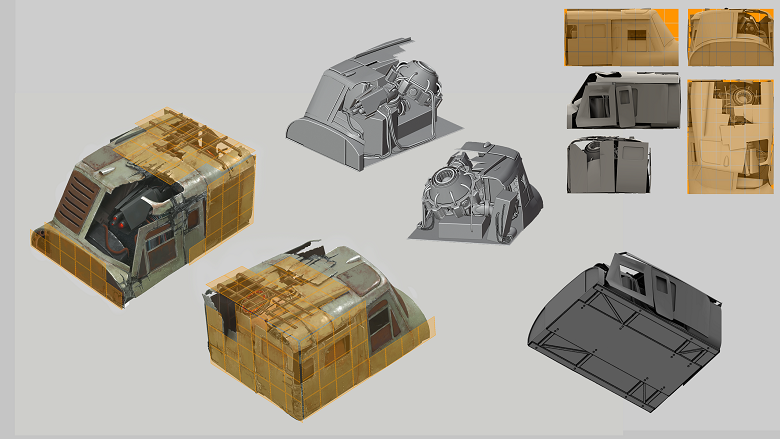 We will tell you more about the parts, their parameters and perks later in a different article. Stay tuned so you don't miss anything!