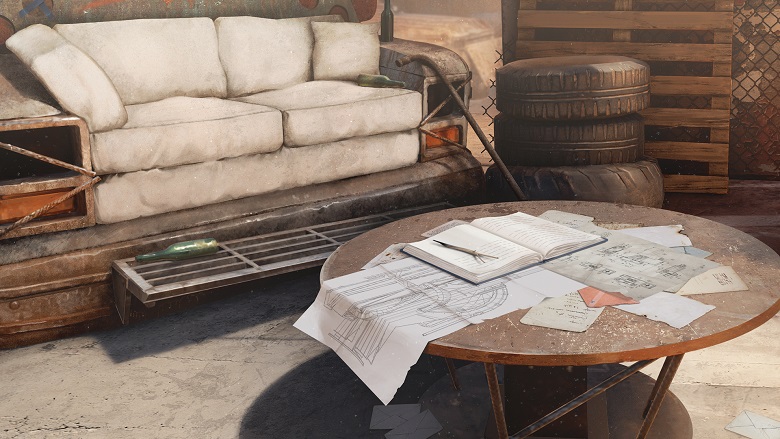 We continue to reveal the details of the upcoming big update. Today we will tell you about the new rarity in the game and how the mechanics of upgrading parts familiar to most players will change.

Please note that all the features described in this blog are preliminary and may still be changed before the final release on the game servers. You can familiarize yourself with all the planned changes on a special test server!

Let's start with one of the possible questions — why does the game need a new rarity?

We examined the progress of new players and the speed with which they receive new parts. Studies have shown that for a new player, the transition from “rare” to a more effective part (“epic”) is too long and not the easiest. We would like it to be easier for players to increase the efficiency of their armoured cars and get new details on the way to their “epic” and “legendary” versions. 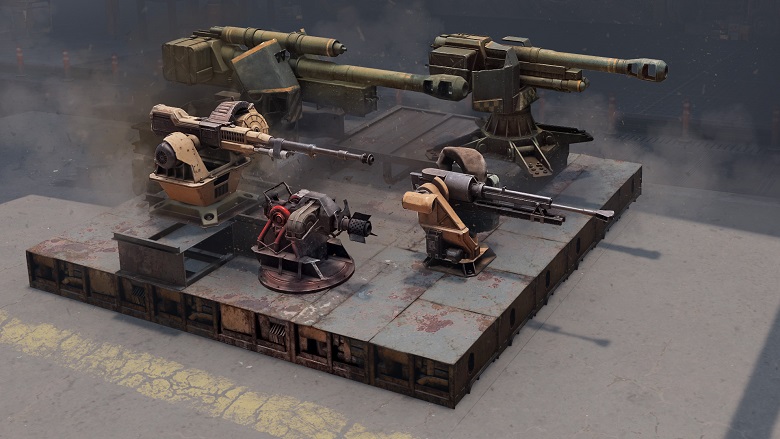 In the next major update, the “special” rarity will be added to the game. It will add seven new parts to the game:

Some of the current “rare” parts, which in our opinion correspond to the “special” rarity, will also be transferred to it. In the “elite” factions (“Steppenwolfs”, “Dawn's children” and “Firestarters”), all “rare” parts will change their rarity to “special”. 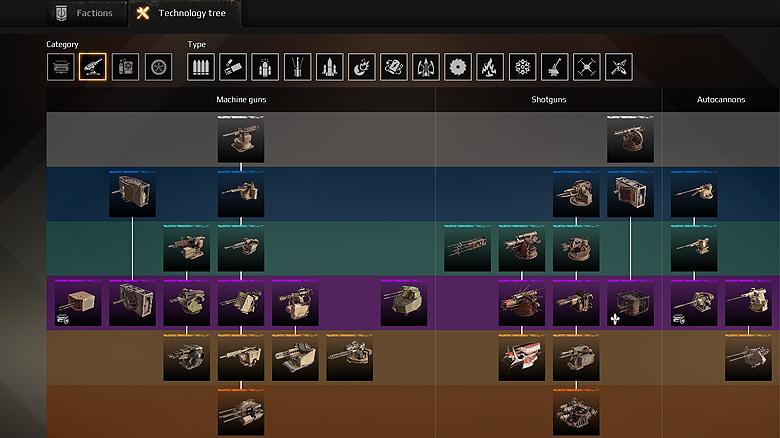 The assortment of workbenches of “special” rarity can be studied today with the launch of a special test server. The parameters of those parts are temporary and may be changed later.

Why would introducing a new rarity between “rare” and “epic” benefit the game?

With the advent of the new rarity, crafting recipes will also change. Some of the recipes may already be changed on the test server, but keep in mind that they may be not final.

Please pay attention: the number of parts included in the crafting recipes will be changed so that the total production cost will not change in any way.

You can familiarize yourself with all changes in rarities on a special test server.

In the next update, we also plan to rework part upgrades. We took into account your comments on weak or unhelpful upgrade bonuses and offer you an updated version of the mechanic: so that the upgraded part really compares favorably with the usual one, now you will receive several random bonuses for one upgrade. Bonuses themselves will not be weaker than those that are presented in the game now, and some are planned to be strengthened a little. Armed with the luck that somehow accompanies each survivor, you can upgrade the part to the one whose set of improvements will meet your needs.

A complete list of possible upgrades for each part can be found in the game.

Let us dwell in more detail on the mechanics:

For all players who already have upgraded parts, the current bonus on each part will be saved and will be slightly strengthened. When you upgrade the same part again, you will already receive several bonuses, but all of them will be standard.

Here is an example:

In a future update, we also plan to make the change that many survivors have proposed. We are going to revise the principle by which the amount of energy in the cabins is determined.

Now the amount of energy in a particular cabin will depend on its rarity:

At the same time, we plan to adjust the parameters of the cabins so that they better correspond to the role conceived for them. Updated parameters of all cabins can be tested on a special server.

What are the reasons for such changes?

We agree with the majority of our players, and we are not comfortable with the current situation, in which the player’s choice most often stops exclusively on “light” cabins. The choice is clear — more energy with a relatively small model and characteristics that are convenient for creating almost any vehicle. Now the choice will not be limited by the amount of energy provided, and the parameters of the cabs will better reflect their belonging to a certain type of cars.

In order to try the updated upgrade mechanics and test cabin changes we hand out 7 new weapons of “special” rarity and all the “rare”, “special” and “epic” cabins.

Please, pay attention that after the test is finished on Sunday, all the accounts ON THE TEST SERVER will be reset. During the next test you’ll be able to use the “Copy account data” button and copy your account from the live server to the test one.

We are sure that many of you already know about the so-called “Side-flyers”. These are vehicles in which, due to non-standard assembly, mechanics of strafe and reassignment of control buttons, efficiency and protection are seriously increased. Statistics invariably confirm the superiority of such armoured vehicles over conventional hover vehicles.

We would like cars with hovers to be effective precisely in the classic assemblies, for which this chassis was thought and did not force the player to resort to various tricks. Therefore, armed with your and our own ideas, we are ready to present a test version of the changes designed to balance the current situation:

Today we plan to launch a test server where you can familiarize yourself with the changes described in this developer blog and share your opinion in a special thread.

See you in the new blogs!

Please note, that changes, described in this blog, are still a work in progress. Many things (parts parameters, production recipes, etc.) still may be changed till the update is released.