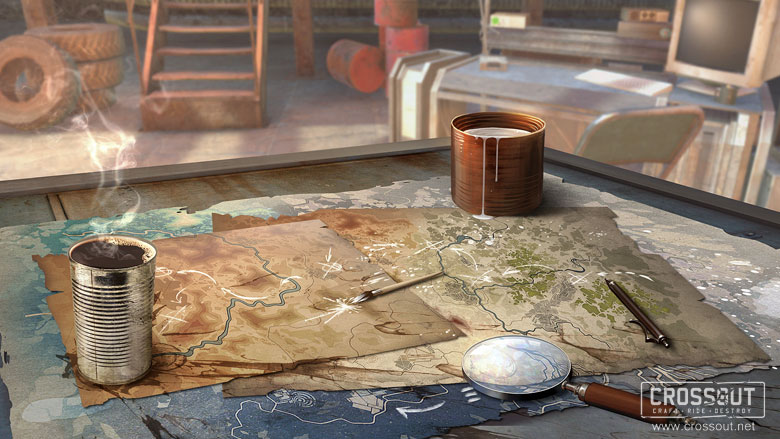 Greetings to all survivors! Today we would like to share some information about what is currently being worked on and what to expect in the foreseeable future. Of course, we can't list all the planned changes and features within a single blog entry. Therefore, we chose what you most often asked us about and what was most often suggested by players around the world.

And we will start with what many already know. In the next update, we plan to add a new PvP map to the game, which will be the first in the map cycle with a new setting, unusual for many Crossout players. The players' suggestions for adding aggressive surroundings to new maps different from the acid lake at the “Factory”, seemed promising to us. And we are almost ready to present the first map of this kind.

The map is a city abandoned after a flood. The main objects on it are partially destroyed panel houses, forming local arenas for battles. The memorable element is the geysers in the middle of the map. It is thanks to them that the geothermal station, also located in the middle, works. Geysers can fundamentally change the course of the battle. They block the view for the enemy, they can destroy drones and missiles flying through them during the discharge of water. And, of course, small and medium-sized armoured vehicles can be thrown and turned over.

In addition, to make it more convenient, the animation of receiving any manufactured items from workbenches will be shown only if you crafted this item for the first time. Subsequent crafting of the same part will not play the animation.

We will also touch on the topic of clan battles. We agree with the majority of players in this mode that “jumping” from more prestigious leagues to less prestigious for easy earning of uranium ore is not how the competitive mode should work. Now we are considering several possible solutions at once. As soon as the changes in the current mechanics are ready, we will include them in the next update.

New Year is close, which means the villain Gronch again seeks to spoil everyone's holiday. But the survivors are ready for anything, so even the new conditions of the battle will not become a serious problem for them!

Changes will also happen to the familiar workbench “Lost and found explosives”. To the already familiar assortment, we will add new unique rewards that will be regularly updated.

Want to get some new paint? A police light or other unique decor? A CK for wheels? Then the upcoming event is definitely for you!

As you know, at the beginning of 2020 we plan to release a major update. Today we would like to make an early announcement and inform you that we are working on a new game faction. Details are yet to be disclosed. In the meantime, we can say that player progress within this fraction will occur differently than in existing ones. And, of course, you will see new structural parts, weapons and equipment.

In addition to the above, we still have many plans both for new content and for the improvement/rework of existing mechanics. We will share information with you as it becomes available.

And finally: can you guess the style of the new faction from the silhouettes of some new parts? We won't be able to confirm your guesses very soon, but it would be interesting to read your assumptions :) 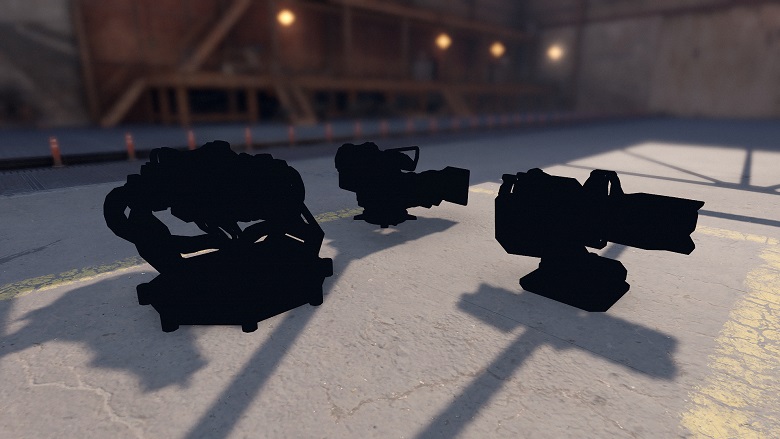