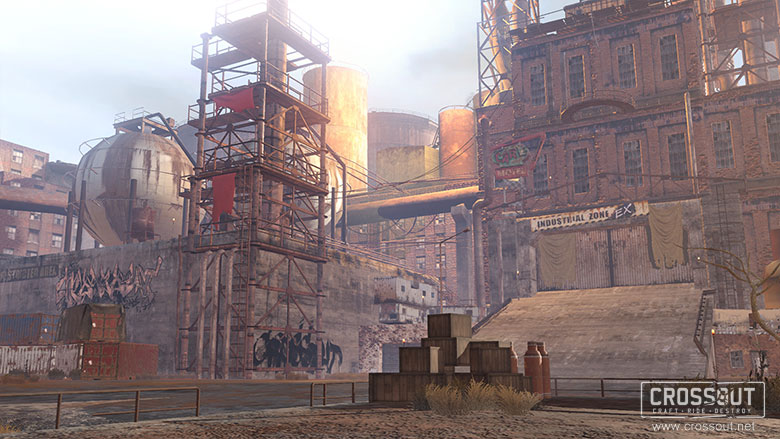 Strange news is echoing from the Wasteland. Everybody is talking about it. Gang scouts find frightening evidence showing that the world of Crossout, as we knew it, is changing. Very slowly and quietly, only the hidden and forgotten corners of the world host mysterious events with untold consequences.

Remote settlements in the Blood Rocks have been going silent one after another. Of course, who cares about backwoods far from bustling life, from resources, from the hubs of power and authority? But if the number of disappearing settlements keeps growing every month, even the dumbest raider may become suspicious. And if the solo scouts who'd been sent to find out what was happening on the outskirts of known territories, disappear without a trace — these suspicions will grow even bolder.

The Engineers were the first to sound the alarm. This community has always had a desire to help anyone they could, as well as the wish to have complete information about what is happening in the Wasteland. They tried to scout the situation carefully, but at best, the scouts would return and tell that everyone's homes were empty, many valuables were left behind, and there was practically no trace of a fight. The hopes that a new gang of raiders could be behind all the odd happenings were also not justified. On the contrary, gangs on the outskirts became noticeably smaller, as if someone set out to reduce their numbers.

The Engineers tried to talk to other factions, but their past never allowed for a constructive dialogue. At best, they were simply ignored; at worst, they were driven away, encouraged by state-of-the-art cursing. Then the Engineers decided to act independently. To find out what's happening in the area of ​​the vanished settlements, and try to understand how dangerous it was. Problems were looming on the horizon like thunderclouds.

The Engineer could not do anything on their own — they had long experienced a shortage of personnel suitable for long-range recon. The situation reached a dead end, there was no way out.

After some time, a ragged and dirty man approached an Engineer outpost in the Wasteland. He shuddered from every sound but was so tired that at some point he just fell, completely exhausted, not far from the camp. The Engineers never refused to help anyone — so they tried to bring the vagabond to his senses. As soon as he opened his eyes, he immediately tried to jump to his feet but was too drained. Having circled the Engineer soldiers standing over him with a clouded stare, full of fear and madness, the vagabond uttered just one phrase:

After that, the vagabond lost consciousness again. As it turned out later, he came from the very settlements that had gone dark.