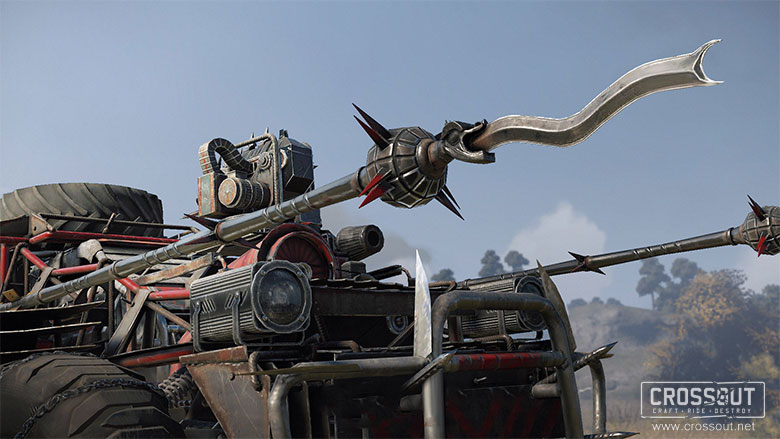 Survivors! Today we would like to inform you of our plans for changes in the methods of obtaining weapon appearance customization kits (CK) and paint cans. The plans described in this blog will take effect approximately in a month and may still be changed. When we are a bit closer to enforcing the announced changes, we will further remind you of this in a special news item.

So, CK and paint cans. At first glance, these things are completely optional, since they do not give advantages in battle and only change the appearance of parts or the entire armoured vehicle. But, as is often the case, the first impression can be deceptive. Sometimes the modified appearance of the already familiar armoured vehicle is no worse than a new part and gives you a fresh look at your reliable metal steed in the Wasteland. What will change and how will it be possible to get these cosmetic items after the changes?

Let's start with the things that many of you already know. Currently, CKs for weapons can be obtained from special containers, which are produced on the workbench of the“Engineers” faction — “Expert Decorator”. To get a random CK, you need to rent the workbench, collect the necessary amount of resources, produce a container, open it and hope for the best. We decided to abandon containers as a way to get weapon appearance customization kits because often a random CK could simply be useless for the player.

In about a month we are planning to close the “Expert Decorator” workbench, and, accordingly, to remove the possibility of producing current containers with CKs for weapons. In the future, a number of CKs found in these containers may be improved or completely reworked and transferred to the “Appearance” tab of the in-game store.

As for paint cans, the container with them will be transferred to the workbench “Engineer workbench” which does not charge coins! All you need to do is to collect the necessary amount of resources and produce a container. Please, pay attention that the recipe of the “Paint Container” will be changed.

We would also like to note in advance that the changes will not affect the paint cans obtained during in-game events or from packs.

Apart from the aforementioned changes, we would also like to announce that in the upcoming update we are going to reduce production costs for “Blueprint storage” and “Storage expansion”. After the update the recipes for both consumables should look like this:

Stay tuned and always be aware of the planned changes. See you in the next developer blog!