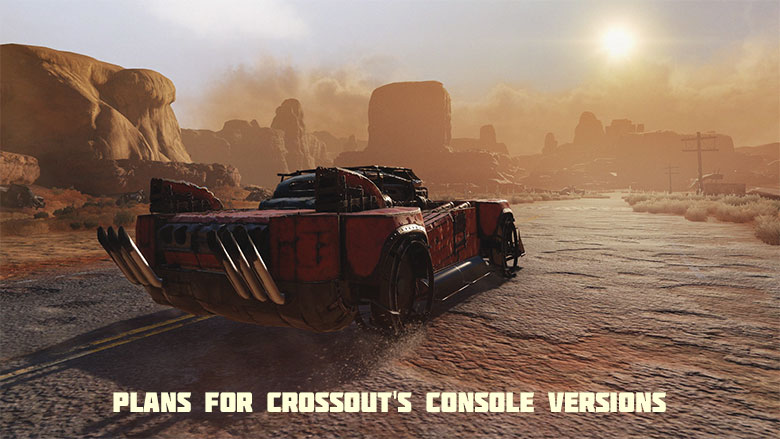 Greetings to all Survivors from the world of console gaming! Since the start of development for console versions of the game, we have seen them as independent games that can and, most likely, will differ from their counterparts on PC. It is understandable: the quirks of controlling an armored car with the help of a gamepad, the differences in the technical capabilities of consoles and PCs, as well as many other various features force a different approach to the development process for consoles of the current generation. In the future, we plan to give even more attention to the various game features on consoles. We are planning a number of new features and improvements for the PS4 and Xbox One versions of Crossout, and today we wanted to share this information with you. Let's begin, shall we?

We would like to start with the interface and controls. As part of a drive to make the interface more intuitive, we have already introduced a number of small but important changes that made it possible to move quickly between the interface elements, not only with an analog stick, but also with the help of the D-pad. What does the interface look like in the future? 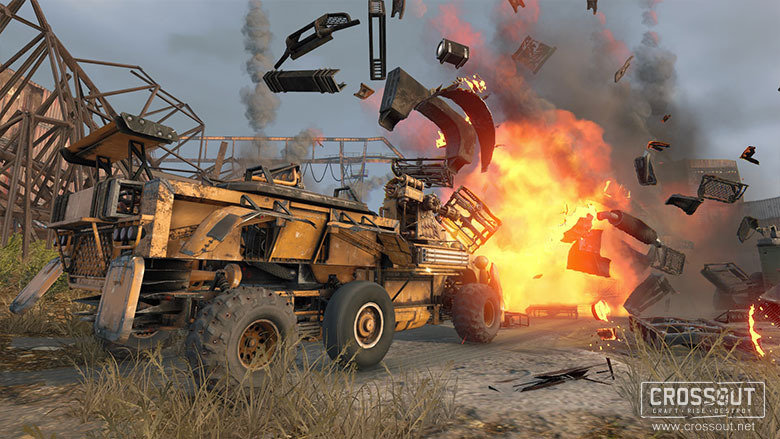 First of all, we would like to pay attention to ‘hotkeys’ in the game. Now you can see that a number of frequently used functions do not have their own ‘hotkey’, which actually forces the player to move the cursor to the button using a stick. We want to add a number of new ‘hotkeys’ and standardize them.

The loading screen, in our opinion, also requires improvements. As a rule, loading battles on consoles takes a little longer than on PC, and we would not want this time to be wasted. We plan to update the loading screen in the console versions of the game, and also consider the possibility of using it to display custom crafts and adding new useful tips.

Improvements and changes will also affect the build mode, where Survivors spend most of their time experimenting with various parts. We plan to create a simplified version of the armored car assembly process and streamline the mode's interface.

And now for something completely new: chat in the console versions of the game! Now all players on PS4 and Xbox One will have the ability to search for a clan or group to complete raids right in the game. They will be able to share their armored car blueprints and just communicate with other Survivors without leaving their garage. 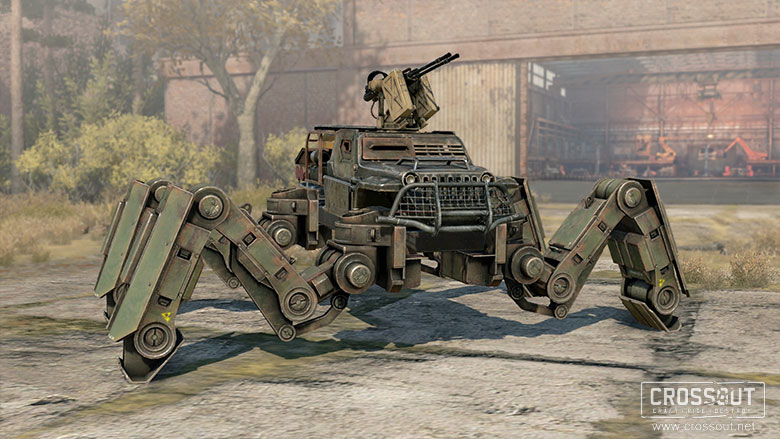 One of the distinguishing features of the gamepad, which allows you to literally feel the gameplay, is rumble feedback. Just imagine — every projectile hit, the movement of your armored car and firing your weapons can be felt in your own hands! We are already working on the implementation of rumble in Crossout and also plan to take into account the features of the PS4 and Xbox One gamepads and the opportunities that they provide.

The PC version of the game is not the only one where we plan various visual improvements and innovations. Our list of planned innovations includes: improved lighting, visualization of various weather conditions, camera behaviour improvements in collisions and while shooting, as well as the appearance of small destructible objects on maps. 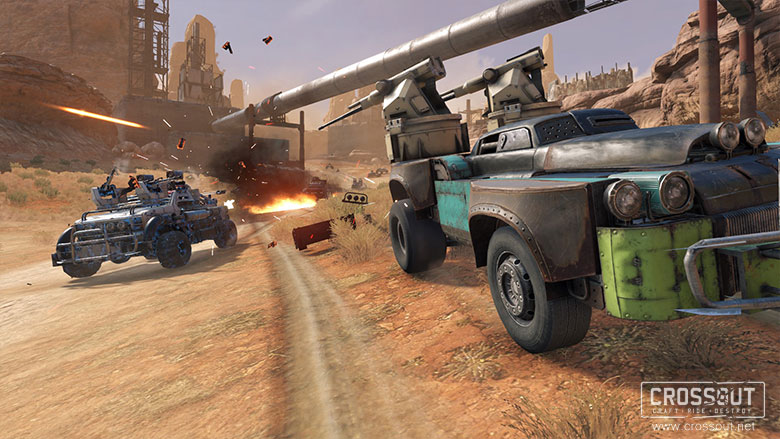 In addition, we plan to improve the matchmaking system and pay more attention to exactly those aspects where console versions of Crossout need improvements the most. Of course, the full list of plans for console versions of the game is much more extensive, but in this blog entry, we tried to inform you about those that are planned for the foreseeable future. Follow our news to always be aware of the latest changes and announcements!

Please note that the plans described in this blog are preliminary and may change during the work on new features or may not appear in the game at all.