Crossout development plans for the near future 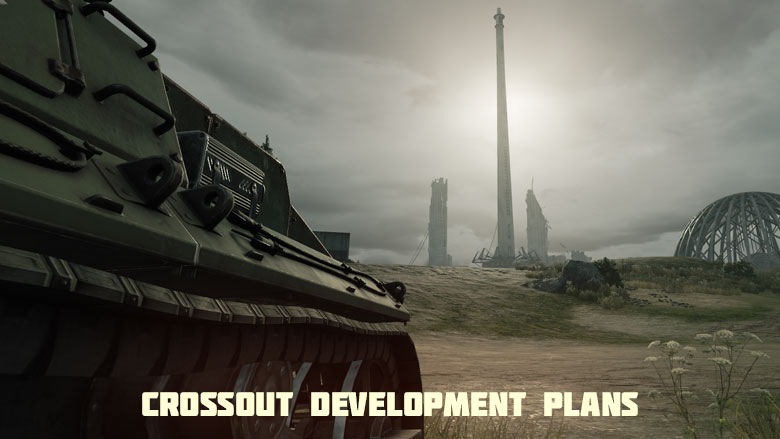 Survivors! Time, as you know, flies, and now a year has passed since the transition of our game to the OBT stage. What has changed since then? Together we participated in numerous in-game events and received memorable rewards, met the Knechte and were among the first to experience new types of weapons on the battlefield, got acquainted with new factions of the Wasteland and their unique parts, switched to full-fledged PvE scenarios. Listing all innovations and improvements can take quite a long time, and it can only make us happier! And most importantly, we are not going to stop there and continue to move forward. What awaits us in the future?

Please note that the plans described in this blog are preliminary and may change during the work on new features or may not appear in the game at all. 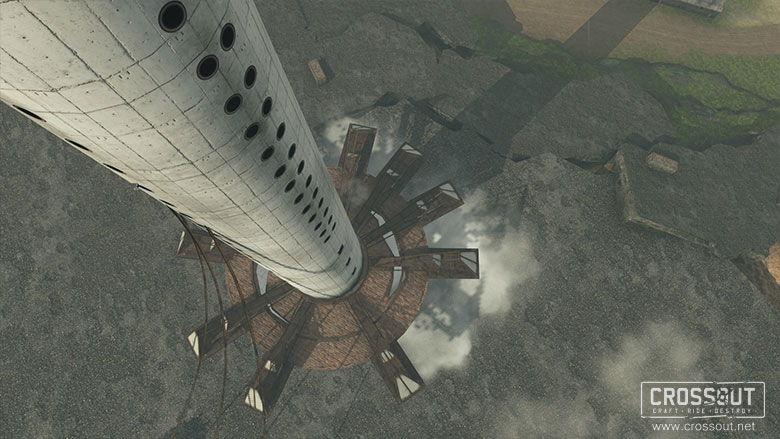 Let's start with what any PvP fan is waiting for — the new ‘Tower’ map. The map is created for the ‘Assault’ mode and represents a rather large territory of the Sepulchre, a city that has been empty for 20 years. Destroyed and abandoned buildings grimly meet the rare Survivors who dare to cross the dangerous border and only remotely remind everyone of the former greatness of a large metropolis. The central landmark on the map is a mysterious unfinished tower, that hasn't been seen by any of those who visited the Grave before the disaster. By the way, perhaps some Survivors will notice references to certain real buildings of the city where your humble creators of the Wastelands live.

Continuing the topic of PvP battles, we would also like to talk a little about the new PvP-mission called ‘Domination’. Its main distinguishing feature is the presence of three neutral points, available for capture. Room for tactical manoeuvres increases, and coordinated team actions are important as never before, because even one wrong decision can dramatically alter the course of the entire battle. What are the win conditions in the new mission? We will find out very soon. 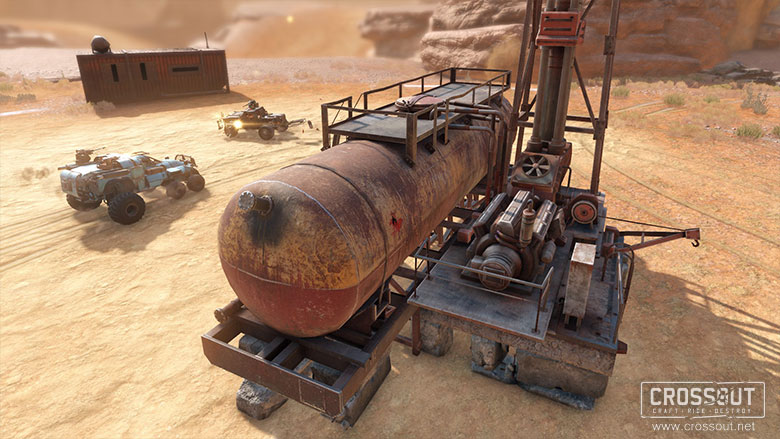 And what about raids? According to our plans, in the next update players will be able to take part in the new battle. Persistent rumours claim that someone decided to start mass production of Leviathans! These monstrous creations have been causing trouble for quite some time, and their mass production could threaten the fragile order that survivors have managed to establish after the disaster.
Survivors will have to disrupt the construction of the new Leviathan. To do this, they will have to perform a number of tasks, each time-limited. Their successful completion is in your best interests, because when the Leviathan is urgently started and appears before you, its strength will depend on the number of completed tasks. Will you weaken the formidable opponent or will you have to challenge its final form? Everything depends on you!

Moving on. Soon we are planning to improve the ‘New Scanner’. After the changes, each owner of the Scanner will be able to receive more coins daily, and the requirements for obtaining them will be greatly simplified.

What is the key to survival in the Wasteland? A powerful weapon, of course, and the more of them, the better each Survivor is prepared to any surprises. Should you expect new weapon types? Definitely! It is rumoured that our old friends the Knechte are planning another trip in the autumn, and then they are going to visit the Wasteland. What surprises are to be expected from them this time?

We also remember about the medals (in-game achievements). We plan to improve this aspect in such a way that for all significant in-game activities there is an opportunity to earn medals, and for getting the crucial and most complex medals, Survivors are going to get various cosmetic awards.

And there’s more! Next, we plan to release a more difficult version of raids for experienced players, and completing it will bring you closer to obtaining completely new and unique parts. Players will have to make every possible effort and act as a team to go through a series of challenges and reach the end of the battle, where they will face the final boss. What are the distinctive features of the new mode? After each completed challenge, raid progress will be saved. If the whole group dies in the next stage, its members will be able to reconsider their tactics and try to complete the challenge anew, without the need for using repair kits and re-playing the already completed stages. In addition, you can still use repair kits to return to the battlefield directly during the stage.
A difficult task will be rewarded appropriately! Completing such raids will open the road to new unique weapons and modules of various degrees of rarity (including a relic!). 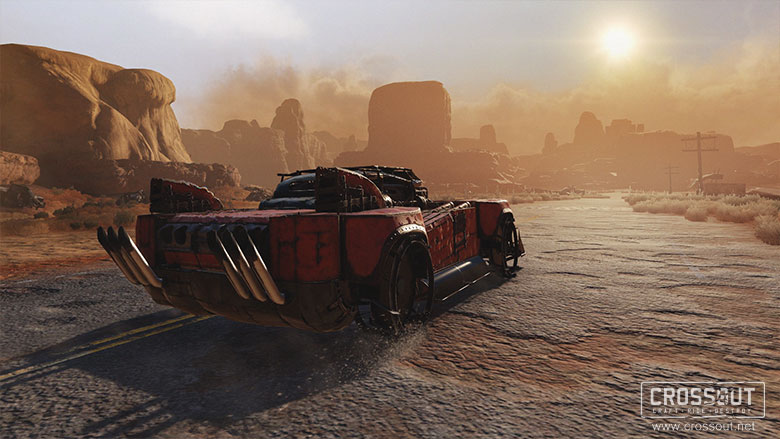 And, at the end of our blog, we would like to announce that we are working on an entirely new mode which would allow you to move freely across a large map and complete various tasks: both side-missions and story tasks. You will be able to get help from 3 more players — either from your group or randomly selected, if you play solo. As a rule, the tasks will be individual, but there will also be global tasks that will require the participation of all players on the map. This mode is scheduled for the third quarter of 2018.

This, of course, is far from all game aspects, which we plan to pay attention to. Further development and improvement of the matchmaking system, adjustment of the in-game balance, updating and improving the existing co-driver system, updates for the current game modes as well as reworking the seasons and daily quests are also important part of our priorities. Follow our news and developer diaries! We will share fresh details as soon as official information appears.

We remind you that all the features described in the ‘Developer blog’ are not final and may be changed before they are introduced into the game or may not be introduced at all.