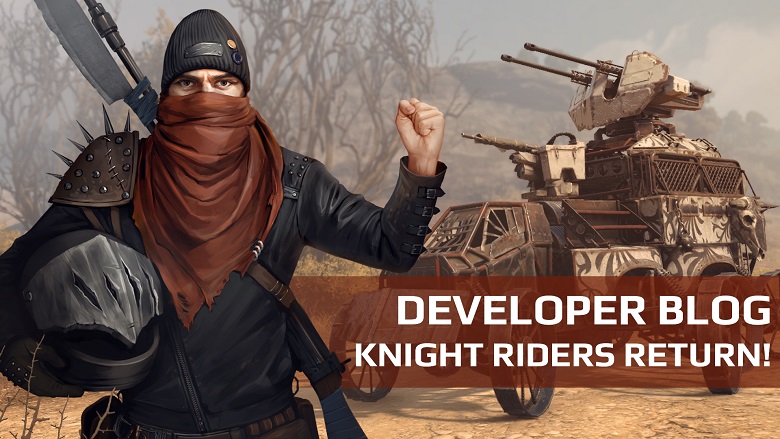 Welcome to all survivors in the Wasteland!

Knight Riders are back and once again they bring us a lot of interesting things. As always, earning parts and respect of the Knechte will not be easy — you have to prove your valor and courage. Prove that you are worthy of contacting them and doing business with them. To do this, you need to complete faction tasks — a real test of any survivor's skill. 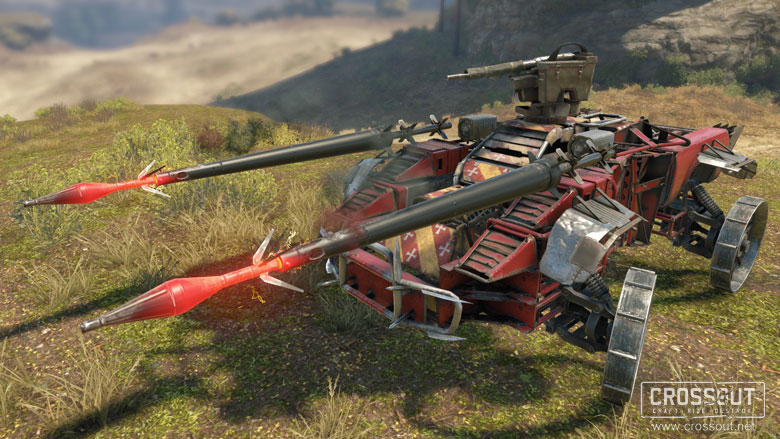 Martin does not like to talk about his adventures, but the Knechte sometimes tell their stories to survivors. For example, there's this one...

...This time the inviting Flanders seemed as close as ever. The Knechte heard rumours of a mountain pass leading to a secluded valley among the rocks. Getting there was not easy, because the pass was overlooked by an ancient castle, and the approaches were patrolled by the ‘Baron's squad’. The nearby lands were full of stories that Crossout had not affected the inhabitants of the Valley, that the water there was clean and tasty, and the land fertile. It was said that the people there lived in tranquility and peace under the protection of the Baron and his soldiers. But getting there was not easy — the imposing lord of the castle carefully selected his subjects and the price for access to his possessions was high. But since no one came back from the Pass — maybe the life there really was as beautiful as everyone heard?

After some time the Knechte found themselves at the gates of this castle and Martin held a speech before the Baron. The two leaders saw each other as equals, and the Knechte army (Martin's retinue and himself) was asked to join the Baron in the castle. The hospitable owner offered to discuss the issue of passage into his domain. And a real feast was declared in honour of the knights.

Alcohol flowed like a river, the fun was gaining momentum, but at some point the Baron's people tried to attack Martin and his bodyguards. The leader of the Knechte expected this and forbade his people to drink, but ordered them to have their weapons at hand. At the same moment he gave a signal to the Knechte left behind the gate of the castle and a volley from the Knight Riders hit the walls. The battle with the Baron was bloody, but fast. And in the morning Martin learned the terrible truth.

The castle was not hosting knights. The people there were cannibals. With their tales of the valley and their imposing appearance, they lured the survivors here, and then robbed and killed them. No mountain valley with springs and green trees existed — only a rocky abyss with sheer walls, where the Baron dropped the bones of his victims. The Knechte took the weapons of the ‘false knights’, and Martin ordered to raze the cannibal nest, so that there would not even be any memory left of this cursed place. Another rumour about Flanders turned out to be a lie and the Knechte moved on, immediately deciding to sell some of the trophies.

What have the Knechte prepared for the worthy this time? 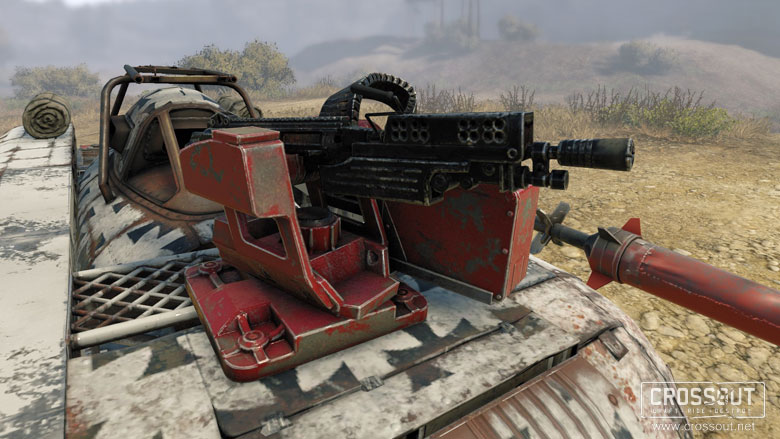 SMG-37 Piercer — this is the case when size doesn't matter, what matters is the crazy firepower. This small submachine gun can launch an entire cloud of bullets at the enemy in a very short time. Size, weight and ease of use will certainly make it a favourite of many survivors. A rare thing! 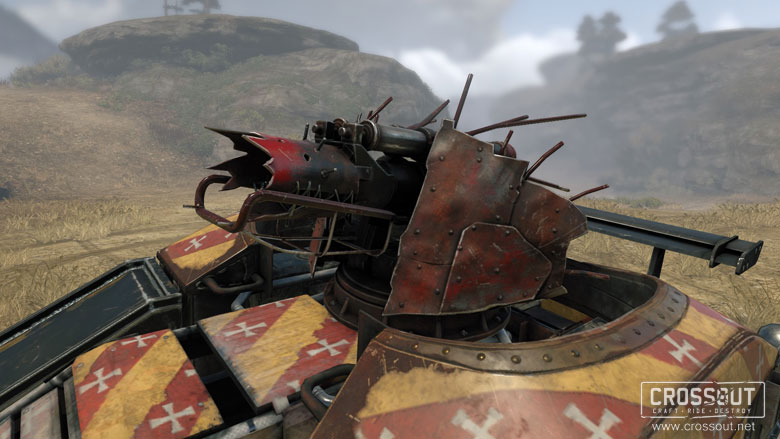 Single-shot shotgun ‘Fafnir’ — such shotguns are well known in the Wasteland, particularly because of the modification called ‘Junkbow’.Naturally, the Knechte would not offer conventional weapons for their challenges. This shotgun is a very rare version of ‘Junkbow’ with an active stabilization system. The spread depends on your speed, which turns a classic weapon into a unique argument in combat. 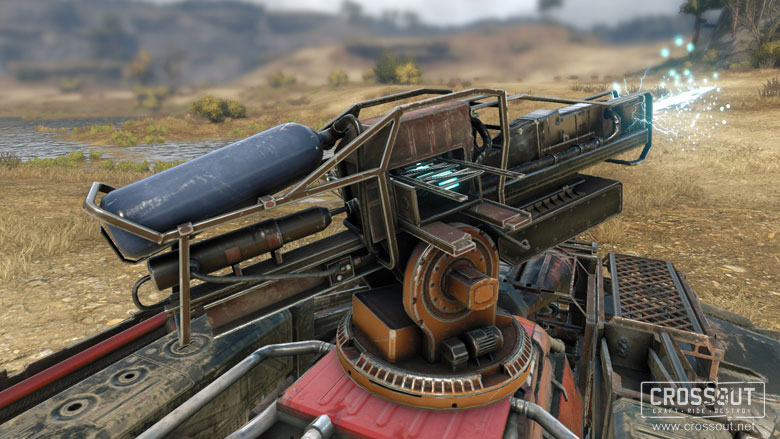 Prometheus V is another very rare variation of a popular energy weapon. However, a special modification has come into the hands of the Knechte, which not only launches deadly charges at enemies, but also accumulates damage with each subsequent shot, using specific capacitors and a pinout scheme.

But everything described above fades before the legendary weapon, which awaits the best and the most skillful survivors. 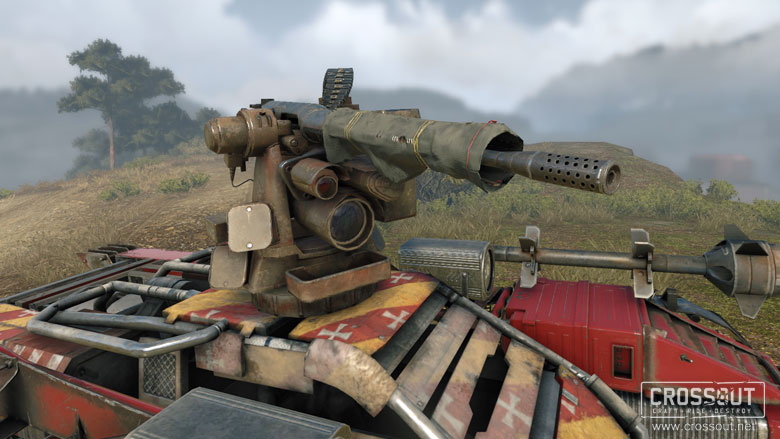 Machine gun Aspect may seem like a simple and reliable machine of destruction, which can be found in hundreds. But, like any true fighter, it hides its true essence until the last moment. True rage is dreaming inside this machine gun — superstitious survivors say that there is a berserk spirit inside. The more this weapon shoots at the enemy, the stronger the heat from the flame of hatred. But, unlike conventional machine guns — the higher the temperature of the barrel, the more damage the enemy receives. 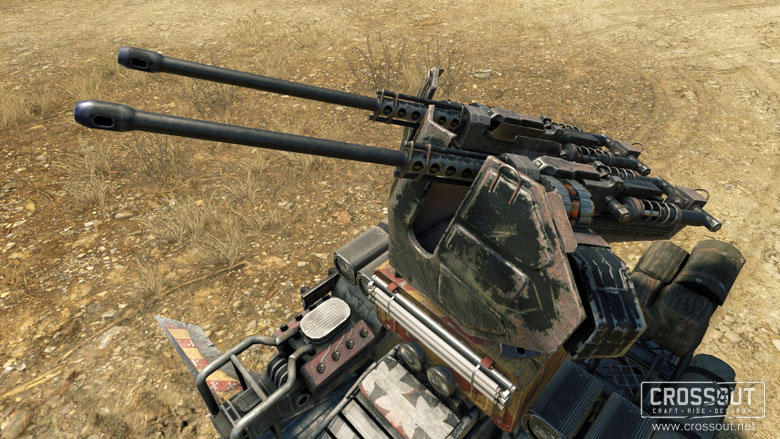 The autocannon ‘Tornado’ is also shrouded in superstitious whispers and mystery. If a berserker is enclosed in a machine gun, then the spirit of a real gunner is surely hidden in this autocannon. The longer the owner of the weapon fires at the enemy, the more accurate the shots become and the more damage the enemy receives.

Expect the visit of Martin and his Knechte on April 19, watch the news and good luck in the Wasteland, survivors.