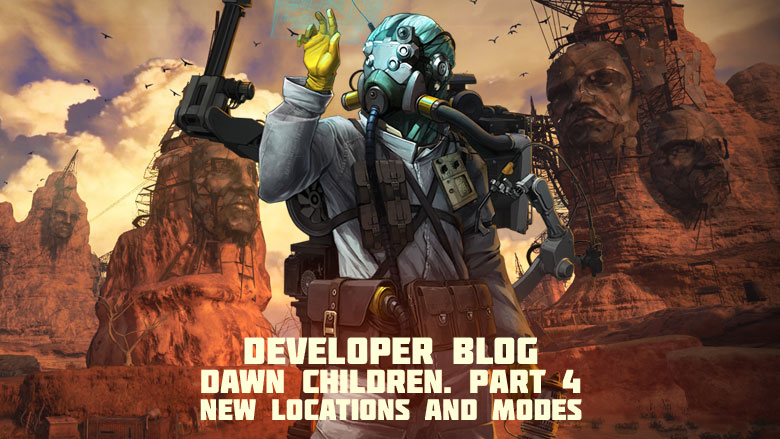 It's no secret to anyone that in the near future a new faction ‘Dawn's Children’ will appear in the game. New cabins and structural parts, new weapons, hovers and what many players have been waiting for, the return of ‘Apollo’ — will soon burst into the wasteland. However, it should be noted that these are not all the changes that the survivors can expect in the next updates. In this blog, we would like to share with you the latest information about the most significant of them. New maps, a new raid, changes in the mechanics of gaining access to factions and earning resources — sounds good, doesn't it? Let's go!

We decided to revise the mechanics of gaining access to factions, which were originally conceived as a high-level. In addition, this change allows us to more closely link the initial and high-level factions among themselves, combining their common history and aspirations. So: 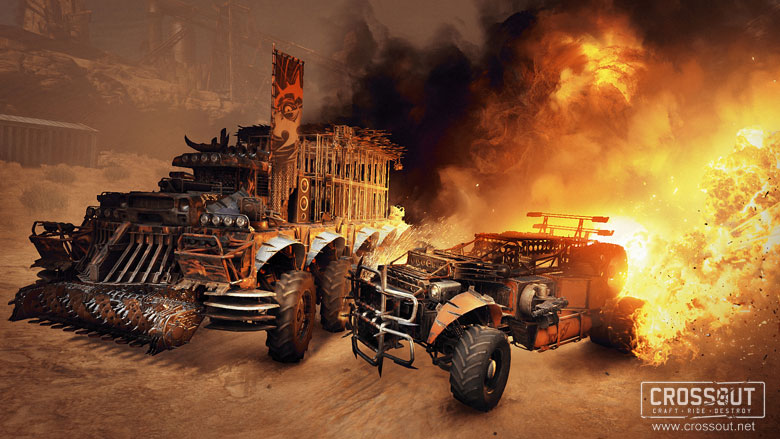 Intelligence has recorded the movement of secret Raider cargo. We can not permit its delivery, so a group of 4 players is being sent on the mission, whose task is to destroy the convoy of two trucks, six escort vehicles and an unknown number of reinforcements.

The mission is centred around the opposite side of the Escort raid. Attack the fierce raiders and do not let them deliver the goods to their destination! But don’t expect that it will be easy — the raiders are extremely attached to their gear and will protect it from any encroachment, down to the last drop of gasoline. 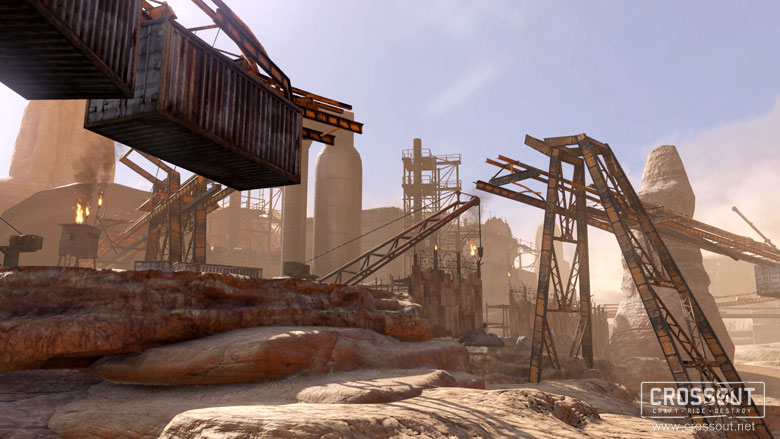 Once there was a huge mining complex, which was built on a grand scale, in the hope of extracting superprofits from rich deposits. Today the gorge is a home, a testing ground and a hunting ground for hundreds of raiders who settled in the old mines. It is through this area that the shortest trade route between the valley and the western Kaganat lies. 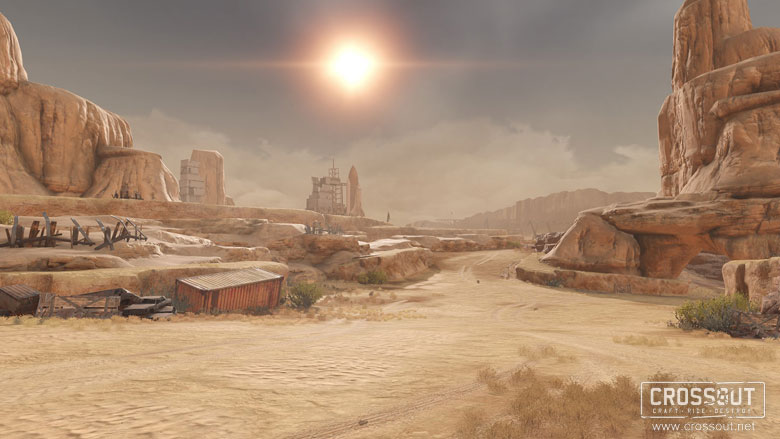 The Waderkvarn Corporation owned large areas in the south of the valley, that housed laboratories and high-tech production complexes, as well as the small closed towns serving them. One object discovered only many years after the disaster was an almost unmovable private cosmodrome with a launch vehicle prepared for launch. Was this an attempt to escape? But where? And why wasn't the ship launched? Those who survive have little interest in these issues. But valuable resources and materials found in the town at the cosmodrome, made it an arena for constant fighting.

Changes in the ‘Founders Canyon’ map

Analysis of the battles in the map ‘Founders Canyon’ showed that a very large percentage of victories are made by capturing the base. We decided to change the map by closing unnecessarily wide passages for the players. As a result, the map has been significantly redesigned:

We would like to note that in the Crossout world, resources such as wires and electronics are rare and valuable. We would like to make the process of their extraction more interesting, diverse and relevant to their significance. In addition, we believe that in the current reality all the familiar ‘Get the wires!’ and ‘Get electronics!’ missions do not fit into the lineup of other PvP missions, where the award is scrap metal and parts of common rarity. At this stage of development, we would like to fix scrap metal, as the PvP resource with which the ‘Mission’ mode will be associated with the players.

Resources (electronics and wires) are now moving to the ‘Raid’ mode. The number of raids available at the same time will be increased. As an initial (test) phase, we assume the introduction of a fixed number of specific resources for difficulty levels. therefore:

We remind you that the Developer Blog series enlightens players about preliminary plans for the development of the project. The final version may differ from the changes described above.

See you in the Wastelands!